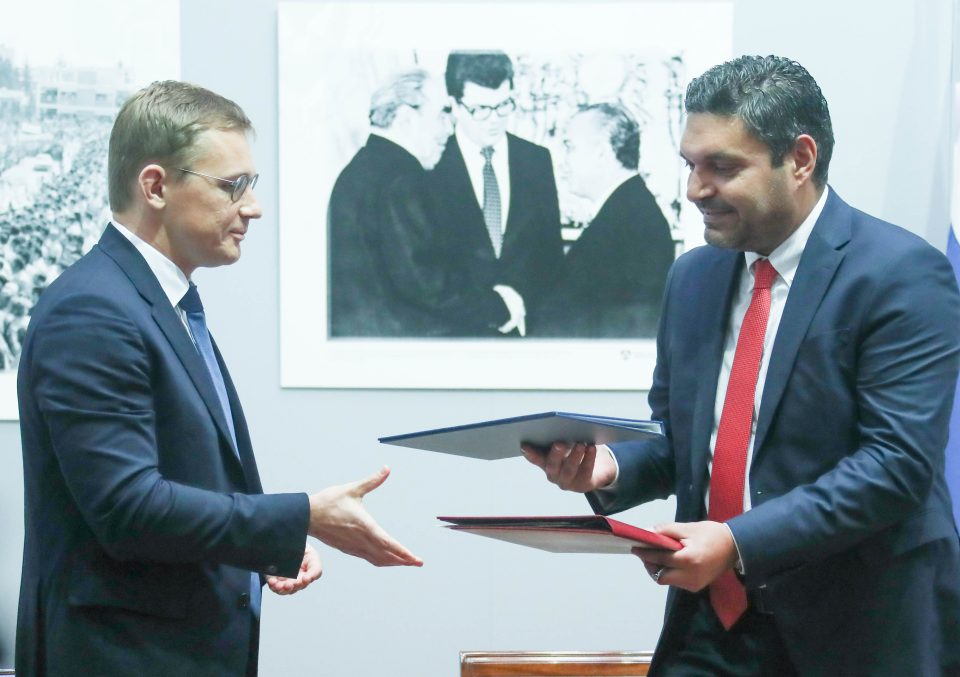 Russia and Cyprus on Tuesday signed a protocol amending the double taxation treaty following the conclusion of negotiations in August.

“Signing the protocol ensures continuation of the implementation of the double taxation avoidance treaty, which undoubtedly is beneficial for both sides since it encourages investment, trade across all sectors of the economy, but also the job market,” Finance Minister Constantinos Petrides said.

The protocol was signed by Petrides on behalf of Cyprus and Russian Deputy Minister of Finance Alexey Sazanov.

The Cypriot side ensured, among other things, the exemption from a 15 per cent withholding tax on dividends for regulated entities, such as pension funds and insurance companies, as well as listed companies.

In addition, interest payments from corporate and government bonds as well as Eurobonds are excluded from the 15 per cent withholding tax in the new Cyprus Russia Double Tax Treaty.

Any other type of Cyprus-based entities will still be able to avoid double taxation, but at a higher rate of 15 per cent.

Petrides said the government has ensured that similar provisions would be included in Russia’s double tax treaties with other EU member states to maintain a level playing field.

Before coming up with the series of exceptions, Cyprus had demanded a fair approach to all jurisdictions, and Russia seems to have moved accordingly.

Malta and Luxembourg have just agreed to amend their respective DTTs with Russia and raise the tax rates on interest and dividends from Russia to 15 per cent.

And the Netherlands have not been spared either.

The Ministry of Finance of the Netherlands received a letter from the Russian Federation with a proposal to amend the current DTT with the exact same terms as Cyprus, Malta and Luxembourg.