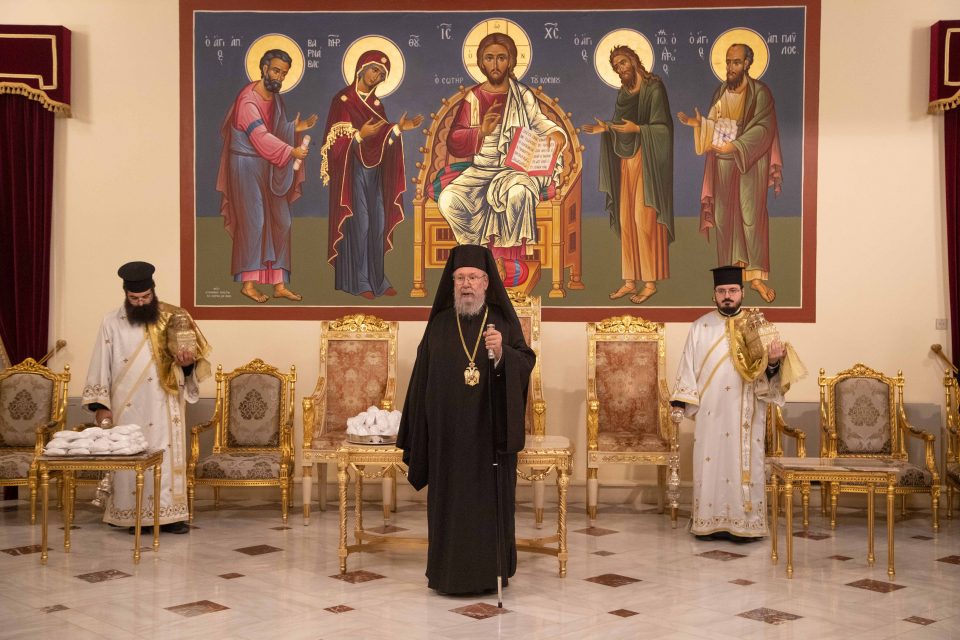 Archbishop Chrysostomos has said he will preside over a Holy Synod session on November 23 to discuss his recognition of the independence of the Orthodox Church of Ukraine – which has divided Cypriot clergy – but that the matter won’t be put to a vote.

Chrysostomos has taken flak from several bishops here after his move to commemorate the Metropolitan of Kiev and of Ukraine Epifany, thus recognising the autocephalous of the Church of Ukraine.

At the Holy Synod session in 10 days’ time, the Archbishop said, he will explain to the bishops his own reasons for essentially recognising the Metropolitan of Kiev.

However, he ruled out a vote, as some circles have been demanding.

Asked by journalists about the invective directed at him publicly by certain bishops in Cyprus, Chrysostomos said:

“They attacked me without reason, I believe. Had I killed their parents or siblings they would not have done something like this to me.”

The Prelate said he expected the bishops to discuss the matter with him privately, rather than criticize him through statements to the media.

He went on to add: “But I forgive them. I have nothing against them.”

The split started when Chrysostomos commemorated the Metropolitan of Kiev among the heads of the Churches, in this way acknowledging the autocephalous of the Church of Ukraine.

In 2018, the Russian Orthodox Church severed all relations with the Ecumenical Patriarchate over its endorsement of Ukraine’s request for an autocephalous church.

Chrysostomos’ move was opposed by members of the Holy Synod who accused him of not consulting them beforehand and breaching the neutrality of the Church of Cyprus, which they had agreed to hold.