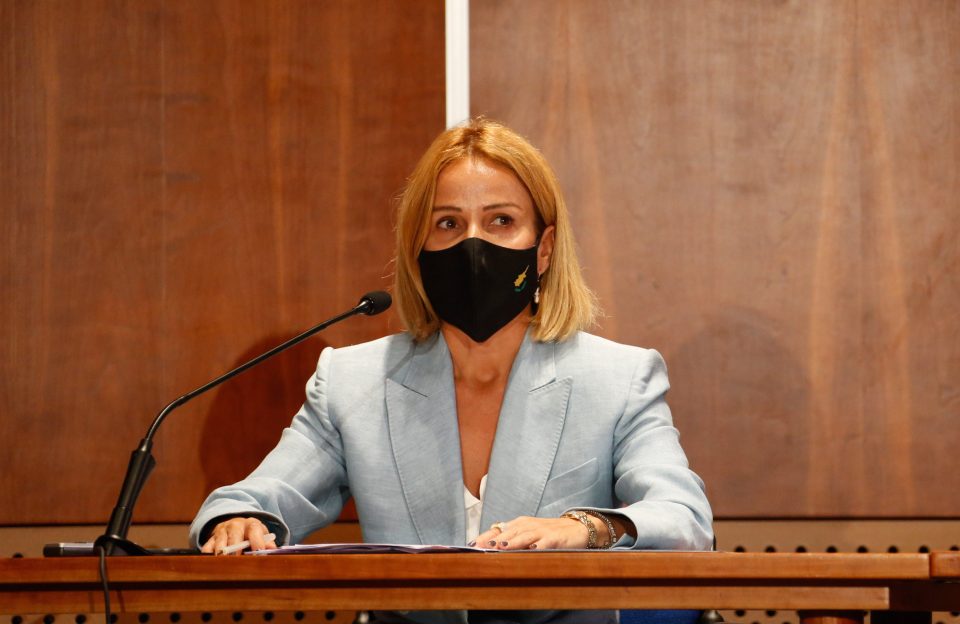 Enforcement of the restrictions designed to stop the spread of the coronavirus from hotspots Limassol and Paphos will be undertaken by the police assisted by the National Guard, Justice Minister Emily Yiolitis, said on Thursday.

“It is certain that the characteristics of the measures necessitates a larger number of resources, which does not exist at the police at the moment,” the ministers said, as a substantial number of officers is currently in isolation because of the coronavirus.

Yiolitis sought to assure the public that the military was not there to intimidate but to help the police in its mission to enforce the lockdowns imposed on Paphos and Limassol.

Speaking at a news conference, Yiolitis said the country’s epidemiological profile left the government no option but to roll out stricter measures.

“From the first moment, protecting human life was non-negotiable for the state,” she said.

But for the peoples’ sacrifices to be of value, the state had to ensure the measures were observed to the highest degree.

“It is an imperative need to strictly monitor the new measures to avert further spread of the virus,” she said. “Police officers are neither enemies not punishers.”

Yiolitis said the officers and the members of the National Guard were carrying out their duty under unprecedented conditions to ensure “the sacrifices of the overwhelming majority of our fellow citizens are not wasted.”

“They too have families, grandfathers, and grandmothers, and friends, and in this battle, there should not be opposing camps and exchanges.”

The minister said police along with the National Guard have prepared an operational plan to ensure the measures were observed.

Yiolitis said instructions to the police were to show understanding, make recommendations, and apply common sense in dealing with the public.

“I wouldn’t want to refer to roadblocks because our aim is not to create a police state, nor a military regime. We are here to help. There will be checkpoints on motorways and other areas of the countryside,” the minister said.

The first reaction came from the opposition even before the minister finished the news conference.

“To set up roadblocks with the help and presence of the army @emilyyiolitis is an unprecedented and extreme measure. Withdraw immediately because you are provoking people,” main opposition Akel MP Aristos Damianou tweeted.

He later told the state broadcaster that the ministry should use officers who were behind desks or firefighters who were technically part of the force.

Akel is generally averse to seeing soldiers on the streets although the National Guard had been used during the first wave of the virus in March to assist the police in enforcing a blanket lockdown. The army was also used to guard airports, and conscripts also carried out joint foot patrols with the police along the buffer zone late last year.

Maradona released from hospital into rehab