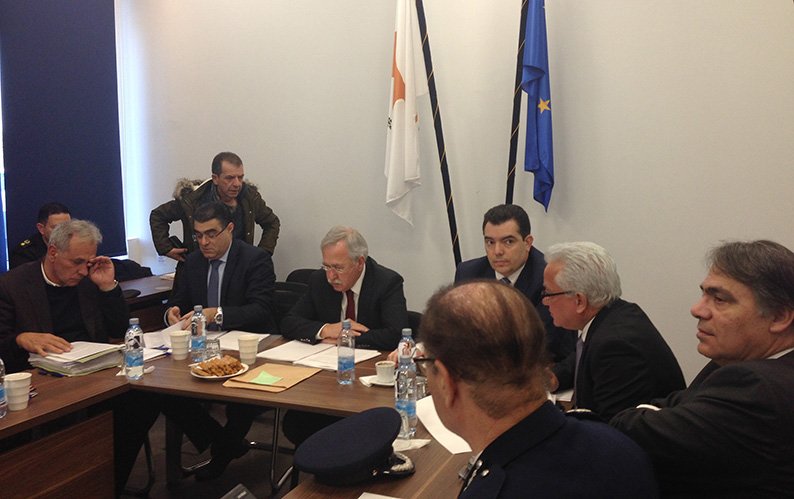 Plans for the prevention and tackling of forest fires for the 2017 summer season were discussed on Tuesday by a committee of minsters comprising interior, defence, justice and agriculture.

The meeting at the joint rescue coordination centre in Larnaca was chaired by Interior Minister Socratis Hasikos and attended among others by the Chief of the National Guard, the Fire Service, police, civil defence, public works, the forestry department, the game fund and the met office.

In statements after the meeting Hasikos said this year plans started earlier than usual “and this is not unrelated to the fact that we face a lot of work to do in terms of prevention”.

Last year two devastating fires in particular, one in Paphos and a second in the Solea regions destroyed vast swathes of forest, threatened homes and cost the lives of two firefighters.

Hasikos said the cabinet had already approved €182,000 in compensation for those who lost property but the damage to the forest areas was enormous.

Prevention would begin with taking stock of what each service had in terms of firefighting vehicles, aircraft, human resources, and what each vulnerable community had at its disposal. The minister said if some communities did not have at least a small vehicle, they should receive help in purchasing one.

Communities should also ensure that resident clear away grass and other fauna that can cause fires to jump from one area to another.

He also mentioned the growing use of cameras in some forest areas.
“From this year, we will have cameras. The centre here has its own cameras that cover a radius of 25 kilometres and will join the prevention campaign,” he said.

Training exercises in the field “not on paper” would also be part of the plan, Hasikos said.

“We will also proceed with the recruitment of seasonal forestry and agricultural officers. It not a matter of increasing the numbers but more a matter of organisation,” he added.

Volunteers would also remain a factor in both prevention and in fighting fires, the minister said.

“But volunteers should work in a way that is organised first and foremost for their own safety and to be effective in working with the other forces in play. ”
It was also the intention that the coordinating centre be staffed 24/7 during the critical summer months.  “This will be possible, there is technology, there is knowledge and we can work from there.”

Asked whether the meeting had discussed the issue of inaccessibility of certain areas in firefighting, Hasikou replied that was always an issue.

There were forest roads that would be taken care of by the forestry department to ensure that they always remained accessible in terms of moving rocks and stones. The possibility of creating new roads was being looked at sparingly because they had to take the environment – flora and fauna – into consideration.

As regards cooperation with other neighbouring countries such as Greece and Israel, Hasikos said when real-time exercises would be held, they would be invited to take part.

“We thank them once again for the help they gave us,” he added.

Asked about leasing helicopters or aircraft, Hasikos said they had not yet worked out the details for his year but it was just a matter of days or weeks. He said available funding meant they could probably lease three aircraft.