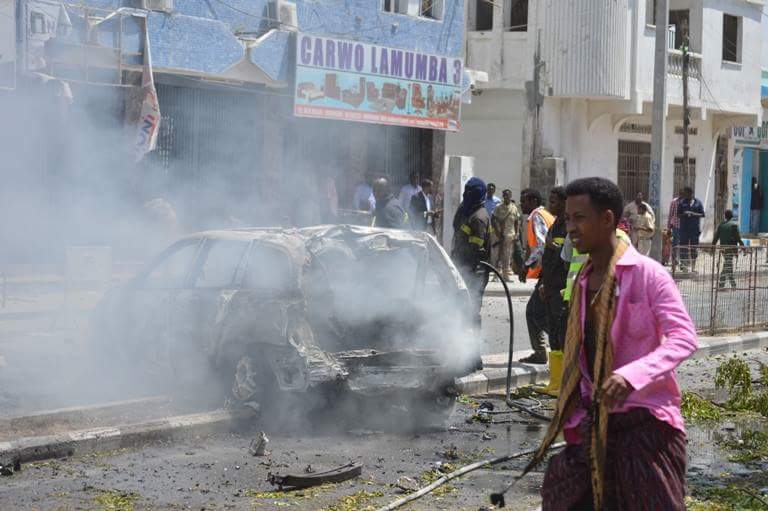 The hotel was left intact, but the explosion damaged a nearby house

A car bomb exploded near a hotel on a busy street in the Somali capital on Monday, killing at least eight people, police and medical services said, hours after another blast killed the driver of a minibus who tried to breach a checkpoint.

“We have carried eight dead people and seven others who are injured. Rescue services continue and the death toll may rise,” Abdikadir Abdirahman, director of Amin Ambulance services, told Reuters.

Police had earlier put the toll at two dead and two wounded. One Reuters witness at the scene counted 10 dead, while another had earlier seen five dead.

The hotel was left intact, but the explosion damaged a nearby house.

Hours before, a minibus exploded after police shot at it after it refused to stop as it approached a checkpoint in the capital, police officer Nur Osman told Reuters, adding that two people were wounded.

“A policeman at a check point shot at the speeding mini-bus. It exploded and killed the al Shabaab fighter that drove it,” he said.

In the past al Qaeda-linked al Shabaab have claimed responsibility for gun, grenade and bomb attacks in Somalia, and tends to focus on Mogadishu and other regions controlled by the federal government.

George Michael reportedly left his mansion to his older sister

Tyra Banks is the new host of America’s Got Talent