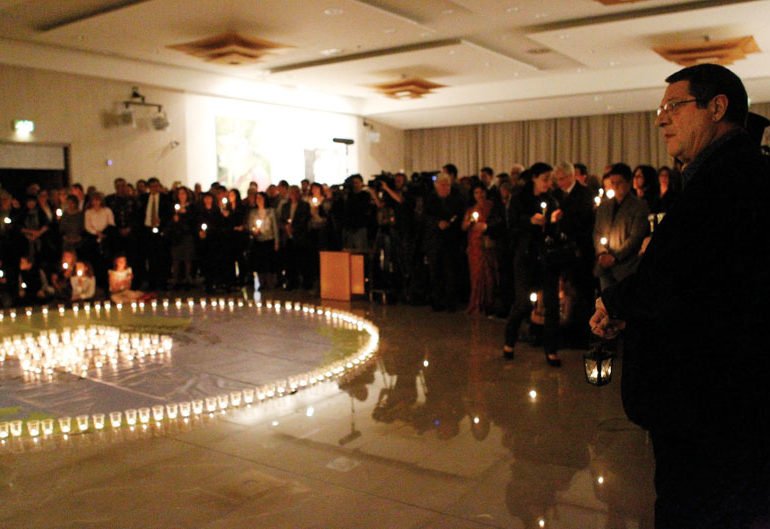 THE Green party, along with the municipalities of Nicosia and Paphos, are organising two major events to mark the annual Earth Hour on Saturday when lights are switched off for an hour in public buildings and the public is encouraged to do the same at home.

In Nicosia, the event will be held at the Presidential Palace, in the presence of President Nicos Anastasiades.

The two events are being under the auspices of the Environment Commissioner, Ioanna Panayiotou.

Earth hour, now in its 10th year, is a global movement that aims to inform and raise public awareness about the major problems facing the planet by the thoughtless destruction of the natural environment.

All across the world, authorities, communities, landmark buildings and individuals, plunge into darkness as they switch off their lights for an hour, as a global show of support for action on climate change.

Andreas Evlavis, secretary of the Paphos Greens said that the group: “Time of the Earth as Cyprus” has set a national target for 2017, the reduction of the use of plastic bags, which are harmful to the environment.

In 2015, the European Parliament passed a law to significantly reduce the use of single use plastic bags by 2019.

Evlavis said that in Paphos, Geroskipou municipality was leading the way in promoting the idea of reducing single use bags to residents and businesses in the district, and that more areas should follow their lead.

Geroskipou is currently handing out around 5,000 recycled, reusable bags to all households and shops in the municipality.

Mayor of Geroskipou, Michalis Pavlides told the Cyprus Mail that reducing the number of plastic bags being used in Cyprus was a priority for the municipality. He is incredulous that we use close to one million a day.

“In Cyprus, we use 800,000 plastic bags a day and this has to stop. We handed out around 4,000 ecological bags to houses on Thursday and today (Friday), we are handing out around one thousand more to shoppers, supermarkets and other shops.”

This is the second time the municipality has initiated such a programme, the first was two years ago. Pavlides said that he hoped that they would inspire more municipalities to undertake similar actions.

Organised by WWF, the first earth hour event took place in Sydney, Australia in 2007. A decade on, hundreds of millions of people will take part in earth hour events which are being organised all over the world this year.

Evlavis said: “It’s not so much about how much energy is saved during the hour of the lights being off, but more about highlighting the issues facing us and encouraging people to live more sustainably.”

The Earth Hour at the presidential palace will begin at 7.30pm

Earth Hour in Paphos is at the town hall square at 8pm with a cultural programme.