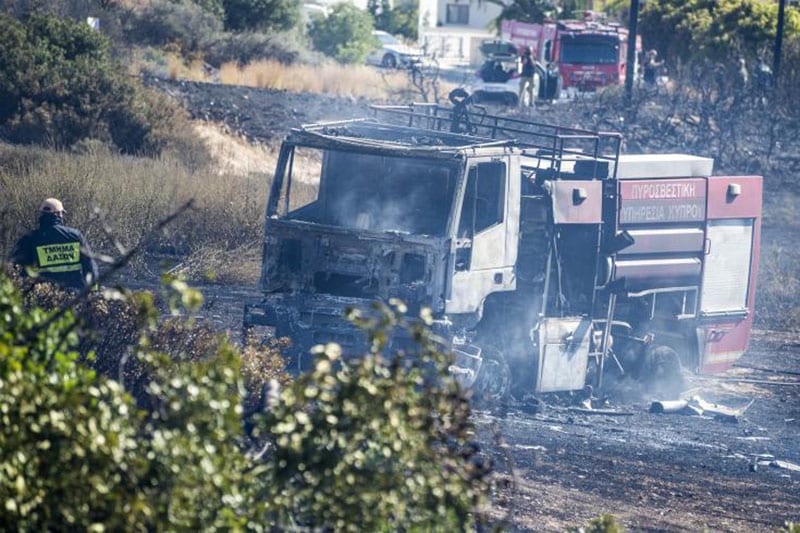 Fire fighters had a narrow escape on Tuesday after their vehicle was engulfed in flames amid efforts to contain a blaze in Mouttayiaka, Limassol.

The fire, which started at around 2pm, eventually burned some two hectares of wild shrub and carob trees, as well as the engine the fire fighters were in. It also threatened nearby homes but fire fighters managed to contain it before it could cause any damage.

Fire service chief Markos Trangolas said the three men sensed the looming danger and abandoned the vehicle to save themselves.

It happened when the wind changed direction abruptly, leaving them no time to drive away.

Initially, an effort was made to extinguish the core of the fire before it could be fanned by the wind towards the houses, the chief said.

“That is the reason the fire service vehicle burned the exact moment the wind changed violently,” he added.

The fire was put under control a couple of hours later thanks to eight fire fighting vehicles from the fire service, the forestry department and the Game Fund, and three water-dropping aircraft, two helicopters and a small plane.

Authorities are investigating the cause.

Easyjet founder pledges to leave half his fortune to charity