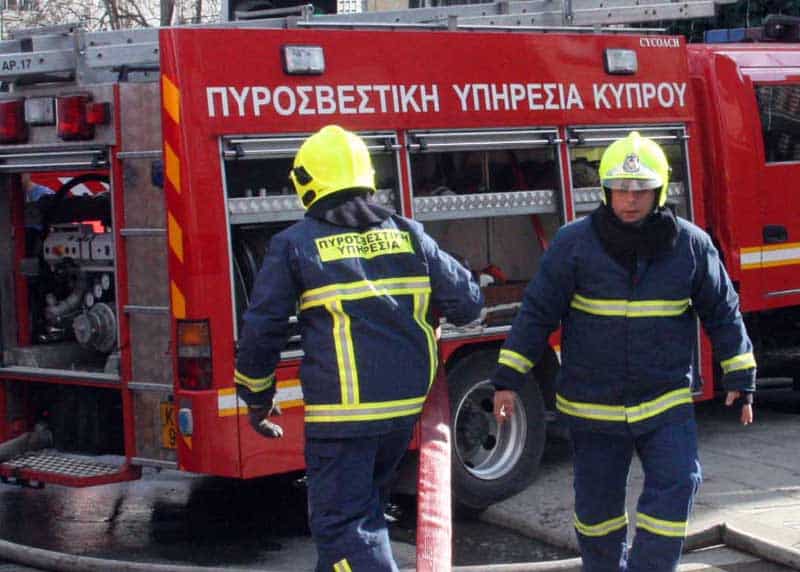 Fire-fighting crews were kept busy on Sunday as they were called in to put out five fires in several areas of the island, in two cases in residential areas.

According to the fire service spokesman Andreas Kettis there are generally more fires at the weekends because there is increased human activity outdoors.

He reiterated that in 94 per cent of cases, the human factor is responsible for the fires caused.

“Either due to ignorance, or negligence, or even maliciousness,” Kettis told the Cyprus Mail.

On Sunday, firemen and volunteers managed to put out a blaze that erupted in Sina Oros in the Nicosia mountainous area in the afternoon before spreading close to nearby houses.

The fire, according to the forestry department broke out at around 1.45pm in the Astromeritis to Troodos road, in the community of Sina Oros.

It took seven engines, a 30-men crew, a fire-fighting aircraft and the assistance of residents to put out the blaze within 20 minutes, to prevent it from spreading to houses.

Another fire erupted at around 3pm on a pile of old electrical appliances and parts outside a warehouse in the Aradippou industrial area in Larnaca. Three engines helped put out the fire an hour and a half later.

At around 3.05pm, another fire erupted in a river bank, near Kyvides in Limassol that burned around three hectares. The fire is believed to have been caused by the burning of rubbish. In total six engines, two fire-fighting helicopters and an aircraft were used to put out the fire.

Fire-fighters were also called to put out a blaze that erupted at around 4.15pm on ten large bales, which were processed for the purpose of producing planting soil, in Tersefanou in Larnaca. The fire was put out some three hours later. The fire is believed to have been caused by self-heating of the materials that led to spontaneous ignition.

At around 4.40pm, the fire-service was called in to put out another blaze that erupted in a warehouse storing wood and parts of prefabricated wooden houses in the old part of Nicosia, near the Orfeas football club, which is a densely inhabited area.

The fire was put out some 40 minutes later, before it spread to adjacent residences. Part of the warehouse roof collapsed, due to the fire.

The fire service is investigating all these cases in cooperation with the police.

Kettis said that members of the public should avoid activities that could cause fire, such as burning trimmings and garbage. He said that people who witness such activities should immediately report them so that the fire service can take action to prevent fires.

Iran: ceasefire deal should be expanded to cover all Syria