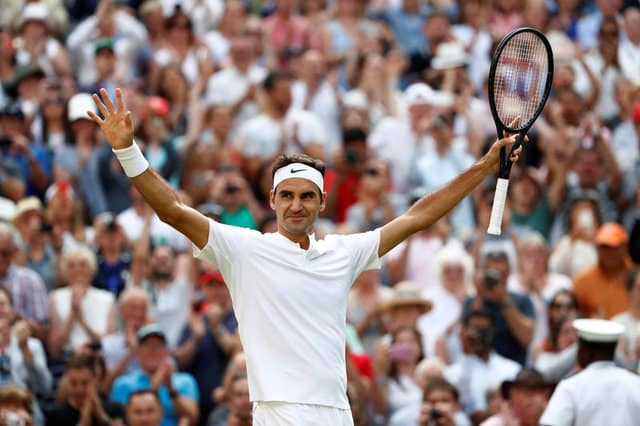 The ‘Big Four’ has become a ‘Big Three’ with the shock exit of Rafa Nadal, and the remaining trio of Roger Federer, Andy Murray and Novak Djokovic will all be aiming to prove their elite credentials in Wednesday’s quarter-finals.

Federer, a seven-times Wimbledon champion, has the toughest challenge on paper against sixth-seeded Canadian Milos Raonic.

The big-serving Canadian sixth seed Raonic, beaten finalist to Murray last year, has beaten Federer just three times in their 12 meetings, but those include their last two clashes, most recently in the 2016 Wimbledon semi-finals.

But the Swiss third seed is in much better shape than a year ago, even if he has yet to be fully tested in this tournament.

“Roger’s been the best player I think this year, hands down, when he’s been on court,” Raonic said after his fourth round victory over Alexander Zverev in five sets on Monday.

“But it’s not about six months or whatnot, it comes down to Wednesday, one day. So I have just got to try to find a way to try to be better on the day,”

Djokovic has the disadvantage of one day’s less rest because his last 16 match against Frenchman Adrian Mannarino, which he won in straight sets, had to be put back to Tuesday due to Nadal’s marathon five-set defeat by Gilles Muller on Monday.

The second seed also faces an opponent, Czech Tomas Berdych, who has plenty of experience at this stage, given he will be making his fifth quarter-final appearance at Wimbledon.

Berdych, seeded 11th, beat Djokovic in the semi-finals in 2010 before losing to Nadal in the final, but the Serb has a 25-2 record against the 31-year-old.

“He’s been around many years. He’s an established top-10 player, big game, flat shots, which are pretty good for this surface obviously where the ball bounces quite low,” said Djokovic.

“He’s someone that understands the occasion of playing big matches, big tournaments. He will not get overwhelmed by the stadium or whatever. He’s been there so many years. He’s got experience,” said Djokovic.

“For me, it’s important to start off well. I’ve played him many times. I know what I need to do. Hopefully I can execute that,” he added.

Defending champion and top seed Murray is expected to get past 24th-seeded Sam Querrey, although the American reached this stage a year ago, defeating Djokovic along the way.

Cilic, the 2014 US Open winner, is in his fourth straight quarter-final at Wimbledon and is seen by some as capable of producing a real upset at this tournament.

Order of play on the main show courts on the ninth day of the Wimbledon championships on Wednesday (play starts at 1200 GMT):

Tsitsipas fights back to beat Fognini at Indian Wells, Murray out