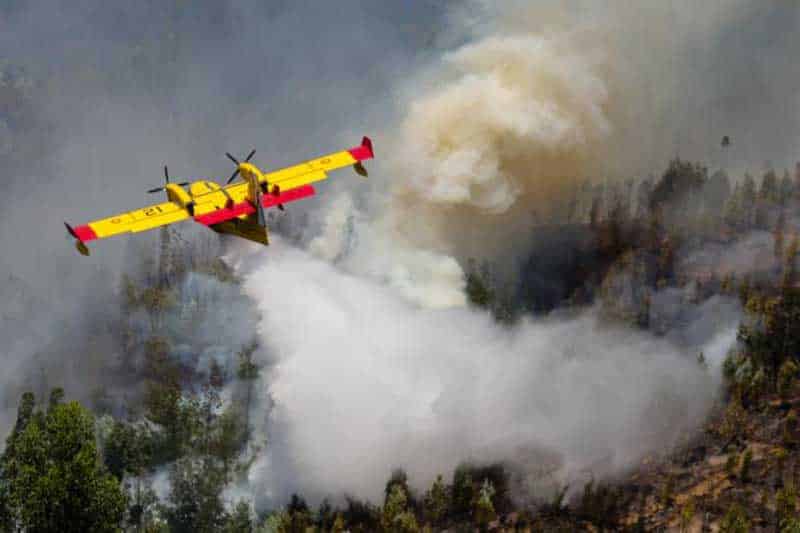 The large fire in the area of Stavrokonnou in Paphos that burned one and a half square kilometres and threatened houses on Wednesday, was possibly arson as there had been several fires on the same spot lately, the Fire Service spokesman said on Thursday.

Speaking to state broadcaster CyBC, Fire Service spokesman Andreas Kettis, said that investigations are underway as to the cause of the fire, which he believes was arson.

Until June 21, he said, there had been repeated fires on the same spot in Stavrokonnou where Wednesday’s fire erupted, “which were manifested in the midnight and morning hours”.

“We had taken some measures, relocated an observation post, had patrols in place day and night. We had no incidences until yesterday, when some people obviously succeeded in setting the fire at 1.45pm,” Kettis said.

The Fire Service, he said, is cooperating with the police as to the matter. “We told them some information based on the events, and they were to proceed with investigations and questionings”.

“We insist that behind fires is human activity, either due to ignorance, negligence or maliciousness. That is a given,” Kettis said.

Seven aircraft along with a large land crew managed to put under control the fire in four hours.

The fire broke out south of the village of Stavrokonnou, and due to the strong winds in the area, the fire quickly expanded eastwards towards the communities of Mamonia and Agios Georgios.

At some point the fire was raging out of control on four different fronts between the communities of Trachypedoula, Mamonia and Stavrokonnou, threatening residences. Police officers and civil defence forces were standing by to evacuate nearby villages, if necessary.

The fire burned an area of ​​one and a half square kilometres covered by wild vegetation, plantations of olive and citrus trees, irrigation systems and small agricultural warehouses.

In total, five helicopters and two airplanes were used, as well as 22 fire engines, the disaster response team EMAK, the forestry department, the civil defence and of local communities.

Trump says ‘something could happen’ on climate accord

Former US President Carter hospitalised over dehydration in Canada