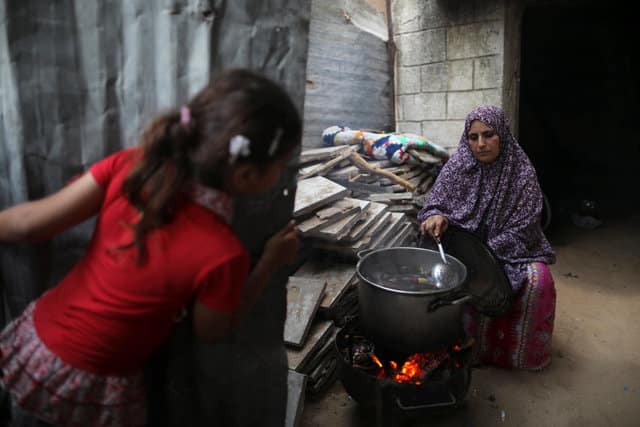 It appealed to Israel, the State of Palestinian and Hamas authorities in Gaza to resolve their conflicts.

“We are deeply concerned about the steady deterioration in the humanitarian conditions and the protection of human rights in Gaza,” UN human rights spokeswoman Ravina Shamdasani told a news briefing in Geneva.

“Israel, the State of Palestine and the authorities in Gaza are not meeting their obligations to promote and protect the rights of the residents of Gaza,” she said.

Gaza has been under an Israeli blockade since 2007 after Hamas forces seized control of the territory following a brief civil war with security forces loyal to Mahmoud Abbas, the Western-backed Palestinian president based in the West Bank. Egypt, at odds with Hamas, also maintains a blockade.

Hoping to pressure Hamas to relinquish control of Gaza, Abbas, who leads the rival Fatah faction that holds sway in the Israeli-occupied West Bank, has cut payments to Israel for the electricity it supplies to Gaza.

Shamdasani said that at the height of summer, with soaring temperatures, electricity has often been provided for less than four hours a day, and never more than six since April.

“This has a grave impact on the provision of essential health, water and sanitation services,” she added.

Families buy only enough supplies for each day as they cannot store goods in refrigerators, especially meat and dairy products.

Hospital officials complain of acute shortages of medications. The Gaza health ministry says about 40 per cent of essential medicines have run out, especially for patients with cancer, cystic fibrosis and kidney failure.

Hamas authorities in Gaza blame the Palestinian Authority for the misery while Abbas blames the Islamist group’s refusal to end its control of Gaza.

“Fatah does not accept and will not let the Palestinian National Authority become an ATM to finance this coup which destroys the possibility of establishing an independent Palestinian state,” said a Fatah statement issued on Thursday.

Abbas has vowed to keep up sanctions against Hamas-run Gaza, saying measures are aimed against Hamas and not ordinary people. In turn, Hamas is trying to make a crack in the wall of sanctions by improving ties with Egypt and other Arab countries.