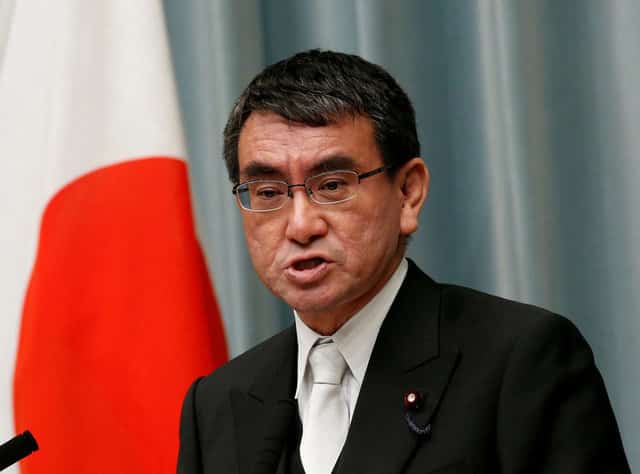 North Korea and the United States clashed at a UN forum on Tuesday over their military intentions towards one another, with Pyongyang’s envoy declaring it would “never” put its nuclear deterrent on the negotiating table.

Japan, well within reach of North Korea’s missiles, said the world must maintain pressure on the reclusive country to rein in its nuclear and missile programmes and now was not the time for a resumption of multi-party talks.

North Korea has pursued its weapons programmes in defiance of UN Security Council sanctions and ignored all calls, including from major ally China, to stop, prompting a bellicose exchange of rhetoric between the North and the United States.

North Korea justifies its weapons programmes, including its recent threat to fire missiles towards the US Pacific territory of Guam, by pointing to perceived US hostility, such as military exercises with South Korea this week.

US disarmament ambassador Robert Wood told a UN-sponsored Conference on Disarmament in Geneva US President Donald Trump’s top priority was to protect the United States and its allies against the “growing threat” from North Korea and America was ready to use “the full range of capabilities” at its disposal.

The “path to dialogue still remained an option” for Pyongyang and it had the choice between poverty and belligerence on the one hand and prosperity and acceptance.

North Korea’s envoy told the same forum the North’s nuclear deterrent would never be up for negotiation, echoing Pyongyang’s regular denunciation of US “aggression”.

“The measures taken by the DPRK to strengthen its nuclear deterrence and develop inter-continental rockets is justifiable and a legitimate option for self-defence in the face of such apparent and real threats,” diplomat Ju Yong Chol told the forum, referring to “constant nuclear threats” by the United States.

DPRK stands for the North’s official name, the Democratic People’s Republic of Korea.

Regarding joint US-South Korean military exercises that began on Monday, he warned: “The ongoing military adventure would certainly add gasoline to the fire, driving the current tense situation to further deterioration.”

Japanese Foreign Minister Taro Kono said pressure must be maintained until the North demonstrated it would give up its nuclear programme.

“It’s not the time to discuss (the resumption of) six-party talks,” Kono said, referring to stalled negotiations involving both Koreas, the United States, Russia, China and Japan.

The head of the US military’s Pacific Command said diplomacy was key.

Admiral Harry Harris was in South Korea to observe annual joint military drills with the South Korean military, which the North called a step towards nuclear conflict masterminded by “war maniacs”.

“So we hope and we work for diplomatic solutions to the challenge presented by Kim Jong Un,” Harris told reporters at a US air base in Osan, about an hour from Seoul, referring to the North Korean leader.

He said diplomacy was “the most important starting point” in response to the North’s threat, when asked what actions by North Korea might trigger a preemptive US strike against it.

“As far as a timeline, it would be crazy for me to share with you those tripwires in advance. If we did that, it would hardly be a military strategy,” he said.

The United States and South Korea began the long-planned exercises on Monday, called the Ulchi Freedom Guardian, which the allies have said are purely defensive.

The drills involve tens of thousands of troops as well as computer simulations designed to prepare for war with a nuclear-capable North Korea.

The United States and South Korea are technically still at war with the North because their 1950-53 conflict ended in a truce, not a peace treaty.

Delegations from about 20 countries spoke at the four-hour U.N. session, including Britain, France, Australia and South Korea, all of which criticised North Korea.

“I would like to repeat the appeal to the DPRK to listen to the fact that there is no alternative to stopping the different provocations and to return to dialogue,” South Korean ambassador Kim Inchul said.

“We have never threatened the DPRK with any attacks and we have never promoted the use of force.”