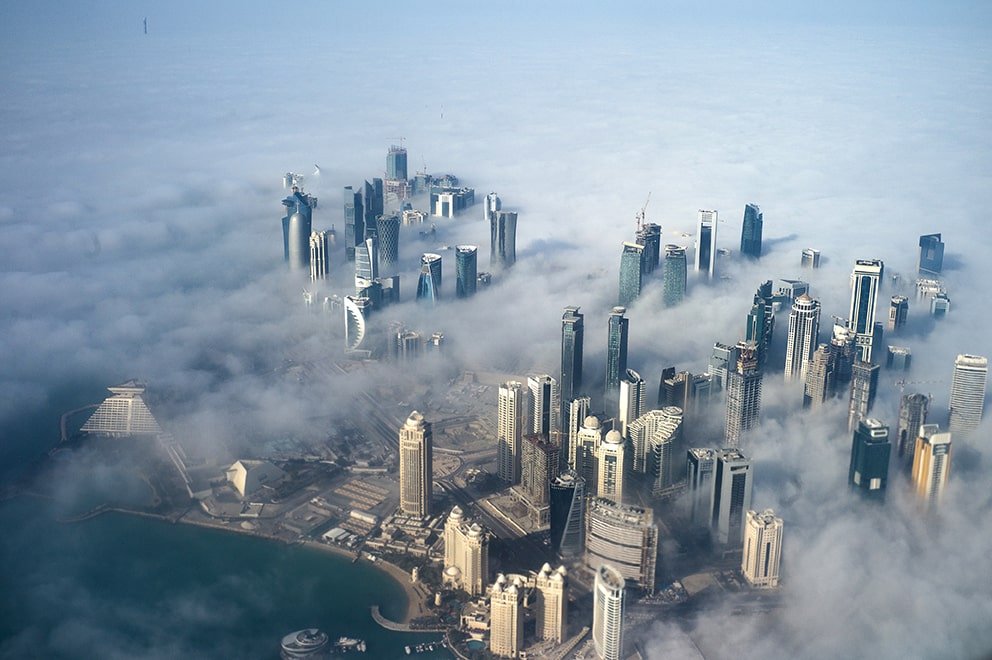 The blockade imposed on Qatar by its neighbouring countries and Egypt has not affected its relations with Cyprus which continue to develop, the country’s ambassador to Nicosia, Sultan Al-Mahmoud has told the Sunday Mail in an interview.

Almost three months after Saudi Arabia, Bahrain, Egypt and the United Arab Emirates decided to cut off diplomatic and consular relations and close all land, sea and air ports with Qatar, the small peninsular Gulf country, has been able to recover swiftly by seeking alternative markets to import goods and avoid shortages, he said.

These measures include importing some 4,000 cows to help meet milk demand and arranging to import foodstuff from Turkey and Iran.

“You may have followed the speech delivered by His Highness Sheikh Tamim bin Hamad Al-Thani, Emir of the State of Qatar, and his assertion that the Qataris have been subjected to an unprecedented blockade in international relations. However, life has been going on in Qatar since the beginning of the blockade,” the ambassador said. “The daily lives of Qataris and residents have not been affected, although the blockade was a surprise and in violation of international humanitarian law and all the customs of the region and of humanity as a whole.

“The Qatari government has been able to provide all the needs of life quickly and without scarcity of goods or affecting services so that some of the parties from the four countries were very disappointed,” the ambassador said.

But the social impact of the blockade has been truly regrettable, the ambassador said, as family relations have been cut and mixed families prevented from communicating with their relatives. The blockade is “punishing our citizens in a way that did not observe the traditions of the Gulf people and their noble morals”.

The blockade has also directly affected the lives of a large number of Qatari nationals, as violations of the rights to freedom of movement, residence and private property have been recorded in the blockading countries, the ambassador said. Thousands of Qataris who own buildings, companies and businesses in these countries have been forced to leave within 14 days.

A total of 6,474 violations of the right to family reunification were recorded involving Qatari men married to Saudi, Emirati and Bahraini wives and Qatari women married to men from these three countries.

The blockade has also affected the education sector, where a large number of Qatari students had to leave the blockading countries and were not allowed to complete their final exams.

But crucially, according to ambassador Al-Mahmoud, the blockade has not affected Qatar’s economy. “As you know, our economy is based on a solid base of $340 billion in cash reserves […]. With this balance and monetary reserves, Qatar can face all the challenges and emerge stronger and more dignified among the developed nations,” he said.

He said that Qatar will continue to implement its ambitious plans at all levels, including in the aviation sector and business transactions. “Qatar Airways is reaching all destinations and will add 24 new destinations this year, our trading is continuously growing, and you can ask our business partners about it,” he said.

On July 12, Qatar signed an agreement with the US to combat the funding of terrorism but Egypt, Bahrain, UAE and Saudi Arabia, said this was not enough and claimed that Qatar is a sponsor of terrorism, a claim Qatar vehemently denies.

“The State of Qatar does not finance terrorism and fights it in all its forms and prevents its funding, and does so with full conviction and continuously develops all its means, including bilateral and international laws and agreements. This has been witnessed by many international actors in this regard,” the ambassador said.

“Qatar became the first country to sign an agreement with the United States to combat the financing of terrorism, which the US State Department considered a good example for other countries, before expressing its hope that other countries would attach importance to that issue,” he said.

The ambassador also said that the blockading states ought to “sign such a memorandum, rather than take their negative position and describe the memorandum as insufficient”.

Since the beginning of the crisis, the ambassador said, Qatar has been calling on the blockading countries to sit down and discuss the reasons that prompted them to take these measures, instead of launching unsubstantiated accusations.

“These states have so far failed to respond to calls for dialogue and have not provided evidence to substantiate their allegations.”

Shutting down Qatar’s Al-Jazeera media network was one of 13 demands, Saudi Arabia, UAE, Bahrain, and Egypt made to lift the blockade. Qatar immediately rejected it.

Al-Jazeera TV, the ambassador said, broadcasts different opinions, and the demand to shut it down reflects these countries’ inability to tolerate freedom of opinion and expression. It was this lack of tolerance which prevented the broadcasting channels in these countries from competing with Al-Jazeera and made them unattractive to the public.

“It would have been better for these countries to improve the content of their channels and to guarantee them the freedom that allows them to compete with Al-Jazeera in a free and professional manner instead of demanding its closure,” he said.

Qatar also rejected their demands to shut down the Turkish military base established on its soil a few days after the blockade.  Turkey set up a military base in Qatar, its first in the Middle East, as part of an agreement signed in 2014.

“We categorically reject interference in bilateral agreements between countries, and we will not allow anyone to interfere in a sovereign matter, and therefore we refuse to close the Turkish military base, as a result of dictations or pressure from any party,” the ambassador said.

Despite the blockade, Qatar-Cyprus relations are developing, the ambassador said “and we look forward to elevating these relations to greater levels”.

“Certainly, the relationship between the two countries has not been and will not be affected by the blockade imposed on Qatar, because it is based on solid foundations and deep-rooted fundamentals that we seek to develop continuously,” he said.

State-owned Qatar Petroleum is one of the companies that will be drilling next year in Cyprus’ Exclusive Economic Zone for hydrocarbons.

“After their successful bid during the third licensing round, Qatar Petroleum and ExxonMobil signed the contract for the exploration and production sharing of block 10 in Cyprus’ exclusive economic zone (EEZ) on Wednesday, April 5, 2017, at the Presidential Palace,” he said.

On that day, the ambassador said, energy minister Yiorgos Lakkotrypis welcomed the commitment of the two companies to develop block 10 to conduct exploratory drilling within 2018. He also highlighted the strategic significance of ExxonMobil’s and Qatar Petroleum’s presence in the EEZ of Cyprus and, for the first time, in the Eastern Mediterranean region, especially when considering their financial strength and expertise in the field of hydrocarbons and liquified natural gas.

Trump arrives in Texas to visit victims of unprecedented floods

The only stain on the country’s image is the greedy, evil bankers