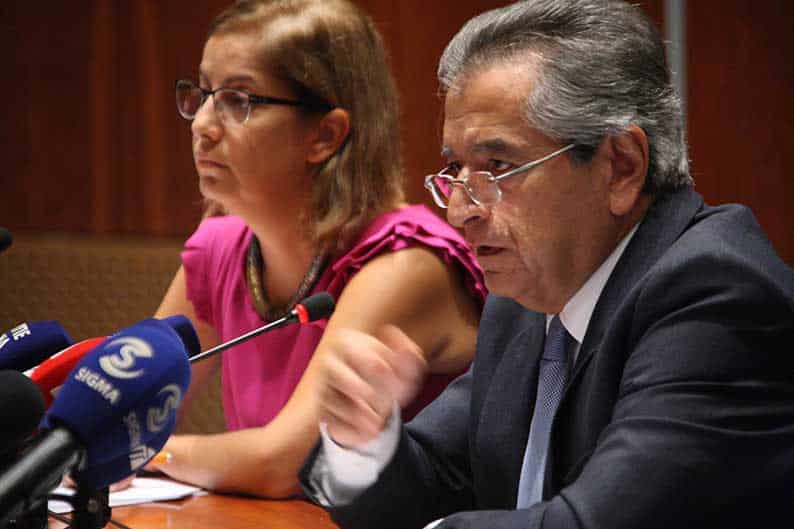 THE Legal Service must be adequately staffed and overhauled as a matter of urgency because the risk of mistakes being made in cases where large sums are at stake for the Republic of Cyprus is visible, Attorney-general Costas Clerides said on Friday.

Speaking to reporters at a news conference on the occasion of completing his fourth year at the helm of the Legal Service – “though they seem like 400 years”, he joked – Clerides listed the problems facing it and noted that “it is imperative for certain measures to be taken”.

The Legal Service, he said, has taken on a substantially greater workload since the 2013 financial crisis and the ensuing Eurogroup decisions, which resulted in the handling of “thousands of cases filed in the courts raising, among others, issues never before seen in Cypriot judicial precedent”.

“Additionally, in recent years we are seeing a substantial increase in the number of issues or questions submitted to the Legal Service by all government departments and services, in connection with the interpretation and implementation of legislation, many of which are unnecessary and result from a certain aversion to responsibility or fear of sanctions from civil servants handling such issues,” Clerides charged.

Commenting on the service’s staffing issues, the AG said the current state of affairs is “tragic”, with government lawyers “forced to work outside of their working hours at no pay just to cope with their duties and tight deadlines”.

The number of lawyers at the Legal Service, he added, was insufficient in the past, and is all the more so since March 2013.

“It is inconceivable that state lawyers are assigned hundreds of serious cases each, which, in the private sector, would comprise the workload of an entire law firm,” Clerides said, adding that the ongoing staffing problems “jeopardise the stature of the Legal Service and the state itself”.

“The risk of mistakes being made in cases where large sums are at stake for the Republic, or challenge significant decisions made by the state, is visible,” he warned.

“Increasing staff numbers at the Legal Service is a necessity. But this, in and of itself, would not be a satisfactory solution to the problem.”

In addition to more staff, Clerides explained, the Legal Service needs to be reorganized and become a truly independent department.

He said that a delegation from Ireland’s Public Service Academy will arrive in Cyprus later this month to review options and advise on the planned reorganization of the Legal Service.

“But the most important element, which, if achieved, will constitute a milestone in the history of the Legal Service and a great contribution to justice and solidifying the rule of law, is the goal of rendering the Legal Service truly independent,” the AG said.

The details of allowing the service to control its own budget will be discussed with Finance Minister Harris Georgiades, but the point is for the Legal Service – and not the minister – to decide where to funnel its money based on its own needs, Clerides explained.