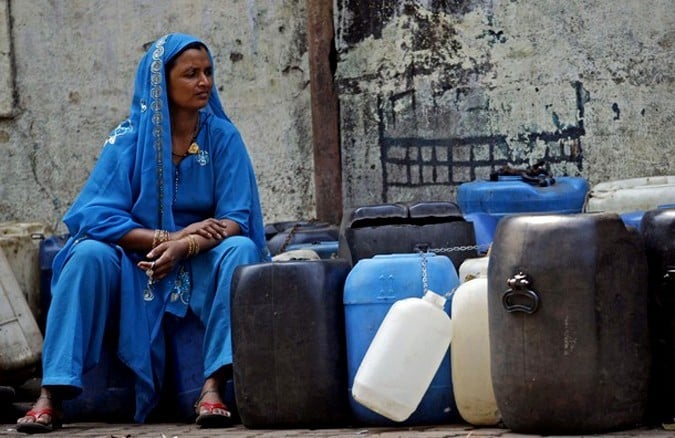 A failure to give the world’s poorest women control over their bodies could widen inequality in developing countries and thwart progress towards global goals aimed at ending poverty by 2030, the United Nations Population Fund (UNFPA) said on Tuesday.

Countless women and girls worldwide are denied a say in decisions about sex and childbirth, and struggle to access health services such as family planning, leaving them at risk of unwanted pregnancies and abortions, a UNFPA report said.

Access to birth control allows women to delay and space births, reducing mother and child deaths, boosts economies by freeing up women to work, and leads to smaller families with parents able to spend more on children’s health and education.

Yet many of the world’s poorest women – particularly the youngest, least educated and those living in rural areas – are missing out because such services are too few, too costly, or frowned upon by their families and communities, experts say.

This can widen the gender gap, reinforce inequality between the poorest and richest, and ultimately weaken economies, UNFPA said in its annual flagship ‘State of World Population’ report.

“Inequality today is not only about the haves and have nots … (it) is increasingly about the cans and cannots,” UNFPA’s executive director, Natalia Kanem, said in a statement.

“Poor women who lack the means to make their own decisions about family size or who are in poor health because of inadequate reproductive health care dominate the ranks of the cannots,” she said ahead of the launch of the report in London.

The report comes at an uncertain time for global efforts to improve family planning, with the United States, one of UNFPA’s top donors, having said in April it would stop funding the agency. The United States contributed $69 million in 2016.

In one of his first actions as US president, Donald Trump reinstated a policy known by critics as the “global gag” rule, which withholds US funding for international groups that perform abortions or tell women about legal options to do so.

International donors vowed to help the fill the funding gap at a summit on family planning in July, pledging $207 million. Yet UNFPA says it still needs an extra $700 million by 2020.

However, a rising number of countries have pledged to boost their spending on reproductive health services, as part of the Family Planning 2020 (FP2020) initiative – which aims to give 120 million more women worldwide access to birth control.

Cambodia, Senegal and Rwanda have made the biggest strides since 2005 in reducing inequalities in access to contraception, antenatal care and skilled birth attendants, and cutting neonatal deaths among the poorest mothers, the report found.

Universal access to reproductive health services would lead to economic benefits of $430 billion a year, experts say. Every $1 invested in family planning services yields up to $6 in savings on public services from health to housing, studies show.

“When people talk about inequality, they often think about money and wealth … but economic inequality is just the tip of the equality iceberg,” Richard Kollodge, senior editor of the UNFPA report, told the Thomson Reuters Foundation by phone.

“A new perspective which focuses on sexual and reproductive rights can help level the playing field,” Kollodge added.

Tsipras says no Turkish guarantees for a united Cyprus