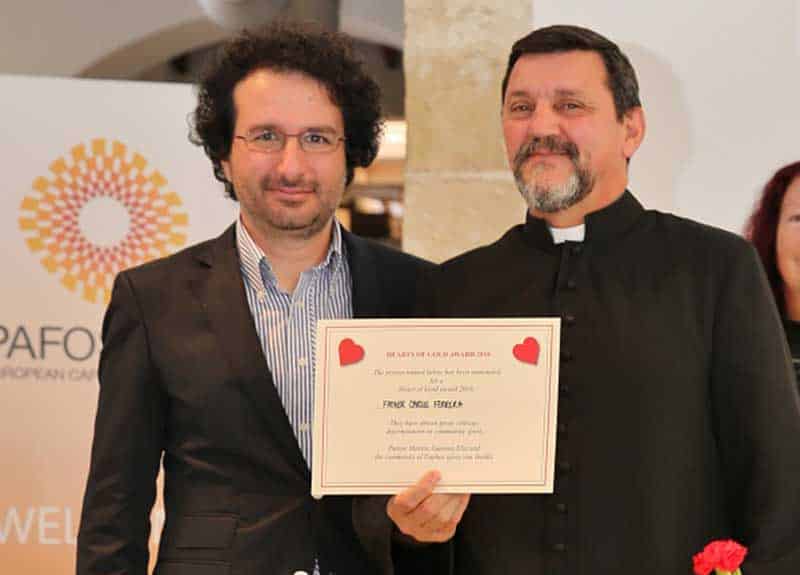 A Catholic priest is set to make his first parachute jump to raise funds to help refugees living in Paphos.
Father Carlos Ferrero told the Cyprus Mail he is looking forward to the tandem jump, which is due to take place close to Larnaca on Saturday morning.

“I’m not really nervous, just feeling excited,” he said, adding that he hopes to raise as much money as possible.

Funds raised by Father Ferrero will go to support the work of Caritas Paphos and their initiatives in the community. These include the Learning Refuge facility, a food programme and medical, legal and transportation costs.

“Many of the people we help are Syrians, although there are others such as Romanians, other Europeans including Cypriots,” Ferrero said.

Caritas helps to support around 40 families with regular food supplies and helps those “in real and dire need,” he said.

Caritas’ general aim is to make a positive difference in the lives of poor and disadvantaged people worldwide.

“The amount Father Carlos has been sponsored so far is approaching €2,000,” Chairman of Caritas Paphos Wendy Burdon said.

Members of the public or businesses that want to sponsor the jump should contact her directly, she added.

The Learning Refuge was set up around one and a half years ago and caters for children and adults. Volunteers at the centre offer their services and teach English, basic Greek, art and learning through play for toddlers.

Caritas’ food delivery programme is always in need of donations, she said, including canned foods, rice, pasta, dried beans and pulses, lentils and so on.

The initiative also has an Arabic speaking volunteer that helps to escort those with no language skills to hospital or other necessary appointments, she said.