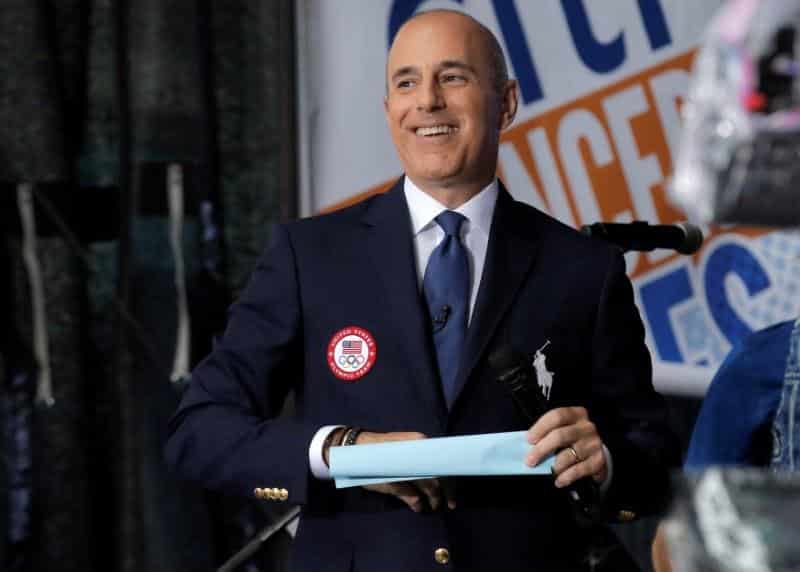 NBC News fired popular “Today” show host Matt Lauer after receiving what it called a detailed complaint from a colleague about inappropriate sexual behavior in the workplace, the network said on Wednesday.

“As a result, we’ve decided to terminate his employment,” Lack said in a statement. “While it is the first complaint about his behavior in the over twenty years he’s been at NBC News, we were also presented with reason to believe this may not have been an isolated incident.”

Lauer’s agent Ken Lindner did not respond to a request for comment.

The news was announced by “Today” co-anchors Savannah Guthrie and Hoda Kotb at the start of the talk show, a staple of US morning television for more than six decades that, NBC says, averages more than 4 million viewers.

“We just learned this moments ago just this morning,” Guthrie said, visibly shaken. “As I’m sure you can imagine we are devastated.”

Lack’s statement did not say who made the accusation. Lauer, 59, is married.

“We are deeply saddened by this turn of events,” the statement said. “But we will face it together as a news organization – and do it in as transparent a manner as we can.”

The New York Times quoted Ari Wilkenfeld, a civil rights lawyer with the firm Wilkenfeld, Herendeen & Atkinson in Washington, who said he represented the woman who made the complaint to NBC but declined to publicly identify her.

“My client and I met with representatives from NBC’s Human Resources and Legal Departments at 6 p.m. on Monday for an interview that lasted several hours. Our impression at this point is that NBC acted quickly, as all companies should, when confronted with credible allegations of sexual misconduct in the workplace,” Wilkenfeld said in a story published by the Times on Wednesday.

The law firm representing Lauer’s accuser did not immediately respond to a request for comment.

The misconduct continued after the Games, Gosk said. An NBC representative did not respond to a request for more details.

“Matt Lauer is the most powerful person at NBC News, arguably,” Geist said, referring to Lauer as a friend and mentor who he said had always led by example on the show’s set.