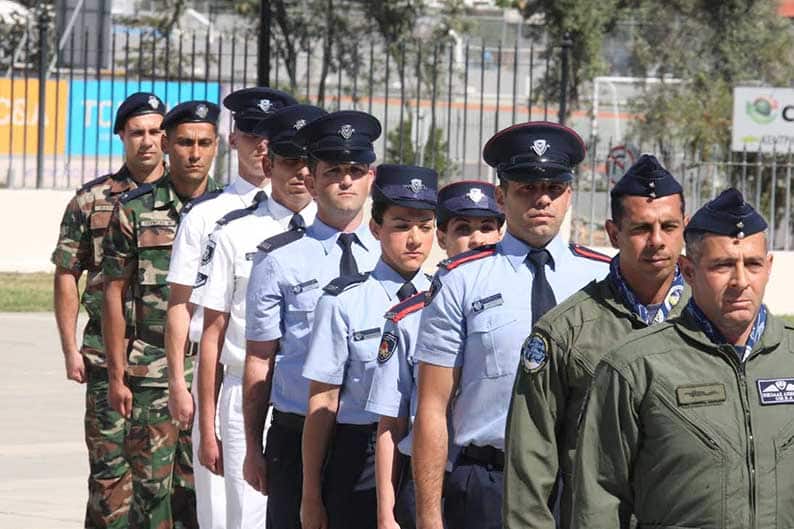 Lawmakers will on Wednesday decide whether to leave as is, two bills they passed in December concerning the establishment and operation of an internal audit service for the police, or whether to accept the president’s request for the bills’ withdrawal.

The matter was discussed on Tuesday at the House legal affairs committee which convened extraordinarily, as technically parliament is in recess until the presidential elections taking place later this month.

Most parties said they would decide on the matter on Wednesday, during a vote to take place in an extraordinary session of the House plenary.

The government bills creating an internal audit service were intended to combat and prevent corruption within the police force.

They were voted through on December 8, but only after MPs had inserted a number of amendments which, according to the government, defang the audit service and defeat its purpose.

As such, president Nicos Anastasiades refused to sign the bills as they were passed, and on December 22 he sent them back to parliament with a request that the amendments in question be withdrawn.

The police’s internal audit service – popularly referred to as ‘The Incorruptibles’ –  is to investigate police officers suspected of breaking the law. It is directly answerable to the chief of police.

The original government bills allowed the audit service – based on reasonable suspicion alone – to enter any premises in order to gather evidence or material suggesting criminal activity on the part of police officers.

The internal audit service would not need a court warrant to enter and search premises.

MPs expressed concerns over this, citing the constitution stipulating that entry into any residence is permitted only where officers of the law have a court warrant in hand or where the tenant expressly allows entry to the men with a badge.

In a bid to assuage these concerns, justice minister Ionas Nicolaou later proposed an amendment where a warrant would be required only for entry into a police officer’s residence.

But MPs went beyond this, and in amending the bills themselves they made it mandatory for the internal audit service to seek and obtain warrants for entry into any premises – whether these were a police officer’s workplace or private residence.

In addition, lawmakers inserted amendments requiring the internal audit service to obtain a court order for carrying out alcohol and drug tests on a police officer.

According to Nicolaou, these changes effectively strip the internal audit service of powers and also deprive it of the element of surprise, which is key to preventing a crime being committed.

MPs counter that police officers should have the same rights as all other all citizens.

The bills to fight police corruption largely came about as a result of the June 2016 gunning down of businessman Phanos Kalopsidiotis in Ayia Napa. At the time, Kalopsidiotis was having dinner  with two police officers.

Our View: State must re-examine incentives policy for high-rises