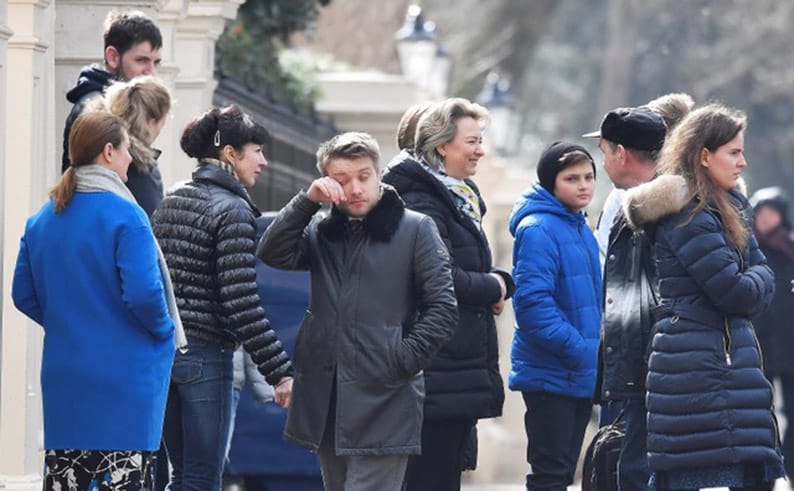 Twenty three expelled Russian diplomats and their families left the embassy in London and headed back to Moscow on Tuesday in the deepest crisis in Russian-British relations since the Cold War sparked by a nerve agent attack in England.

Prime Minister Theresa May blamed Russia for the attack on a Russian double agent and his daughter – the first known offensive use of a nerve toxin in Europe since World War Two – and gave 23 Russians whom she said were spies working under diplomatic cover one week to leave London.

Russia has repeatedly denied any involvement in the attack on Sergei Skripal and his daughter and on Saturday gave 23 British diplomats a week to leave Moscow as well as closing the British Council in Russia.

Three buses with diplomatic number plates left the Russian embassy compound in London on Tuesday morning, a Reuters photographer at the scene said. Embassy workers waved to the leaving diplomats as the buses pulled away. One diplomat held a pet in a cage.

As the diplomats leave London in the biggest tit-for-tat expulsions since Margaret Thatcher ordered Soviet spies to leave in 1985, May was due to chair a National Security Council meeting on the crisis.

Russia has refused to explain how Novichok, a nerve agent first developed by the Soviet military, was used to strike down Skripal, a former colonel in Russian military intelligence who betrayed dozens of spies to Britain.

Skripal, 66, and his 33-year-old daughter Yulia have been critically ill since they were found unconscious on a bench in the English city of Salisbury on March 4. A British policeman who was also poisoned is in a serious but stable condition.

Russia says it knows nothing about the poisoning and has repeatedly asked Britain to supply a sample of the nerve agent that was used against Skripal.

The United States and European powers say they share Britain’s belief that Russia is culpable for the poisoning though they given no indication of what they will do about it.

British Foreign Secretary Boris Johnson said last week that it was overwhelmingly likely that Russian President Vladimir Putin himself made the decision to use the toxin against Skripal.

Putin, who was elected for a fourth term in the Kremlin on Sunday, said Russia had been falsely accused.

“As for the tragedy that you mentioned, I found out about it from the media. The first thing that entered my head was that if it had been a military-grade nerve agent, the people would have died on the spot,” Putin told reporters on Sunday.

“Secondly, Russia does not have such (nerve) agents. We destroyed all our chemical weapons under the supervision of international organisations, and we did it first, unlike some of our partners who promised to do it, but unfortunately did not keep their promises,” Putin said.

A Cold War-era scientist acknowledged on Tuesday he had helped create the nerve agent, contradicting Moscow’s insistence that neither Russia nor the Soviet Union ever had such a programme.

However, Professor Leonid Rink told the RIA news agency that the attack did not look like Moscow’s work because Skripal and his daughter had not died immediately.

“It’s hard to believe that the Russians were involved, given that all of those caught up in the incident are still alive,” he said. “Such outrageous incompetence by the alleged (Russian) spies would have simply been laughable and unacceptable.”

Inspectors from the world’s chemical weapons watchdog have begun examining the poison used in the attack.

Navratilova: BBC cannot be serious paying McEnroe so much more