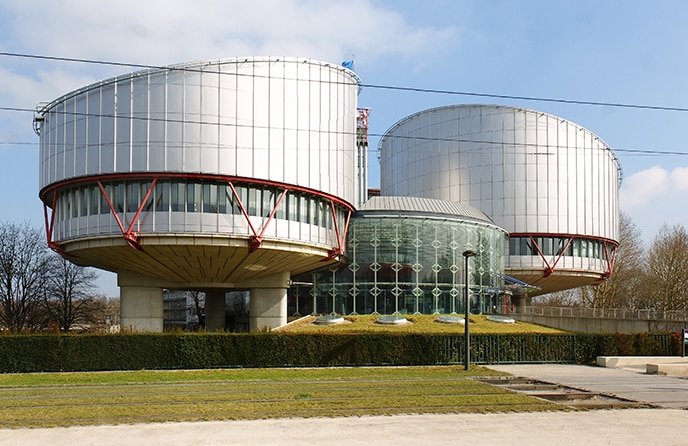 I was busy mugging up the law on human rights last week preparing for the case in front of the Grand Chamber of the Court of Human Rights in Strasbourg in Guzelyurtlu against Cyprus and Turkey.

It turned out to be a unique experience, not least because I have never been surrounded by so many judges at the bar of a courtroom. So much so it was a relief to share the front row with the attorney-general of Cyprus and Clare Montgomery QC, queen of English extradition law, for Cyprus and the formidable professor Stefan Talmon for Turkey as opponents.

The court will now deliberate and decide, and it would not be right to comment anymore about the legal aspects of the case than is absolutely necessary, save to say that an oral hearing sharpens and refines the issues a lot better than written submissions. It is the poetry of legal procedure because like poetry it reveals the truth in style.

There were seventeen judges of the court in horseshoe formation en face and a huge number of visiting judges from Russia and Turkey sitting behind, dissecting every submission I deployed in principle, logic and precedent in support of the need to protect the individual’s right to life against claims by the states to override it.

Lord Atkin, the famous English judge, said of the judiciary in an internment case during the war that some English judges of his day were more ‘executive-minded than the executive’. This cannot be said of the Strasbourg court because its raison d’etre is to be more protective of individual human rights than the individual if it is going to perform its function of ensuring states observe the engagements they have undertaken under the Convention to secure rights.

But Strasbourg is not just a court of law as lawyers seem to think when they say they’ll take a case to Strasbourg. It is a city with a history and a past – not all of it tolerant of diversity and protective of human rights.

Strasbourg is a composite word that means ‘city of crossroads’. Like Cyprus, it has been much traversed. Every time France and Germany went to war, which they did three times between 1871 and 1945, it was taken over by the winning side, and yet it has survived and thrived and is now the seat of the most successful international court in history.

At present, it is under French sovereignty but it does not feel as French as say, Normandy or Aquitaine. It feels what it is – a hybrid trying very hard to be French and succeeding but only up to a point. It is the second capital of Europe but with a much wider remit than Brussels in the field of human rights protection.

Observing this phenomenon during my four-day sojourn there my mind began to wonder whether if the political problem in Cyprus were sorted, we too would achieve the status of a hybrid state and become some sort of hub. I may be wrong about this but the odd thing about Cypriots is that they are not hybrid at all despite the fear and loathing harboured by some against the other community. Perhaps it is because they are a small-island people, a fact of geography they cannot escape.

Cypriots speak different languages and they have different religions, and lately they are becoming more alienated from each other over gas and the rise of president Erdogan, but their DNA is the same, and perhaps at an unconscious level the genetic make-up overrides outward differences in a way that does not occur between the French and the Germans in Alsace.

Strasbourg was first occupied by France in 1681 until Germany, led by Chancellor Otto Von Bismarck, defeated France in the 1871 war of German unification when Alsace, where Strasbourg is situated, was ceded to Germany and came under direct imperial rule.

The people of Strasbourg are French and German and apparently they rejoice in their diversity in their own way. For a very short period, just before French rule was restored in 1919, Strasbourg declared itself an independent Soviet republic for a couple of weeks, but the French army put paid to that very quickly. Also during Nazi times, its citizens fought on both sides during World War II and some even joined the Waffen SS – the Nazi party’s elite corps – and perished on the Eastern front. The European project has worked well, however, and Strasbourg is rightly the home of many European Institutions.

Architecturally, the city has a Teutonic feel. Not so the Human Rights Building which houses the Court. According to the literature of the Council of Europe, it is a ‘highly symbolic emblematic architectural work which is now part of French cultural heritage.’ It was designed by the British architect, Lord Richard Rogers, and was inaugurated in 1995 just when its jurisdiction expanded to take in the whole of East Europe and Russia after the collapse of the Soviet Union.

The building reflects this development and the huge increase in the European legal space. Its style is post-modern 20th Century fin de siecle. Very high tech, full of natural light that is fitting for a place that beams natural rights across the whole of Europe. But the area around the building has no soul. It lacks the human touch of the cafes and bars and pubs around the Royal Courts of Justice in the Strand in London, where lawyers celebrate or drown their sorrows after court and where they lunch and dine in hall and laugh and tell funny stories from the courtroom.

The cuisine in Strasbourg is Alsatian which is more German than French: German sausages and sauerkraut. But even when washed down with Alsatian beer or a few glasses of the local Pinot Noir red, it is not much to write home about. Bismarck is credited with famously saying that ‘laws are like sausages – it is best not to see them being made.’ But I beg to differ about whether that applies to lawmaking by the European Court of Human Rights which is based on the Convention that is a living document expounded by eminent jurists that makes the law chime with the times.

The law-making Bismarck was referring to is the backroom dealing and ruthless backstabbing that used to take place in smoke-filled rooms between politicians before laws got on the statute book. The Human Rights Court is at the apex of protection of human rights within the legal space of Europe from Vladivostok in Eurasian Russia to Reykjavik in Iceland and from Norway to Cyprus and all 47 states within those coordinates that are members of the Council of Europe.

I first went to Strasbourg in 1992 to attend a conference on refugee law – basically to learn the ropes on how to use the human rights convention and the Strasbourg court in refugee cases. Since then human rights law has developed in leaps and bounds. In 1998 the UK incorporated the Human Rights Convention into UK domestic law in order to bring the Convention home. The idea was that it could be pleaded directly in the UK courts rather than having to go to Strasbourg to claim its protection.

The effect of incorporation has been that the profession and the judiciary, as well as government departments, have become conscious of fundamental rights a lot more than previously and this has made Britain a better place to live.

There is a lot to be said for laws that in the long term make people change their attitudes, but this can only be done if government leads by example and learns to respect rather than fear Strasbourg.

Joshua calls out Wilder after beating Parker on points