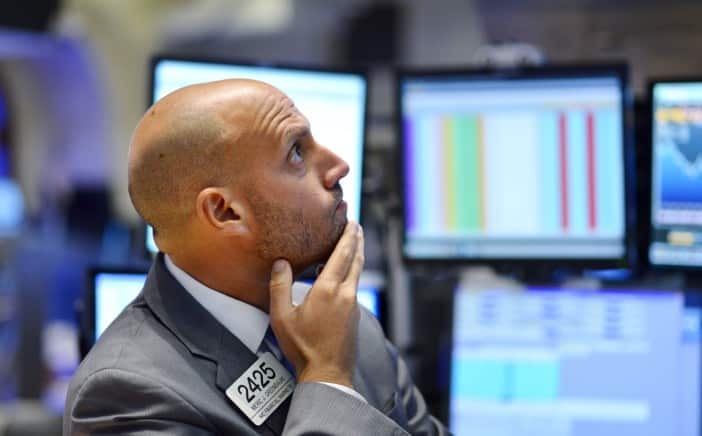 Wall Street shares nosedived on Monday, with the Dow falling to its lowest level of the year and the S&P 500 and Nasdaq each poised for the biggest daily percentage drop since February 8, as investors fled technology stocks and trade war fears were stoked anew.

The S&P 500 and the Dow Jones Industrial Average dipped below their 200-day averages driven by drops in Amazon.com, Tesla, Microsoft, among others, sidelining the retaliatory trade measures China unveiled on Sunday.

“I think this is still primarily a tech-led selloff and what we’ve learned over the past two weeks is just how overweight investors were in technology,” said Nicholas Colas, co-founder of Datatrek Research in New York. “Now there is a fundamental reset on how much tech exposure investors are willing to bear.”

Amazon.com was the biggest drag on the S&P 500, down 5.9 percent, as President Donald Trump launched his latest in a series of Twitter attacks on the online retailer.

All 11 major sectors of the S&P 500 were in negative territory.

The S&P 500 Technology index was down 3.5 percent. The tech-laden Nasdaq was dragged lower by Microsoft, Intel, Apple Inc, Facebook and Alphabet.

Shares of Tesla Inc were down 5.2 percent after the company was reported to be making 2,000 Model 3s per week, missing its 2,500 target.

The electric automaker’s losses extend last week’s near 14-percent decline as investigations of a fatal California crash and a Moody’s credit downgrade weighed on the stock.

Humana Inc shares were up 3.2 percent on news that the health insurer was in talks with Walmart to expand their partnership or to potentially be acquired by the retailer. Walmart stock fell 4.5 percent on the news.

Declining issues outnumbered advancing ones on the NYSE by a 4.81-to-1 ratio; on Nasdaq, a 4.50-to-1 ratio favoured decliners.