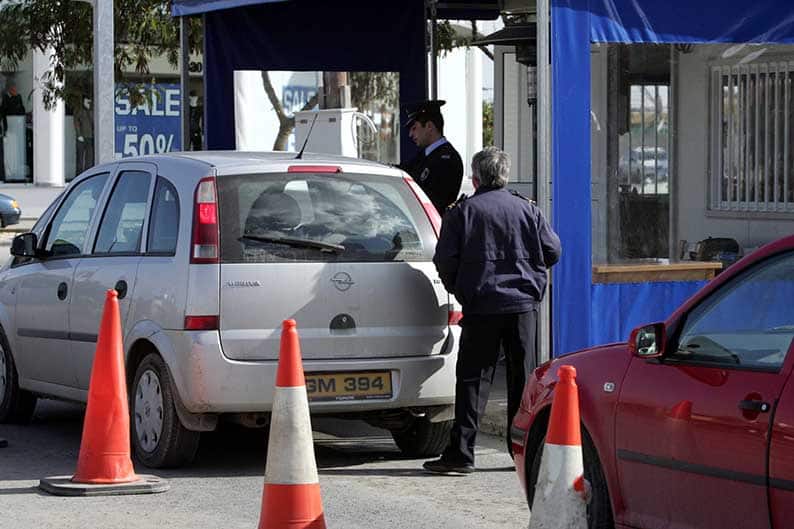 Sek union wants the government to demand the EU review the 2004 Green Line regulation that provides the rules for trade across the divide because it was “reaching worrying proportions”, it said on Wednesday.

In its announcement, Sek refers to a massive fuel market involving trucks and other commercial vehicles “with the result that the state is losing millions from fuel tax losses”.

It also mentions complaints from Greek Cypriot agricultural organisations that produce of Turkish Cypriot origin is of dubious quality and without sufficient controls. The Green Line Regulation it said, operates unfairly against companies operating in government-controlled areas.

In addition, the announcement said that marble from the “occupied Pentadactylos” mountains, that is brought across for construction had been used in government buildings or in schools “under the guise of the Green Line regulation”.

“In fact, it seems that something is not working properly and the legitimate citizens such as consumers, but also many companies, are victims of unfair competition from dubious quality products of Turkish or Turkish Cypriot origin,” Sek said. “It seems there is a form of underground economy operating at the expense of a legitimate economy,” it added.

“The government must ask the European Union to reconsider the scope and role of the regulation to protect both the economy and public revenues and to protect citizens and public health from any food nightmare being imported – from Turkey through the occupied areas.”

It asks the government to at least name the taxi offices and other commercial vehicles that buy fuel from the north so that consumers can be informed.

On Tuesday socialist Edek and the Solidarity Movement complained that two more crossings were due to be opened this summer one at Dherynia and one at Lefka. Both said the opening of Dherynia would mean unfair competition for Greek Cypriot farmers and small businesses in the area, and facilitate the movement of tourists to Famagusta in the north.

Just a week ago,  the customs department seized 150 litres of gasoline and 190 litres of diesel which were illegally imported from the north in March, they said.

Seven such violations were uncovered at the crossing points of Ayios Dhometios and Astromeritis-Zodia during the month, and a total of €1,060 in fines were imposed. The seized fuel had been transported in cannisters.

It is not illegal to buy fuel outright, as the Green Line regulations don’t limit the amount of petrol you fill your car with, as long it is for your own use and not for commercial gain. The regulations were created to make the life of people living on both sides easier, and a person may be exempted from duties in certain cases.

Filling a car while going for a drive in the north would fall under this regulation, unless there is a change in the legislation. But the employer of a taxi company who sends the fleet over regularly to put petrol is not allowed to do that.

In February this year,  farmers called for a stop to the transport of potatoes from the north as tonnes of their own produce was being left unsold.

In a letter to Agriculture Minister, Nicos Kouyialis, the farmers’ associations Eka, Pek, Panagrotikos, Nea Agrotiki Kinisi and Evroagrotikos, protested the transport of around 2,500 tonnes of potatoes from the north under the Green Line regulations by a number of merchants.

The Green Line regulations were put in place when Cyprus became an EU member state in 2004 and lay down special rules concerning goods crossing the line between the areas of the Republic of Cyprus and the north. Items, excluding animal products, must be certified Turkish Cypriot under the rules.

UN will announce appointment of envoy when it’s ready