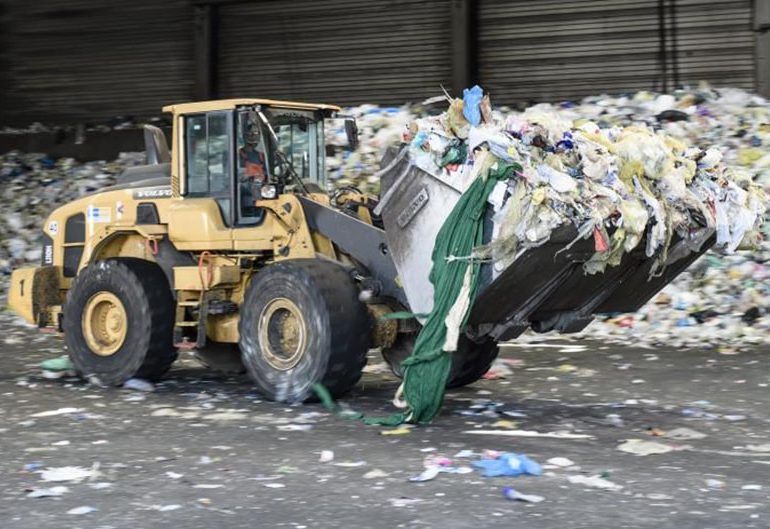 The plant at Pentakomo serves the entire Limassol district

In last Sunday’s issue there was a report about the waste treatment plant in Pentakomo that was set up in order for the Vati landfill, to which all the Limassol solid household waste was taken, to be closed. The European Commission has been pressuring successive governments since 2009 to put a plan in place to close the landfills in line with EU directives, but nine years later, thanks to a killer mix of incompetence and corruption we have spent huge amounts of money for very little progress.

In 2013 the Republic was censured by the EU for failing to close the landfills it was using for solid waste and now if it fails to close Kotsiatis down we are liable to pay €30,000 a day fine. It is unclear if the fine will be retroactive but if it is we would have to pay tens of millions of euro. The government has now agreed a rate with Helector, for taking Nicosia’s solid household waste to the Koshi treatment plant, but this is subject to the auditor-general lifting his objections to the move. In the end, he will have no choice because he would not want to take the responsibility for the daily fine.

Governments have been trying to formulate a strategic plan for waste that would be in line with EU policies and guidelines since Tassos Papadopoulos was president but one money-wasting mess follows the other. The Koshi treatment plant, which takes household solid waste of the Larnaca and Famagusta districts produces compost that is buried. It has spare capacity and will now do the same for the Nicosia district waste so that Kotsiatis landfill is closed down, but the solution is only temporary. While the burying of treated waste is acceptable for now, from 2020 the EU has set high recycling targets as part of the drive for a circular economy.

Under the circumstances, it seemed rather stupid that the Pentakomo treatment plant, which only started operating last November, is burying its treated rubbish, even though the intention was to use it for power generation. As if this were not bad enough residents of the area where the treated waste is being buried are complaining about the smell.  After spending a little more than €70 million on the Limassol plant we are nowhere near solving the solid waste issue, while the charge for taking in rubbish is set to double and the cost passed on to households. Limassol municipalities have said they would refuse to take delivery of the plant, if the entry fee per tonne of waste is markedly higher than the €19 per tonne agreed – it is forecasted to be closer to €40.

The main reason for this is that the plant produces a mixture of poor quality solid recovered fuel (SRF) and refuse-derived fuel (RDF) for which there is no demand. This is of no concern to the treatment plant operators because in the tender specs it was stipulated that the treated waste would be the ownership of the state (corruption or incompetence?), which was thus responsible for finding a buyer or, more appropriately, paying a firm abroad to take delivery and use it after the 2020 deadline. Given the poor quality of the SRF/RDF it is questionable any takers would be found without being paid a premium.

The seeds for this fiasco were sowed during the Papadopoulos presidency, which awarded the construction and management of mechanical biological treatment plant (MBT) to the Greek company Helector, on conditions heaped in favour of the contractor. Even back then, MBT was a questionable method for treating waste because there was little demand for the SRF, a point made in a study by international consultants. The technology belonged to a German firm that went bankrupt and was bought on the cheap by Helector, which brought it to Cyprus and installed in Koshi, where it produced compost. As if this was not bad enough, the Akel government subsequently decided on three more MBT plants – starting with the one in Pentakomo – that would produce SRF which would subsequently be put in an incinerator to produce electricity. Even after the idea of the incinerator was abandoned, because the cost was too high the plan for the MBT plants remained. Fortunately for the taxpayer, only one was set up.

The Pentakomo fiasco could have been avoided if the technocrats listened to the EU, which advised against using MBT technology but instead inviting bidders to propose new technology for the plant. Ignored by our wise technocrats it then suggested that bidders should have experience in solid waste treatment. Instead, ministry technocrats decided on an open procedure and the contract was awarded to two construction firms (one eventually withdrew) that had never before undertaken solid waste treatment projects.

Interestingly, the winning bid for Pentakomo was about €50 million lower than the technocrats’ estimate of the cost for the plant, but like most badly-thought out decisions, the cost that will be incurred as a result of this saving will be much higher.