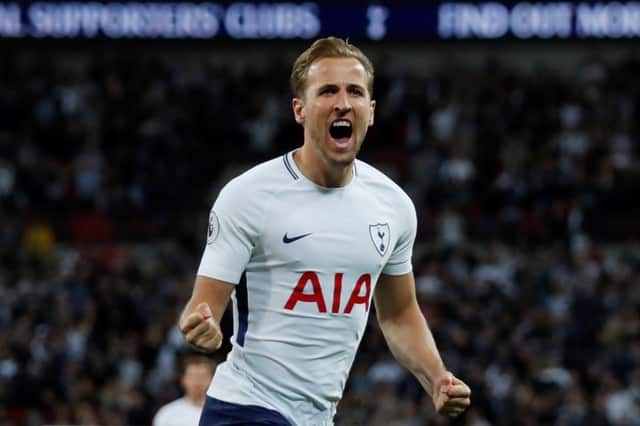 Tottenham Hotspur’s England striker Harry Kane struck early in the second half to secure a 1-0 win over Newcastle United on Wednesday and ensure a top-four Premier League finish and Champions League qualification for next season.

Tottenham’s win left them four points clear of London rivals Chelsea with one round of games remaining this season.

Kane struck five minutes into the second half with a precise finish from inside the area after being fed by Son Heung-min to relieve the tension that had built up inside Wembley Stadium.

Newcastle almost scored early in the first half when Jonjo Shelvey’s free kick clipped the post but Spurs improved after the break and Kane grabbed his 28th league goal of the season.

In an earlier kick-off, Chelsea suffered a heavy blow in their late-season push for a Champions League spot when they were held to a 1-1 draw at home to struggling Huddersfield Town.

Huddersfield, who needed a point to be sure of avoiding relegation, took a shock lead in the 50th minute when a long ball from Aaron Mooy found Laurent Depoitre who won a challenge with Chelsea goalkeeper Willy Caballero on the edge of the box and put the ball in the empty net.

It was Huddersfield’s first attempt on goal and Chelsea were back level 13 minutes later when a defensive clearance struck Marcos Alonso on the head and rebounded into the net.

Chelsea kept up the pressure as they pushed for a winner and Huddersfield keeper Jonas Lossl turned a header by Andreas Christensen on to the post.

But the visitors held on to secure their Premier League status and Chelsea remained outside the Champions League spots in fifth place with one game left in the season.

Goals from Danilo, Bernardo Silva and Fernandinho saw City, who had suffered a goalless blip against Huddersfield Town on Sunday, take their season’s total to 97 points, eclipsing Chelsea’s Premier League-era record of 95 set in 2004-05.

Ivorian Toure could not land the dream goal to cap his splendid City career but City’s two first-half strikes, separated by a Leonardo Ulloa header for Brighton, ensured another record for most goals in a Premier League campaign.

City, who notched a 105th of the campaign through Fernandinho after the break, can now become the first English top-flight team to finish a season with a century of points and 32 wins should they prevail at Southampton on Sunday.

Leicester striker Jamie Vardy meanwhile scored his sixth goal in as many Premier League games against Arsenal to help them to a 3-1 home win over the London club, who were reduced to 10 men in the first half.

Iheanacho fired the Foxes ahead with a sharp left-footed shot from the centre of the penalty area in the 14th minute and Arsenal defender Konstantinos Mavropanos was sent off straight after the restart for hauling down the forward.

Aubameyang buried his own rebound into the top corner shortly after the break. Arsenal, however, could not hold on as Vardy converted a spot-kick after Demarai Gray was fouled and Mahrez sealed the win with a 90th-minute solo effort.

Our View: Sympathy over Varosha cannot mask a painful truth