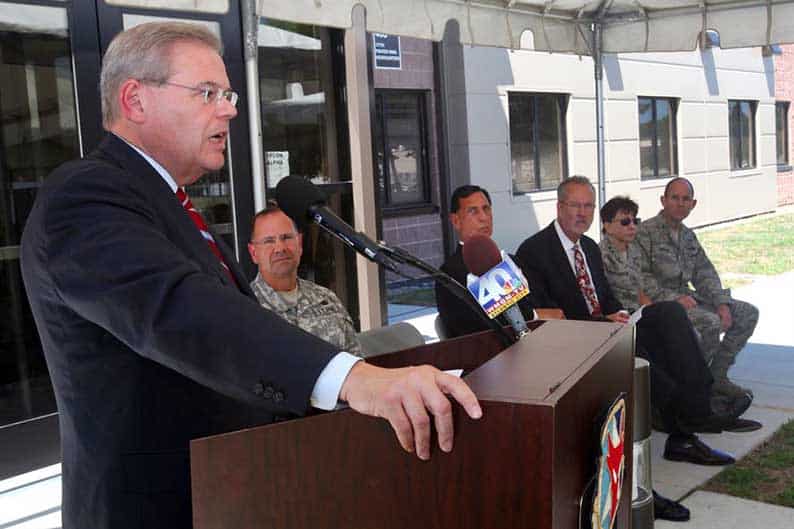 File photo: Robert Menendez addressing an event in the US

Robert Menendez, top Democrat in the Senate Foreign Relations Committee, has introduced a bill to end the Cyprus arms embargo imposed by the US in 1987.

A similar bill has been introduced in the House of Representatives by David Cicilline.

Cyprus has been proven a credible ally and strategic partner of the United States, both in combating terrorist attempts and proliferation of weapons of mass destruction attempts, Menendez said while introducing the bill.

Cyprus seeks to deepen its strategic partnership with the United States, it is in the interest of our national security and of our economic interest to lift this obsolete and long-standing arms embargo, which no longer serves US security goals in the Mediterranean, he added.

He said the legislation would convey an important message: that the United States supports Cyprus’ right to make the most of its capabilities as a stable and credible democracy and a key factor in the Eastern Mediterranean’s security architecture.

As a result of an amendment by the US senator in the National Defence budget of 2016, a joint report of the Department of Defence and the State Department in June 2016 said the arms embargo in Cyprus had “little impact” in the US national security goals in the region and partly contributed in building Cyprus’ ties in the defence sector with Russia. A relationship which has become more and more worrying in light of the Kremlin’s increased aggression in the whole world, Menendez said.

“As someone who has always cooperated with the Greek and the Greek Cypriot community, I continue to be optimistic that a lasting solution will be reached one day which will bring true and lasting peace,” he said.

In 1987, the US placed restrictions on the transfer of arms and defensive material to Cyprus in an attempt to encourage reunification efforts and avoid an arms race on the island.  Turkey has found a way to circumvent the arms embargo by placing tens of thousands of Turkish troops armed with American weapons in the northern part of Cyprus.  The arms embargo has forced the Republic of Cyprus to purchase weapons from other nations.