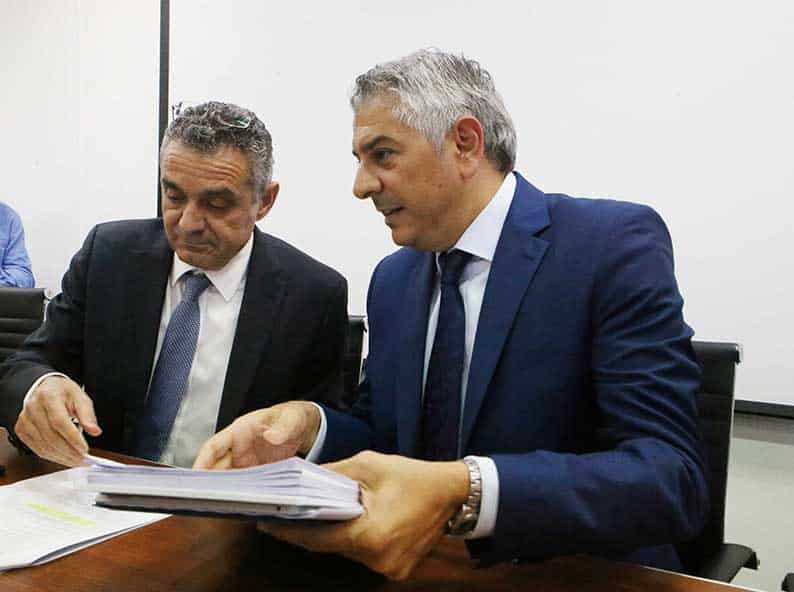 Co-op bank shareholders on Monday approved a proposal from Hellenic Bank for the acquisition of certain parts of the state-owned lender.

The approval was given during an extraordinary general meeting on Monday evening.

A short statement said that the shareholders decided to approve the proposal, submitted in accordance with the lender’s invitation of interest.

“Completion of the transaction is subject to supervisory approval,” the statement said.

Approval of the proposal was a mere formality following the initial nod given by the cabinet on Friday evening.

According to the proposal, Hellenic will be subject to a capital raise and will undertake payment of the Co-op’s total deposits, amounting to €9.7bn.

It will also take on €10.3bn of the Cyprus Cooperative Bank’s assets consisting of performing loans, bonds and cash, plus around €500m in non-performing loans.

Assets worth approximately €8.3bn will be transferred to the state. The bad loans will be managed by a special state-controlled entity staffed with co-op personnel.

Though damages to portfolios are not expected, the proposal includes a guarantee to buyers for any potential damages. Based on figures from an independent agency, the contingent loss in a 12-year period is not expected to exceed €184m.

While the co-op managed to reduce its non-performing loans stock to €6.2bn by the end of 2017 from €7.6bn two years before, the quality of loans extended before 2014 still burdens the lender.

Taxpayers are also expected to foot the bill relating to the compensation granted to staff who will be made redundant.

According to economist and former co-op bank CEO Marios Clerides, political considerations prevented the lender from collecting from borrowers not servicing their loans, leading to its demise.

“The Co-op had many primary homes (as collateral) and old loans and it was politically too difficult as a government-owned bank to foreclose,” economist Clerides told the Cyprus Business Mail. “And we are of course going to have the same problem in the ‘bad Co-op’. Non-foreclosures are a burden for the budget.”

Failure to act on non-performing loans of the Cyprus Cooperative Bank will further impact public finances with the part of the Co-op which the government wants to operate as a bad-bank he said.

On June 7 the International Monetary Fund said that the political and social acceptance of strategic default undermines the Cypriot banking system. In August last year demonstrators, among them lawmakers, protested at the headquarters of the Co-op after the bank announced an agreement with Spain’s non-performing loans specialist Altamira.

On Friday, after Hellenic Bank and the Co-op announced a preliminary deal which was approved by Co-op shareholders on Monday and a capital increase by Hellenic Bank, the government announced that it would deposit another €1bn at the Co-op, receiving additional assets as collateral.

In April the government issued almost €2.4bn in bonds in favour of the Cyprus Cooperative Bank and deposited €2.5bn receiving assets worth €7.5bn consisting of mainly non-performing loans as collateral. The government recapitalised the Co-op with €1.5bn in 2014 as part of Cyprus’ bailout agreement and injected another €175m the following year.

The additional €1bn deposit announced on Friday is part of an asset protection scheme and in exchange for additional assets, the acquisition of which Hellenic Bank rejected, such as low-interest loans extended to the local administration. The government also agreed to compensate up to 900 workers of the Cyprus Cooperative Bank who will chose to benefit from a voluntary retirement scheme.

Finance Minister Harris Georgiades said on Monday in an interview with state radio CyBC that the decision to break up and sell the Co-op was made necessary after it experienced €2bn in deposit outflows in the first three months of the year, after “depositor confidence was shaken”.

The lender which made only very slow progress compared to Bank of Cyprus and Hellenic in reducing its non-performing loans stock, accounting for roughly six tenths of the total, also had to comply with additional capital requirements which shattered its initial plans for a Cyprus Stock Exchange listing that would have allowed it to reduce the government’s stake to 25 per cent, he said.

“The Co-op was heading towards privatisation via capital raise, however because of the large capital requirements resulting from the continuously changing European framework, capital needs increased,” he said.

In the case of the Co-op it would have been difficult to attract the private equity required, he added.

The assets acquired from the Co-op will generate revenue which will help reduce public debt, the minister said.

The government said in its stability programme, submitted to the European Commission in April, outlining its general economic policy framework for 2018 to 2021, that it expected public debt to increase by 12 percentage points of gross domestic product as a result of the €2.4bn issue of government bonds in favour of the Co-op, increasing public debt to 105.6 per cent of the economy this year from 97.5 per cent in 2017. This is not taking into account the additional €1bn deposit announced on Friday.

In the stability programme the government also outlined its strategy to reduce non-performing loans in the banking system, currently at €22bn, by one-third by the end of the year. The plan provides for the sale of the Co-op, the creation of a bad bank and the introduction of a scheme that will aid vulnerable groups affected by the crisis repay their loans.

Clerides, who served as chief executive officer at the Co-op until mid-2015 and before that as a senior economist at Hellenic, said that the latter will be as a result of the accumulation of a high-stock of Cypriot government bonds in a similar situation to the Bank of Cyprus and Cyprus Popular Bank before 2011. The two banks had a large accumulation of Greek government bonds and lost almost €4.5bn in Greece’s 2011 debt restructuring.