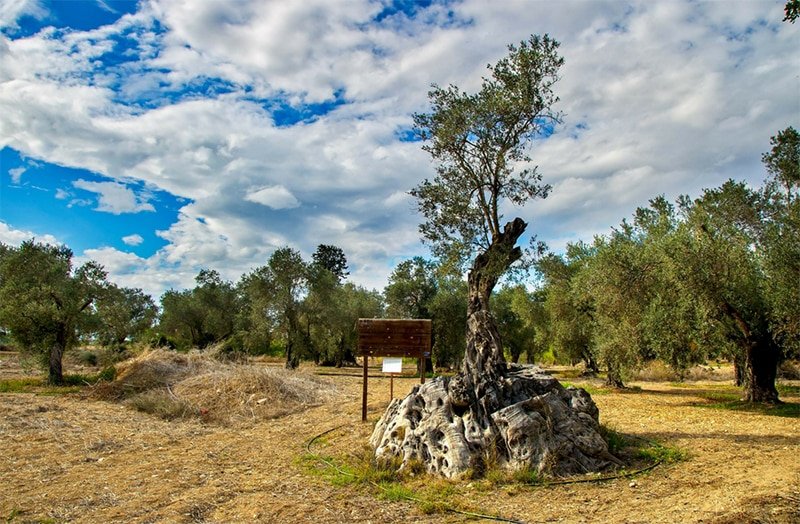 Colive Oil is not a spelling mistake, and it’s pronounced co-live; as in co-living, co-operation, and co-existence. The first olive oil made from fruit from both north and south of the divide, this is a premium product with a social mission, explains founder and CEO Hasan Siber. It’s billed as “the rarest olive oil in the world.” Which it might well be, as the varietal used in its making has, according to Hassan, long been forsaken in favour of other, more economically rewarding and less flavoursome olives…

But let’s start at the beginning, with two friends – one Greek Cypriot and one Turkish Cypriot – who met in their first weeks at university. Immediately hitting it off, Alexandros Philippides and Hasan stayed in touch even after their studies were completed, when the former returned to Cyprus and the latter remained in London. The two also collaborated on a number of projects, so when last year Hasan came up with the idea of a bicommunal olive oil, Alexandros was the first person he turned to.

Today, Hasan is CEO and Alexandros CFO of Colive Oil, and the primarily e-commerce venture boasts eight members all over the world, from London to New York to Thessalonica. But while each is crucial to the project, it’s Hasan’s vision for ‘Taste Without Limits’ that clearly drives this innovative venture…

Fascinated by olive oil from an early age, Hasan recently trained in Italy for three months as an olive oil sommelier. “I wanted,” he says, “to have the fullest information possible on how to create the best olive oil.” Of course he knew that Cypriot olives were the key to the project: “When you’re abroad, if you mention Cyprus, people always reference the quality of the island’s olive oil. Friends in London always asked for bottles of the stuff; it’s just so good! Cyprus,” he continues, “is the best place in the world to grow olives due to its climate, soils, and geographical location. But, as part of my research, I realised that we had one unique cultivar which was under-utilised: the Kypriaki…” 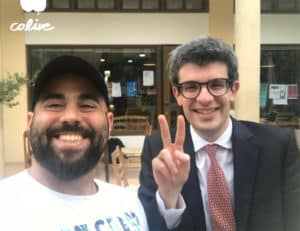 Known in Turkish as ‘Kıbrıslı’ (which means the same thing, basically translating as ‘from Cyprus’ or ‘Cypriot’), this cultivar is commonplace across the island – and is the reason your grandmother’s home-made olive oil tastes so good! – but rarely used in commercial production, Hasan explains. “Other local companies use various other varietals of olives for a number of reasons, mostly economic. But, although Kypriaki may not be as financially rewarding as other varietals, it actually produces what we believe to be the finest olive oil the world…”

According to Hasan, the Kypriaki olives create an oil which “starts with a fresh, meadow-like taste that fills the lungs, and tastes rich and spicy to the palate. There’s a matchless taste to Kypriaki olive oil; most olive oils are one note – but Kypriaki is a taste explosion, a crescendo of rising and falling notes.”

With the freshest hand-picked olives edited by an olive sommelier, the brand is controlled from tree to table to ensure no toxic chemicals or bruised olives make the cut. At the moment, the farms involved are located in the Morphou and Larnaca regions, though this will expand by October (the start of the next olive season) when over 40 farmers both north and south of the border have been chosen to participate in the bicommunal venture. Exactly half of the olives used in production come from the north, and half from the south – 800 kilos per side. “In essence, we’re bottling the taste of Cyprus!” Hasan smiles.

Cold-pressing (which ensures the olives are never exposed to more than 25 degrees of heat, thus keeping the vitamins, antioxidants and polyphenols intact and retaining the taste profile) takes place at a mill in Limassol, and the oil is bottled at a Nicosia facility belonging to an expert horticulturalist. In fact, Hasan reveals, the only real difficulty thus far has been getting that first shipment across the border…

With official permission (following four months of intense lobbying) secured, “We picked up the shipment and drove to the nearest crossing, to be told the olives could only pass the Nicosia checkpoint. So off we went to the capital, where we were informed that only clean olives “ – those with no twigs or leaves – “could pass. Well, when you’re creating extra virgin olive oil, the olives must go from tree to mill within 48 hours, so I called in my entire family to help!” laughs Hasan. Cousins, uncles, even his 92-year-old grandmother worked through the night to clean the olives, and the shipment reached the press in the nick of time!

Stored in nitrogen to retain the quality of taste, Colive Oil is bottled, sealed and sent within the week. As a largely e-commerce venture (though selected delis and restaurants will also carry the product), the oil can be sent anywhere in the world within days – bringing an almost immediate taste of Cyprus to those who long for home. Subscription packages (one bottle a month for a year), retail bottles and the signature edition will all soon be available at a cost of between €15 and €30, and an Indiegogo crowdfunding campaign to further the venture will launch in November.

In the meantime, two local chefs (one from each side of the divide) are creating recipes using Colive Oil and demonstrating its use at various location round Cyprus, helping to promote peace through their use of this island product. “We look on this as a Cypriot product, not a bicommunal venture,” Hasan explains. “Our tagline is taste without limits which, obviously, has a double meaning. Nothing divides the actual land other than manmade designations. The trees don’t care if they were planted by Ottomans, Lusignans, British or Cypriots,” Hasan laughs, “and so we assume there are no borders in Cyprus, and work on the premise that if we can respect each other enough to share resources then we can coexist in peace. A peaceful Cyprus is not something on paper written by politicians,” he concludes, “it’s about coexisting from the basis of a united, peaceful island. Whatever peace looks like, we have to cooperate. We have to Co-live!

Colive Oil will be available from the end of August at the Home for Cooperation, and from November online. 10 per cent of profits will go to bicommunal ventures. For more information, visit https://coliveoil.com/ or the Facebook page ‘Colive Oil’