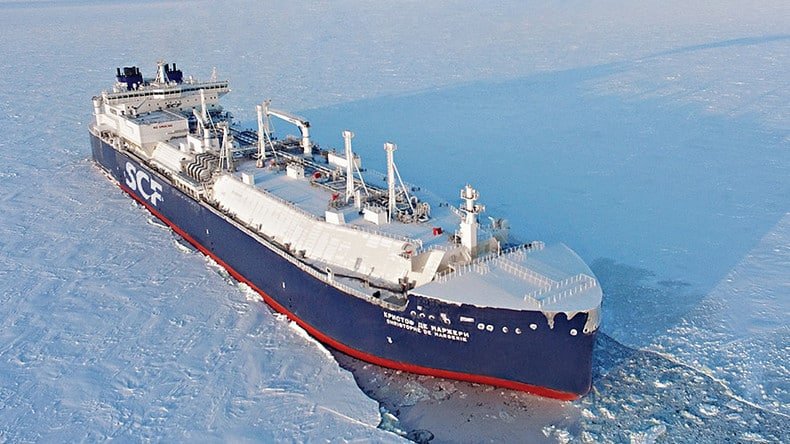 With Noble, Delek and Shell requesting to renegotiate their Production Sharing Agreement (PSA) with Cyprus, and particularly the formula for sharing potential profits, LNG is back in the limelight in Cyprus. But how is LNG faring in a world with a glut of energy supplies, brought about by the inexorable increase in renewable energy?

This was the subject of recently released Global Annual Reports by the International Group of LNG Importers (GIIGNL) and the International Gas Union (IGU) on the performance of the LNG industry in 2017, and they make a very interesting reading.

Global LNG imports in 2017 recorded their highest annual growth rate since 2010, at 9.9 per cent, reaching 289.8 million tonnes. New liquefaction capacity continued to come online in various areas of the world ranging from the US to Australia, Malaysia and Russia, leading to a 26.2 million tonnes/yr increase in LNG supply compared with 2016.

Expectations of an LNG surplus did not materialise, as, among other factors, rising imports into China contributed substantially to balance the market.

The future may be driven by US LNG exports. A significant supply build-up is on the horizon and this could further transform the LNG industry and bring on new evolutions, including a rise in market liquidity and flexibility.

Finally, a very important conclusion from GIIGNL’s report is that cost reduction, without compromising safety and reliability, and meeting the changing requirements of buyers and consumers will be key for new projects to be developed.

The IGU says that, despite the price rebound towards the end of 2017-early 2018, the LNG market remains highly competitive. As a result, there has been considerable impetus for project sponsors to reduce costs, making reaching final investment decisions (FID) a challenge. This was made even more challenging by the long-term contracting environment that remained difficult in 2017.

Going further, the IGU states that global LNG prices are likely to trend downward along with the projected increase in supply. The importance of low prices was also highlighted by the International Energy Agency (IEA), when introducing its Gas 2018 market outlook. The IEA points out that while gas has a bright future, the industry is not without its challenges. These include the need for gas prices to remain affordable relative to other fuels in emerging markets.

The key competition comes from the increasing use and plunging costs of renewables and the persistent growth of coal use in Asia, particularly in China and India.

The single biggest factor driving global gas consumption last year was the surge in Chinese gas and LNG demand. Overall gas consumption increased by over 15 per cent, accounting for around a third of the global increase.

The increase in Chinese LNG imports in 2017 was the direct consequence of the Chinese government’s efforts in the residential, commercial and industrial sectors to restrict the penetration of coal in order to reduce pollution in urban areas.

However, as BP points out in its Statistical Review of World Energy, even though Chinese gas demand looks set to continue to increase strongly in 2018, the factors that led to it are not likely to continue into 2019. As a result, it seems unlikely that the extent of the surge in gas and LNG demand seen in China in 2017 will be repeated in 2019 and beyond.

LNG demand in China is expected to remain higher than a year ago for most of 2018, impacting prices, but should ease by 2019. Future LNG demand should carry on growing but within expectations.

The US shale gas factor

With the coming of what it calls the ‘Shale Gale’, IHS Markit expects US shale gas production to carry on increasing, feeding LNG exports.

In IHS Markit’s current view, as of 2018 there is approximately 35 trillion cubic meters (tcm) – or 1,250 trillion cubic feet (tcf) – of shale gas resource that is economic below $4 per million btu. This is about the same as the total proved reserves of Russia.

What is remarkable about this, is that out of this resource, close to 4.5 tcm – or 160 tcf – which is substantially more than the total combined proved reserves of the East Med, can be produced at negative costs, at an average of -$6 per million btu. This is associated gas, where production costs are recovered from crude oil. But the urgency comes from the fact that this crude oil cannot be produced without securing markets to dispose of the gas – it cannot be flared. This is leading to increasing US gas production at low cost.

Given that the North American gas market is reaching saturation point, with supply exceeding domestic demand, there is increasing pressure to export more of this gas as LNG. Over the next five years, US LNG exports will grow from 24 million tonnes/yr now to 77 million tonnes/yr.

This increasing, low cost, gas production will also be feeding the second wave of US LNG exports expected to be unleashed to the world in the coming decade. US LNG, benefiting from this low-cost shale gas resource, has the potential to impact global gas markets in a similar manner to the way shale oil has been impacting global oil markets and prices.

IHS Markit concludes that “The Shale Gale and its consequent impact on oil have brought a new element of influence and independence for the United States. US LNG and oil exports are becoming a significant and positive factor in the relations with many countries and a key element in discussions about trade.” The same is now expected for US gas.

These are the developments in global LNG markets that keep prices low and make finding buyers for East Med LNG challenging. These are also the factors that have led the Aphrodite shareholders to request renegotiation of the terms of their production sharing agreement. However, with the results of ExxonMobil’s promising drilling only about six months away, and given its potentially far-reaching implications, it is advisable to wait until then before long-term decisions are made about how best to develop Cyprus’ gas.

Doing what Brits abroad do best