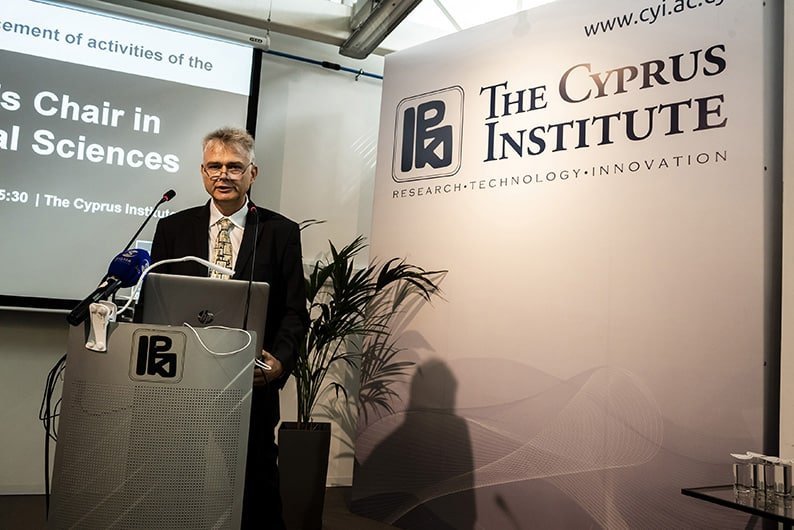 Modern archaeology is much more than just conducting excavations, Professor Thilo Rehren, who holds the A.G. Leventis Chair in Archaeological Sciences at The Cyprus Institute (CyI), said in an interview with the Cyprus News Agency.

The Chair, funded by the A.G. Leventis Foundation, aims to support research activities in the fields of science and technology in archaeology and culture for Cyprus and the Eastern Mediterranean. Through its work, it aims to foster an understanding of the skills of the craftspeople in the past who made the copper that made Cyprus famous in the ancient world.

Rehren told CNA that the Chair will be using methods of science and technology to study the lives and achievements of humans in the past. Modern archaeology was about much more than just excavations,  he said, adding that many different disciplines contribute to this type of research.

“We will be collaborating with other institutions, such as the department of antiquities or the archaeological research unit of the University of Cyprus, to share our knowledge and equipment.”

He said it was important to remember that all cultural achievements, all economic development was based on the productivity of people, in the past and today.

“Someone needs to grow all the food we eat, create all the ceramics, metals, glass etc. which we use every day. We want to focus on understanding how these important materials were produced, and how this production was organised. How did people learn how to make copper metal from some special stones in the Troodos Mountains? How did this know-how spread across the Eastern Mediterranean? It is these fundamental industries that we want to discover, document and study,” he explained.

Within the European Union, he said, Cyprus was one of the countries still developing its research base, and the Cyprus Institute was “the premier institution in the country for cutting-edge research in several important areas. We all know the importance of fields such as energy, environment and water for research world-wide,” he said.

“Specifically for Cyprus and the wider region, archaeology and cultural heritage are particularly important as drivers of economic development through tourism. However, very few institutions exist so far that dedicate their research on archaeology using science and technology, and the A.G. Leventis Chair will be one of only a small group of specialist laboratories in the Eastern Mediterranean,” he added.

Given the huge amount of archaeology and cultural heritage in the region, Rehren said there was much work to be done but the Chair would allow experts to accumulate knowledge over many years to come, and to help build a professional approach to this discipline which historically was not possible.

“Too often, this research was done by one or two individual scholars, but not with the support of an institution – and when these scholars retired, they often took their knowledge with them. Thanks to the Foundation, we can now build up this expertise and pass it on to the next generation of scholars.”