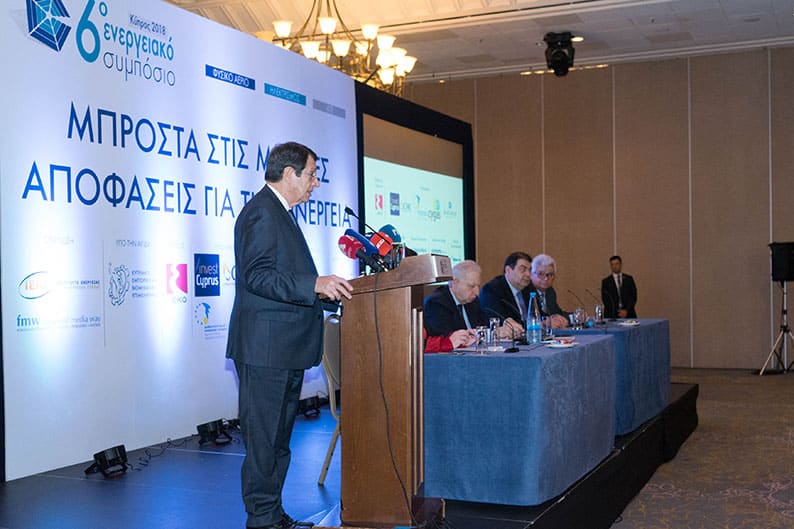 Cyprus is expecting the US to participate in the trilateral cooperation between Greece, Cyprus and Israel in the near future, President Nicos Anastasiades said on Tuesday.

In his address to the 6th Energy Symposium, Anastasiades said that cooperation mechanisms with countries in the region had proved to be very successful with important benefits for the partner countries.

As a result, he said, there have been expressions of interest from EU countries for participation and expansion.

“I attach particular importance to the interest shown by the US in participating in the tripartite Greece-Cyprus-Israel, which I expect will soon be confirmed in practice,” he said.

At the same time, he added there was interest from France in participating in the tripartite Greece-Cyprus-Egypt.

He also said that the meeting of the seven Mediterranean countries in Nicosia is expected to take place in January, “highlighting the role that Cyprus can play as a pillar of stability and peace in the region”.

At the same time, it sent a message to Turkey that it should adopt the necessary constructive attitude that is fully in line with international law so as to become itself part of the wider cooperation in the region, Anastasiades said.

As many as 15 migrants die in boat off Libya