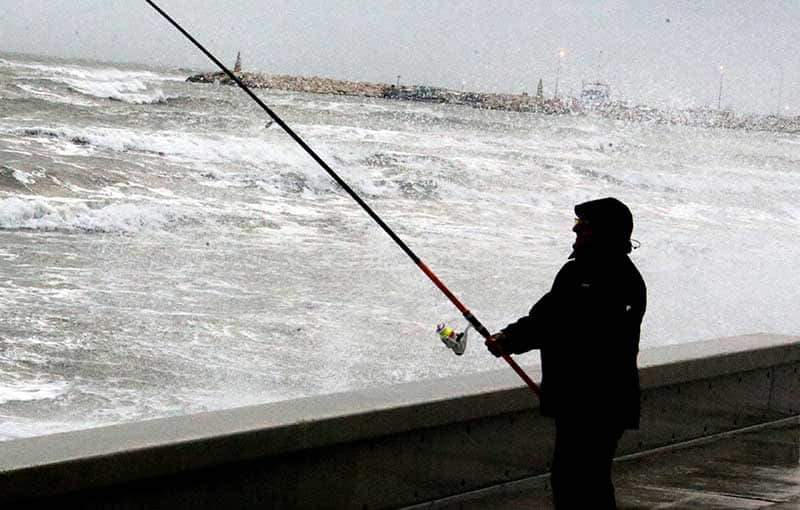 The protracted torrential rain may have fed the island’s reservoirs with much-needed water but even as skies cleared on Thursday, many areas islandwide have been left without water.

Cuts were imposed in Nicosia, Larnaca, Famagusta on Thursday as turbulent seas caused by recent storms affected systems at the Larnaca desalination plant, leaving the Nicosia and Larnaca water boards with limited stocks.

Nicosia, Larnaca and Famagusta are expected to have restored water supplies by Friday morning at the latest, while Paphos will continue to have a water shortage until Saturday.

The Paphos, Peyia, and Yeroskipou municipalities were also severely hit by water cuts on Thursday as accumulating mud in the Asprokremmos reservoir obstructed the water treatment systems, which are not expected to be fixed until Saturday at the earliest.

According to the director of the Nicosia water board Nikos Zampakides, “efforts are underway to resolve the issue, which will be solved at the latest by late afternoon.”

On Thursday, the board was receiving from the Water Development Department (WDD) 1,300 cubic metres of water per hour, while the district’s water needs amount to 2,000 cubic metres per hour, Zampakides noted.

Almost all areas in Nicosia were affected by the water shortage, he added, except those surrounding schools and hospitals.

Rather, due to the intensity of winds in the coastal area on Wednesday, the seawater was stirred to such an extent that it became mixed with large quantities of seaweed, sand, and mud, resulting in the filters of the desalination plant not being able to cope with such a packed seawater composition in order to produce enough desalinated water.

The residents of Paphos should not expect to have water provisions back to normal by Saturday at the earliest, Cybc said.

Opaque waters filled with mud in the Asprokremmos reservoir are obstructing the water treatment systems.

The Paphos municipality said it would operate two boreholes it owns within the day in an attempt to cover some water needs.

It added that the WDD is also operating its own boreholes in the Xeros river from which water is supplied in rotation across the areas of Paphos, which is experiencing a 30 per cent decrease in water supply, as from the 16,000 cubic metres needed, only 12,000 are being supplied.

Meanwhile, the Larnaca water board also announced on Thursday that following its most recent financial evaluation which was positive, a five per cent reduction in water fees will be implemented.