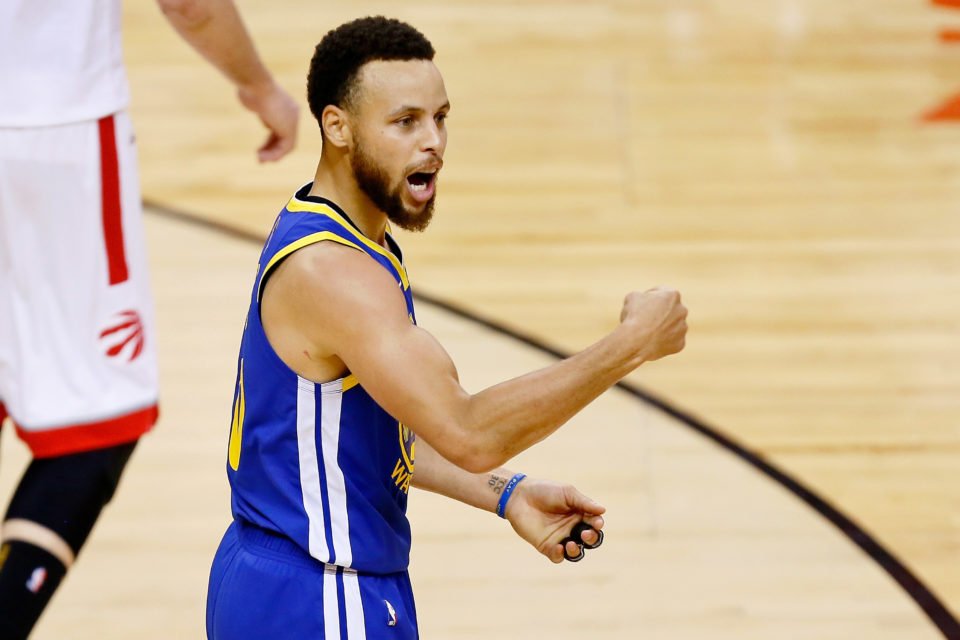 The Toronto Raptors blew a late six-point lead and with it their first chance to seal a maiden NBA championship as the Golden State Warriors overcame the loss of All Star forward Kevin Durant to win Game Five 106-105 on Monday.

The Warriors, who are bidding for a third straight title, led for most of the game in Toronto and secured the win behind 20 three pointers and some gritty defence, cutting the Raptors advantage to 3-2 in the best-of-seven series.

The Raptors will have another shot at winning the title in Game Six in Oakland on Thursday.

The two-time defending champions were initially energised by the return of Durant, who came back to the starting lineup after missing more than a month with a right calf strain.

Durant made a trio of three pointers and scored 11 points but injured his leg in the second quarter while pivoting with the ball.

He was helped back to the locker room by Stephen Curry, Andre Iguodala and the team’s medical staff and was later seen leaving the arena on crutches.

“Prayers up to KD,” said Curry, who led all scorers with 31 points.

“He gave us what he could and we hope he makes a speedy recovery … He sacrificed his body for us and I just feel bad for him.

“I’ve got a lot of emotions right now. It’s crazy.”

A tearful Warriors GM Bob Myers told reporters that Durant had injured his Achilles and would have an MRI scan on Tuesday.

“I just told the team I didn’t know what to say because on the one hand I’m so proud of them — just the amazing heart and grit that they showed — and on the other I’m just devastated for Kevin,” Warriors coach Steve Kerr told reporters.

“So it’s a bizarre feeling that we all have right now. An incredible win and a horrible loss at the same time.”

After the game Durant took to Instagram to praise his team mates for the win.

“I’m hurting deep in the soul right now I can’t lie but seeing my brothers get this win was like a shot of tequila, I got new life lol.”

Warriors backup center Kevon Looney also left the game after he aggravated a chest injury he suffered in Game Two.

After trailing for most of the game, the Raptors took the lead in the fourth quarter as Kawhi Leonard helped put the franchise on the brink of its first championship.

The Raptors led by six with 2:30 to play but the Warriors finished the game on a 9-2 run that included three pointers by Curry and Klay Thompson to extend the series.

The Warriors ratcheted up their defence on the final possession as Raptors’ guard Kyle Lowry misfired on a corner three pointer at the buzzer that was well contested by Draymond Green.

The win means the Warriors will play one last game at Oracle Arena before they move to their new home at the Chase Center in San Francisco next season.