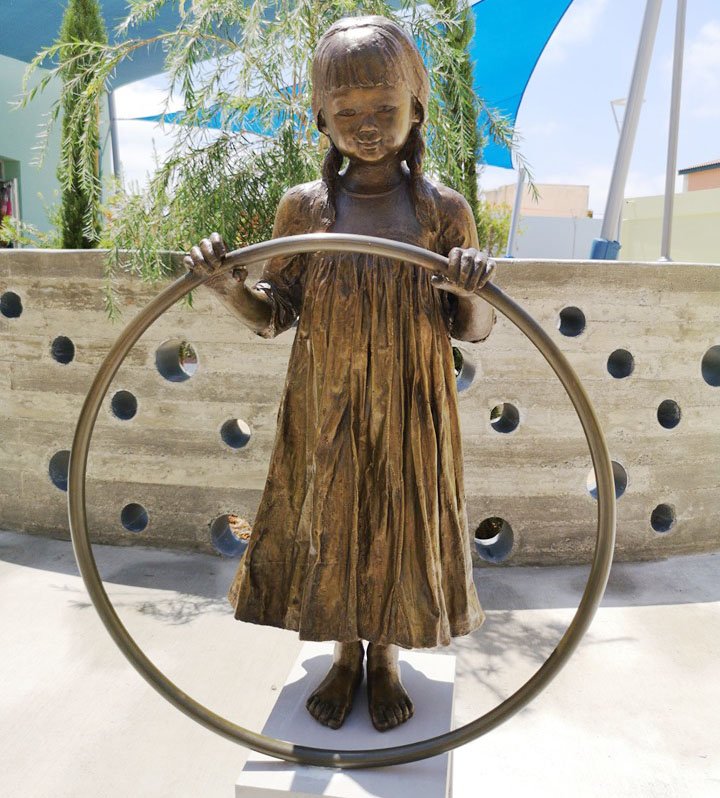 The Circle by Yiota Ioannidou

A new sculpture of a young girl by renowned Paphos artist Yiota Ioannidou was placed outside a children’s play area in the heart of Paphos old town on Friday.

Titled, ‘The Circle,’ it depicts a small girl who holds her toy in her hands, a hula hoop, which references a special identity and a cultural reference to the city that is being recreated, said the artist.

It was gifted to Paphos by Chinese businessman, Henry Jiang, who said he wanted to give something back to Paphos, the new home that he and his family love.

The statue was placed at the entrance of a new children’s playground opposite the recently-renovated Ibrahim’s Khan, in the heart of Paphos’ old town.

It already looks set to provide great photo opportunities for families visiting the new park, Ibrahim’s Khan and the old town in general.

“People already seem happy about it and were taking photos whilst I was there today,” Ioannidou told the Cyprus Mail.

‘The Circle’, is the fourth sculptural composition by the Paphos-born artist to be placed in the town, The Girl with a Sparrow, The Little Fisher Boy and Sol Alter, a homage to Aphrodite, attract hundreds of visitors.

Trump says ‘common sense things can be done’ on guns