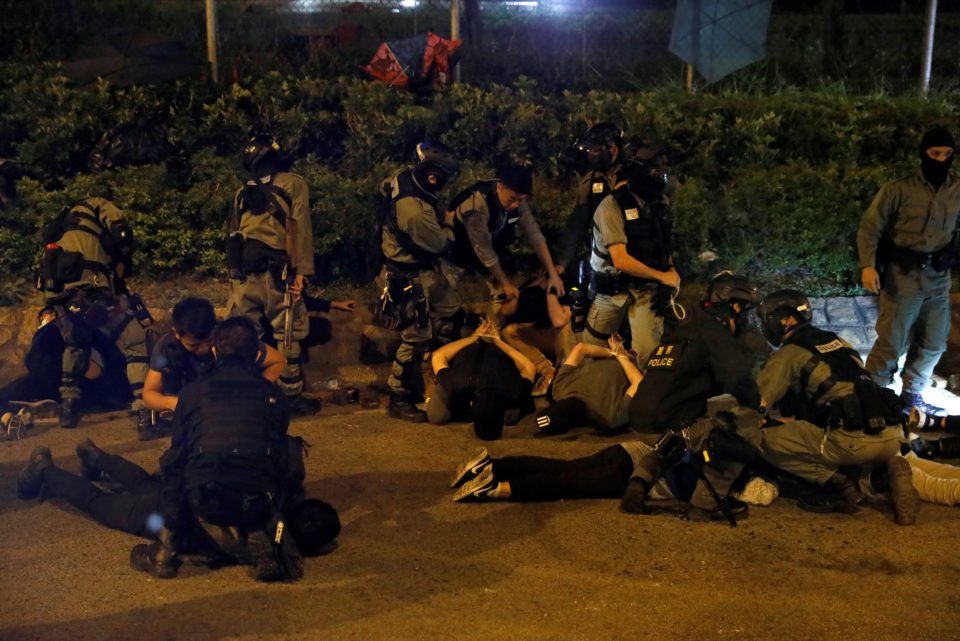 It may all make sense to Xi Jinping. For the Chinese leader, dissent, as seen in the Hong Kong protests, leads to disorder. Disorder could damage economic growth, undermine the government and end in disaster. The 19th century Taiping rebellion, as an extreme example, killed about 5% of the Chinese population. Thus, Xi might reason, firm repression is the only way forward.

For the moment, Beijing’s dissent problems are limited to the country’s imperfectly integrated frontiers. In the southeast, many Hong Kong residents resent the gradual smothering of their separate political system. In the west, many Muslims in Xinjiang want a more religious culture.

The central government’s response has been unequivocal in both peripheral regions. Whatever the cause or the cost, the dissent must be crushed. In Xinjiang, the government has built a hyper-modern police state, where United Nations experts and activists estimate as many as 1 million Uighurs and other ethnic Muslims have been detained in camps and where a sophisticated artificial intelligence network keeps watch over the non-incarcerated.

Such systems are not cheap, but they are a bargain in comparison to the possible costs of subduing Hong Kong. There is already a retail recession and investments have declined. If there are further rounds of violence and repression, the price will rise. Foreigners and their capital will drift away, leading to a deep and lasting recession.

China can take the economic pain. Hong Kong provides only 3% of the country’s roughly $14 trillion gross domestic product, and the economy in the special administrative region there would shrink, not disappear. The nation’s financial sector would be dislocated, but only accelerate the already planned rise of Shanghai and Shenzhen, its less politically uncertain rivals.

Even so, the goal of the ruling Chinese Communist Party is not to make people poorer. Xi probably wants to avoid gratuitous violence. Four decades of turgid pronouncements show a simple vision: good policies from the central government produce a unified people, along with a prosperous, contented and loyal nation.

The prosperity is a work in progress, but overall the plan has worked well. There has been enough economic freedom to provide strong growth, and enough propaganda to minimise political discontent. The People’s Republic is an autocracy with Chinese characteristics.

As the Party expects of them, the Chinese masses are showing more acrimony than sympathy for the Hong Kong demonstrators. That uniform popular line is nothing new. The last big public division was in 1989. That uprising ended with a massacre of protesters in Beijing’s Tiananmen Square, after which the ruling party purged their leading sympathisers.

Since then, the economy has thrived. Growth is slowing, but the International Monetary Fund expects real GDP to increase by 6% this year, enough to boost almost everyone’s standard of living. Also, the state continues to use its tremendous economic power in citizen-friendly ways, such as reducing pollution and building up a modern healthcare system. Even though the Chinese inequality is high, Xi probably does not need to worry about facing the sort of popular economic fury that threatens governments in Lebanon, Chile, Iran and Iraq.

The current problems in the periphery do not really threaten the economic accomplishments. The costs of repression may bring down the growth rate and foreigners may huff and puff, but the key sources of sustainable national growth – investment, education and skilled job creation – are not under serious threat.

Longer term, though, the prospects for Xi’s approach are more doubtful. The greatest risk is not the country’s excessive debts, which worry many financiers and investors. This strong government can always create enough money to wipe them out. A much bigger danger is the tendency of strong governments to self-destruct. Call it the autocratic dilemma.

Supreme leaders who demand adulation are always fearful, because they realise that no one is sincere in their praise. When faced with dissent, they tend to become arrogant, because they half-believe their own propaganda. They therefore over-control, overreach and overreact, magnifying the rebellious discontent they were trying to squelch.

Xi is at risk. The government’s exaggerated response to peaceful protests in Hong Kong and sporadic violence in Xinjiang has almost certainly amplified hostility in both places. There could be a downward spiral. Greater fears breed harsher repression, spawning stronger resistance and then more government determination. Eventually, popular ill will could increase faster than the party can scare it away.

Fear and arrogance could also eventually derail the economy. Xi is already increasing the CCP’s influence on the private sector. If he moves too far, the old rot of central planning could set in. Also, his wasteful Belt and Road Initiative to build trade routes across Asia may become a serious economic drag, as might an increasingly assertive approach to diplomacy and defence.

If things start to fall apart, many Hong Kong protesters would be gratified. They should not be hasty, though. Dictatorial governments can certainly be murderous. Mao Zedong’s Great Leap Forward was responsible for as many as 50 million deaths. The Taiping rebellion, though, is a reminder that disorder is also to be feared.