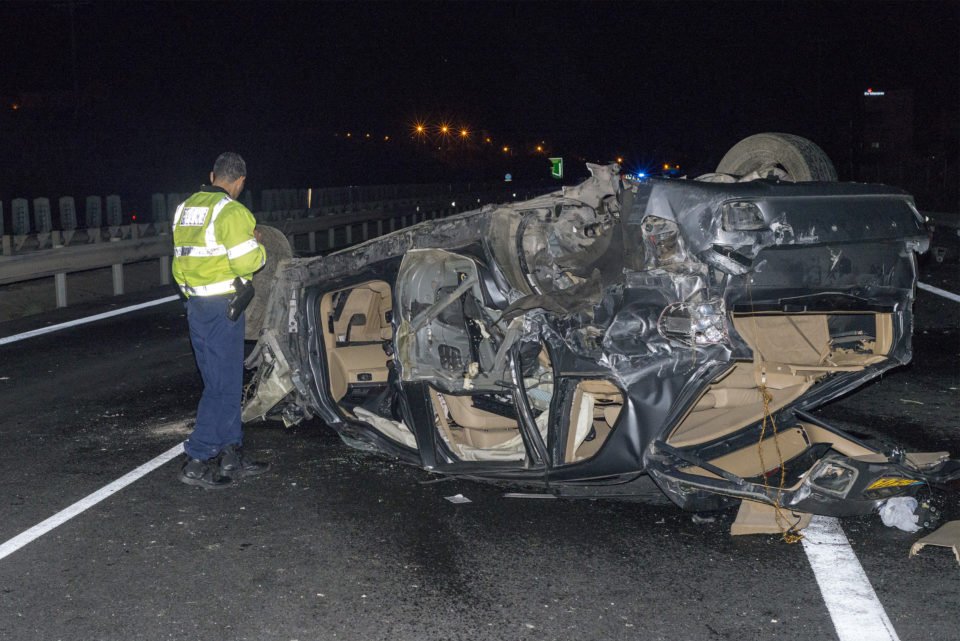 POLICE will suggest that the driver who caused the death of a 27-year-old man early on Thursday and was under the influence of alcohol should be charged with manslaughter, head of the traffic police Yiannakis Georgiou said.

“He was driving very dangerously. Some reports said he was driving at a speed of 200 km/h, but we will restage the accident in the following days to get a better estimate,” he said. “People were flashing at him to stop because he was swerving dangerously.”

The crash involving two cars on the Nicosia-Limassol motorway resulted in the death of Panayiotis Christoforou from Ypsonas, the father of a small child.

The car driven by the 50 year old suspect, a Russian resident of Cyprus, crashed into the car driven by Christoforou near the Moutayiaka exit on the way towards Limassol.

Head of Limassol traffic police Michalis Michael said that while the 27-year-old was heading towards Limassol, his car was struck violently from the back. The car repeatedly hit the metal railings in the centre of the road before coming to a stop about 200 metres away.

He was killed instantly.

Both drivers had to be freed from their vehicles. The 50-year-old driver was seriously injured and is being treated at Limassol general hospital. In the meantime, a warrant for his arrest has been issued.

The 50-year-old underwent a preliminary alcohol test which showed a reading of 111 µg, almost five times the legal limit of 22µg.

Anyone with knowledge of the circumstances under which the accident happened is asked to contact Limassol traffic police at 25-805252 or any other police station.

The two lanes of the motorway near Moutouyiaka were closed for hours until investigations were completed.

Bracing for Black Friday frenzy, but some shoppers not convinced