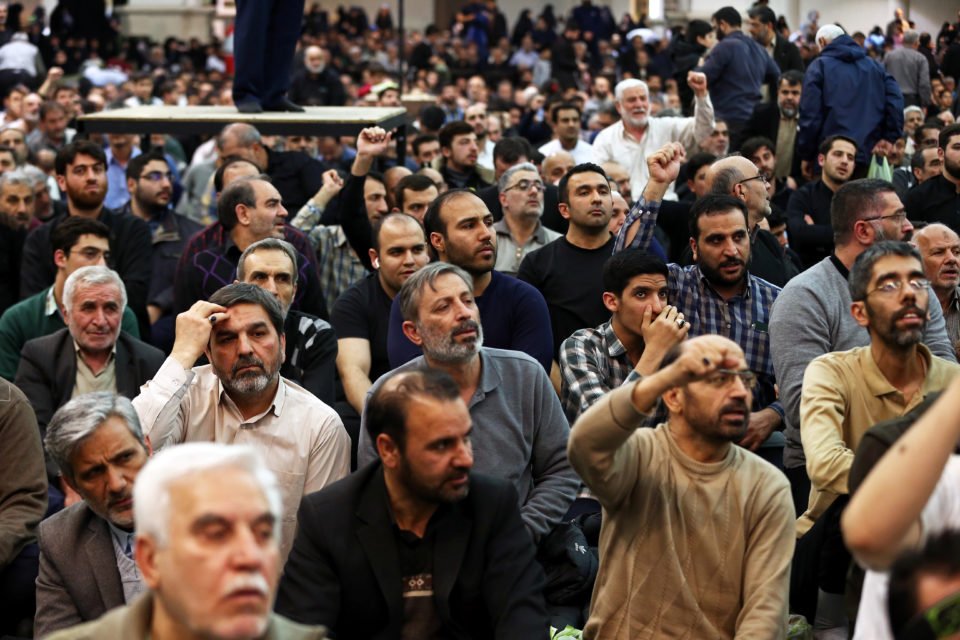 Iran is pregnant, but the date of delivery and the nature of what is to be born remains uncertain. The number and the significance of developments surrounding the world’s seventeenth largest and the nineteenth most populated country have been shocking in recent weeks and months.

On the one hand an apparent ongoing and escalating conflict between rival factions inside the country seems to define and determine much else that happens in the domestic and foreign policy of Iran. On the other are the US-led crippling sanctions that are slowly but surely driving the Islamic government of Iran to the verge of utter bankruptcy in the not too distant future. Increasing international isolation of the Iranian rulers and the travel ban on some of their senior figures only adds to the predicament the regime is in.

Beset by these troubling political and economic, and potentially fatal maladies, the Iranian establishment also suffers from yet another and arguably more threatening development. For decades middle-class Iranians have been protesting the strict social code and the unyielding political system imposed on them by the theocrats in charge. However, recently the working class, suffering from austerity measures and the backlog of unpaid wages, have also been flooding the streets chanting against the government of President Rohani and demanding a change of the entire Islamist structure.

The latest national protests in November last year, triggered by an overnight three-fold increase in fuel prices, was brutally suppressed. Later an attack by an Iranian-backed militia in Iraq resulting in the death of an American national, amongst several others, led to the US assassination of the Revolutionary Guards’ General Qasem Soleimani who wielded much influence on the ground in Iraq and Syria. An Iranian revenge attack on an American base in northern Iraq in the early hours of January 8, however, led to tragedy and catastrophe. The Iranian surface-to-air defences reportedly mistook a Ukrainian civil airline for a hostile target and shot it down killing all 176 people on board. After three days of denying any missile attack, the Iranian authorities eventually admitted the truth. International outcry and a new wave of domestic unrest followed.

The Revolutionary Guards in Iran are on one side of the internal battleground vying for full control of all organs of the government. They hold the military power (parallel to the conventional army), an autonomous and authoritative intelligence network as well as huge sources of finance affording them a considerable degree of independence. On the opposite side stand the many ruling clerics, including the current President Rohani, the so-called reformist camp championed by the former President Khatami together with the conventional and powerful intelligence apparatus headed by the Ministry of Intelligence. The latter and the Revolutionary Guards’ intelligence network have been at odds with one another competing for several years amid serious inter-factional rift and suspicion.

The Supreme Leader, Ayatollah Ali Khamenei, has so far been able to keep both factions at bay ensuring a balance of power of sorts that maintains his own status and affords him the position of final arbiter. As he is commonly associated with the Revolutionary Guards and the so-called hardliners, he has received much criticism at home and abroad for lack of leniency and uncompromising enmity with the United States. However, the picture is more complex than the initial observation may suggest.

Whilst the hard power inside Iran appears to be in the hands of the Revolutionary Guards and their supporters, the soft power of diplomacy, the international media and the press seems to back the opposing faction i.e. President Rohani. That is particularly true with European countries, who consider their interests best served by a milder version of the Islamic Republic i.e. the so-called reformist camp. The second richest in gas reserves and the fourth in oil deposits globally, not to mention its strategic significance and population, Iran is of special interest for states and international players. The current system in Iran has kept Americans out of competition for Iranian oil and gas exploration, extraction and marketing for four decades. It certainly would not hurt US competitors if the current state of affairs were to continue; a scenario that the US administration is well aware of.

The Russians, now firmly stationed in Syria for a long-term period (or so it seems), and having deployed the advanced S-400 anti-aircraft batteries in the west of the country (without any serious protest by the West), enjoy warm relations with Tehran. The Revolutionary Guards’ cooperation with Moscow in Syria has ironically given the Russian military control over the land passage to the Lebanese Shi’a group Hezbollah used for delivering some of the hardware sent for them from Iran. Considering the close contacts between Moscow and Tel Aviv Russia’s control of land traffic to and from Hezbollah must be welcome news for Tel Aviv.

Should Israel come to believe that peace with the Arabs is now both possible and sustainable then its approach to the Islamist doctrine propagated by Tehran may be open to change. The side-benefits of an anti-Israeli doctrine, that would tend to secure support for Israel amongst the leading countries in the world, may no longer be as appealing as before for the politicians in Tel Aviv. Considering the underlying enmity of the Islamic Republic with Israel, some Jewish policy circles may come to think that the time is now ripe for a more robust approach to the revolutionaries in Tehran.

All in all, conditions appear very adverse for the Islamic government in Iran. Both internally and externally forces are poised to undermine the entire system that could potentially herald its downfall. Change it will definitely be, but of its quality and magnitude one cannot be certain.