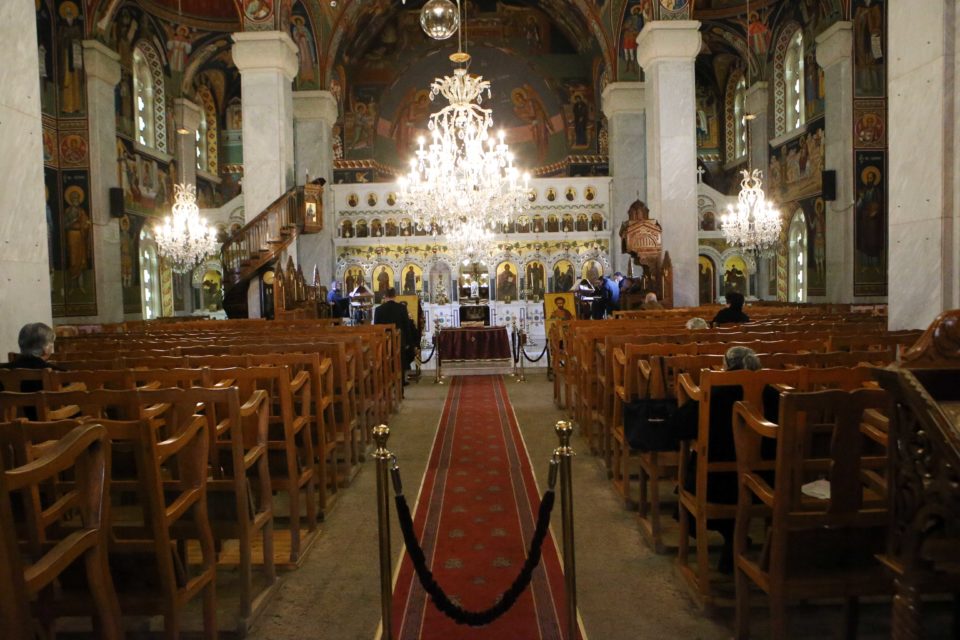 More than 150 health professionals, mainly doctors, have called on President Nicos Anastasiades to ease restrictions over attending church, arguing that people’s spiritual wellbeing is just as important as their health.

The letter, signed by 152 people, was posted on Saturday on the website of the Morphou Bishopric.

The health professionals argue that the ban on church attendance “deprives people of their sole source of spiritual consolation, an element which is perfectly intertwined with the spiritual and mental health of each and everyone.”

They also expressed concerns over the psychological and emotional impact of the pandemic, citing double standards of government decisions concerning the measures against the spread of the coronavirus.

“We believe that our scientific knowledge and expertise in health issues in general gives us the right to take a position with the utmost seriousness and responsibility on the issue,” the group said.

They added that they were taken aback by the ban on church attendance given that the businesses that remained open do not just concern essential services.

As an example, they mentioned that bakeries do not just sell milk and bread but also desserts, which are non-essential items. They also said that other businesses still open deliver coffee or electronic games.

“So, all of the above are necessary for survival but not the possibility of attending the holy temples, under certain conditions?” they asked.

Pathogenic bacteria and infectious diseases of various sizes and conditions have existed and will always exist in humanity, they said. “Nevertheless, never before in the long history of the 2,000 years of Orthodoxy in Cyprus, has there ever been an issue of interrupting the possibility of the faithful to attend the holy temples and receiving, for those who wish, the Divine Eucharist.”

They added that there was no scientific article or research proving that bacteria and viruses are transmitted through the Holy Communion.

“The only scientific fact that can exist and that the scientific community accepts where there is no specific scientific research, is the retrospective study of clinical experience, which in the case of Holy Communion concerns retrospective clinical experience of 2,000 years,” they said. They added that priests who take the Holy Communion daily even when they give it to patients in hospitals where there are infectious diseases, have never contracted anything.

The group said they agree with Anastasiades that this is the time “for brave decisions” and pointed out that the existing measures have upset many since there is no scientific data backing them.

“With good will, the whole issue can be resolved,” the group said.

Polish league sets May 29 as date for re-start