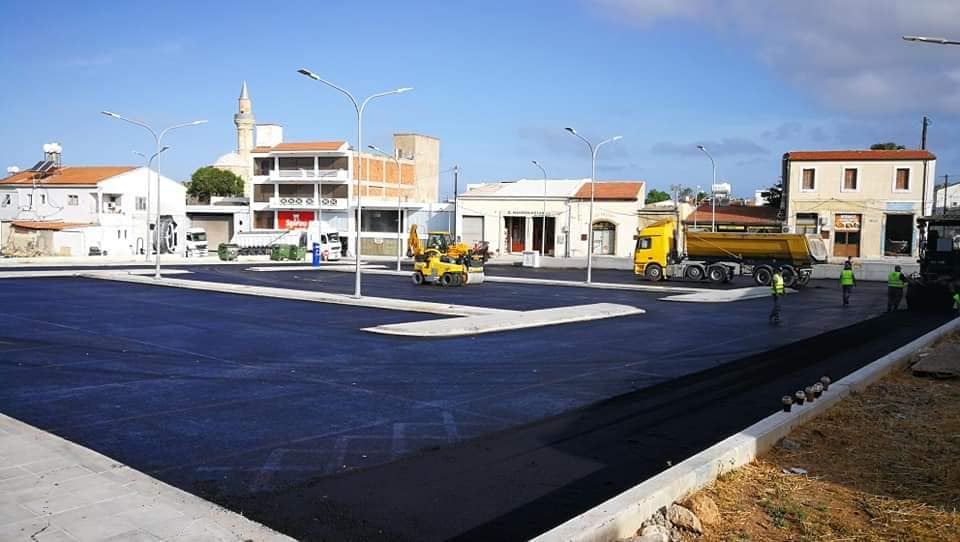 The upgraded road network in the heart of Paphos old town along with two car parks will be open to traffic on Thursday, following a total renovation of the entire area.

Fellachoglou Street, adjacent roads, as well as the newly reconstructed parking spaces with a total capacity of 170 spaces, will be fully operational on Thursday June 11, the municipality announced.

The mayor of Paphos, Phedonas Phedonos will officially ‘open’ the area

The municipality is installing modern road lighting, and the necessary horizontal and vertical road markings are in place.

“This will ensure that the project is fully integrated and given to traffic tomorrow. It will provide easy access and movement, thus contributing substantially to the stimulation of commercial traffic in the traditional shopping centre of Paphos,” a municipality spokesman said.

The entire area, the road and facades along with the two existing car parks are being redeveloped.

On completion, the project will have a total expenditure of 1.3 million euros and was long overdue, as the area had been left to run down and deteriorate for many decades.

“The idea is to present a tidy and attractive centre for our town which will help to attract visitors, shoppers, families, locals and holidaymakers to the old town. It will also join the commercial shopping centre with Mouttalos,” the spokesman said.

Since 1880, the central Paphos street has been the commercial centre of the town where a bazaar was held mainly on Saturdays, according to the municipality. Found close to the market in Paphos old town, Mouttalos was until recently neglected, its infrastructure left largely untouched for decades.

However, more recently the central square was renovated, the narrow roads upgraded and a botanical garden created.

The project also saw the accumulated illegalities in the area removed, as for years the facades of old and abandoned buildings were illegally embellished.

As part of a general ‘tidying up’ of Paphos, the mayor, Phedonas Phedonos vowed to remove all illegal structures, billboards and hoardings in the area, and the wider town.