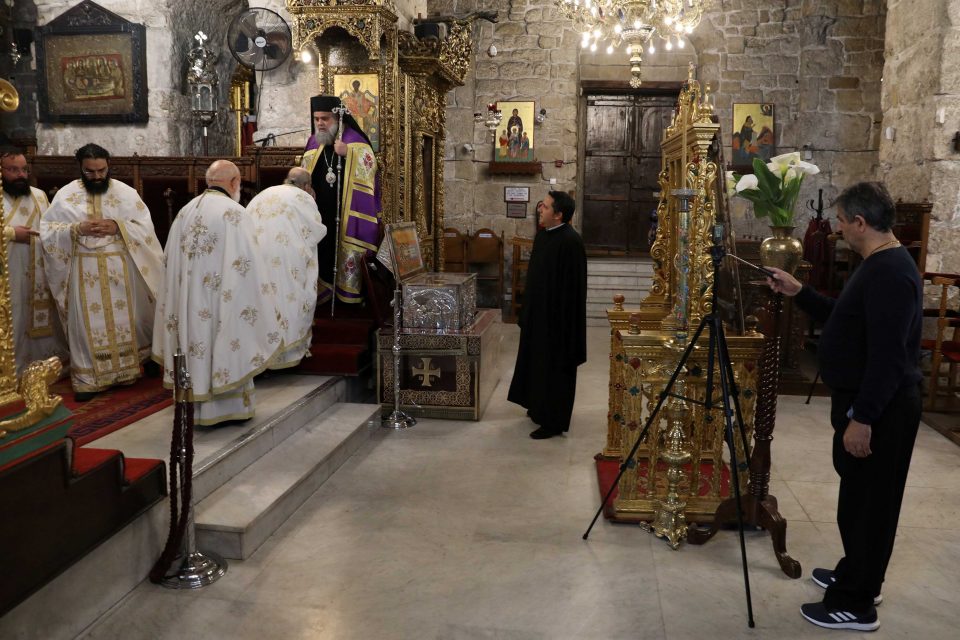 That the teaching of religious education is schools is anachronistic, is plain not only to intellectuals but also to enlightened church leaders – in Greece at least – as well as several theologians. Now, a high school pupil has shaken things up, pointing out this anachronism in an article of hers published in a school periodical and titled “Religious education in school – choice or obligation?” This is most welcome news, throwing a spanner in the works for the Orthodoxy-centred dogma of the ministry of education, which is under the total control of the archbishopric.

We keep saying that we ought to foster critical thinking in our pupils. Simply stated, they should be able to think and judge for themselves. This ability is not innate and needs to be cultivated – assuming it ever is – chiefly by the pupil’s family and in school. But to do that, pupils must be exposed to circumstances that force them to think and judge.

However, religious education is a catechistic class, propaganda for Orthodoxy, and as such cultivates a doctrine founded on the slogan “just believe and don’t ask questions.” This numbs the mind, dulls the mental faculties and, ultimately, completely deactivates critical thinking. In other words, by its very nature religious education neutralises questioning, research, judgement, knowledge. What is being fostered, rather, is blind faith.

But as the German philosopher Nietzsche used to say, “belief means not wanting to know what is true.” So pupils regurgitate the syllabus as handed down to them by the theologian/professor, along the lines of “believe what the book tells you” and “think how I think.” Naturally, in a process like this any critical thinking constitutes an unacceptable deviation from assured academic success.

Pupils are forced to parrot, to the letter, whatever the professor teaches them. Otherwise, they get a lower grade, not only for religious education but also on their general grade average on graduation, potentially making it harder on them to be admitted to a college.

The religious education grade hangs over pupils’ heads like the proverbial Sword of Damocles, forcing them to adapt to their teachers’ commandments. Woe betide the pupil who dares to write a “dissenting” essay, for example by supporting the view of Stephen Hawking that the universe can create itself, out of nothing, without any intervention by a supernatural being.

Any pupil doing so would fail the class. Yet should the same pupil extoll the “astonishing” prophesies of Saint Paisios or some other charismatic “sage”, you can bet that he or she would ace the class. So if nothing else, why not leave religious education in place but not grade it?

The rational solution would be to replace religious education with religious studies, where religion would be taught from a secular point of view. In this way, pupils would be able to understand religion not as believers, but from the outside looking in, from a historical, sociological and humanities standpoint. In short, it would be a class providing knowledge about religions, with particular emphasis on the cultural role of Orthodoxy in Greece and in Cyprus.

How religion is taught is extremely important as it plays a key role in efforts to solve the Cyprus problem. This is something we have not given the proper attention to. Everyone repeats that state education should foster certain fundamental principles and values, such as diversity, respecting the other point of view, cultivating a democratic ethos, rejecting hate speech.

Unfortunately, there exists a wide gap between words and actions. Both the Islam and the Orthodoxy as taught in schools in Cyprus are generally intolerant and racist religions, each claiming to be holding the absolute truth while all others are dismissed as heretics and unbelievers and thus pariahs.

It is common knowledge that the teaching of religion in both the north and the south of the island nurtures the opposite of the intended objective; by pouring scorn on diversity and the other point of view, by promoting intolerance. As long as this way of teaching persists, attempts at rapprochement are dangerously throttled.

Of course, one must sadly conclude that despite the mass support shown to the girl who wrote the critical article, religious education will never be upgraded to a modern, open, non-catechistic, non-confessional class – at least not while the church has its tentacles wrapped around the ministry of education.

As for the archbishop’s surrogate at the ministry of education, not only did he not keep a neutral stance, but he somehow found the gall to tell a local radio station that “some people are attacking the church from dusk till dawn. It harkens back to medieval times.”

Irony of ironies! The very institution which blocked the advent of the Enlightenment to Cyprus is now being showcased as the light of enlightenment, and anyone criticising the education policy belongs in the Middle Ages!