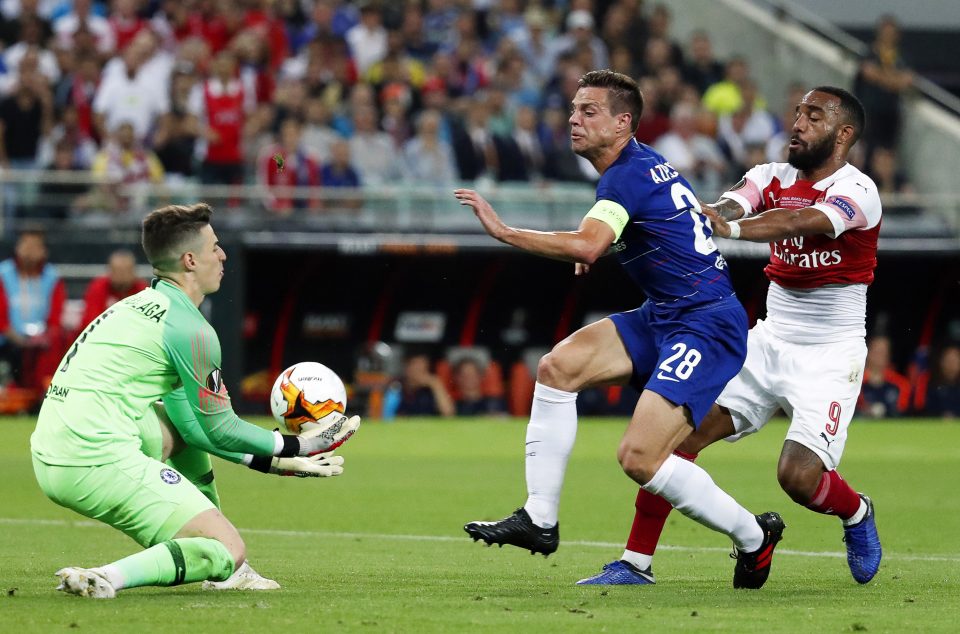 Mikel Arteta says Arsenal’s heavy loss to Chelsea in last season’s Europa League final will not play on his players’ minds as they prepare to face their London rivals in the FA Cup final at Wembley.

Arsenal were outclassed 4-1 by Chelsea in the Europa League final in Baku last year when the two sides were managed by Unai Emery and Maurizio Sarri respectively.
However, Arteta, who took over from Emery in December, was confident Saturday’s clash will have a different outcome.

“A year in football is a different life,” Arteta said in a virtual news conference. “Even two weeks or three days later you can see a team performing one way then they can be a different team so there are not many things to take from that.”

The Spaniard acknowledged the gulf in class between the two sides as Frank Lampard’s Chelsea finished 10 points ahead of the Gunners in the Premier League.
However, Arteta insisted Arsenal would not be overawed by the occasion as they chase a record-extending 14th FA Cup triumph.

“I always say that the league table doesn’t lie too much. You can look at some decisions, even in the games that we played together, where we could have the gap a little bit smaller,” he said.

“Our only aim and all our energy is going to be on winning that trophy, it doesn’t matter where we start. They are playing at a really good level but we are going to go for it.”

Pierre-Emerick Aubameyang continues to be linked with a move away from the Emirates but Arteta believes lifting the cup could convince the Gabon striker to commit his future to the north London club.

“I don’t have that fear,” Arteta said when asked if Saturday’s game could be Aubameyang’s last in an Arsenal shirt. “You need a lot of ingredients on the table to persuade a player of his level to be at this club.

“He still has a contract here. We wanted to keep him and do it in a more long-term way but at the moment he’s with us. Winning the trophy helps to believe. If you wear the armband and lift that cup, that will help.”

As for Chelsea, influential duo N’Golo Kante and Willian have recovered from injuries and are back in cup final contention, Lampard said as he looks to win his first trophy as a manager.

Kante has missed Chelsea’s last six matches in all competitions due to a hamstring injury while Willian sat out their crucial Premier League win over Wolves that ensured the club qualified for the Champions League.

“Kante and Willian are in the squad and we will see if they are fit enough to be involved in the starting 11,” Lampard, who took charge of Chelsea in July last year, told reporters in a virtual news conference on Friday.

The result arguably means more to Arsenal, who need to win to qualify for the Europa League, but Lampard said Chelsea would not take their foot off the gas having already sealed Champions League qualification.

“We have to make sure we are not negatively affected by having qualified for the Champions League,” added Lampard, who won the FA Cup four times as a player.
“It doesn’t affect preparations, we still want to win it. A trophy like this stays with you for life and you’re quickly forgotten if you’re a losing finalist.”

‘A Cypriot driver’s dream will come true, just as it happened to me’