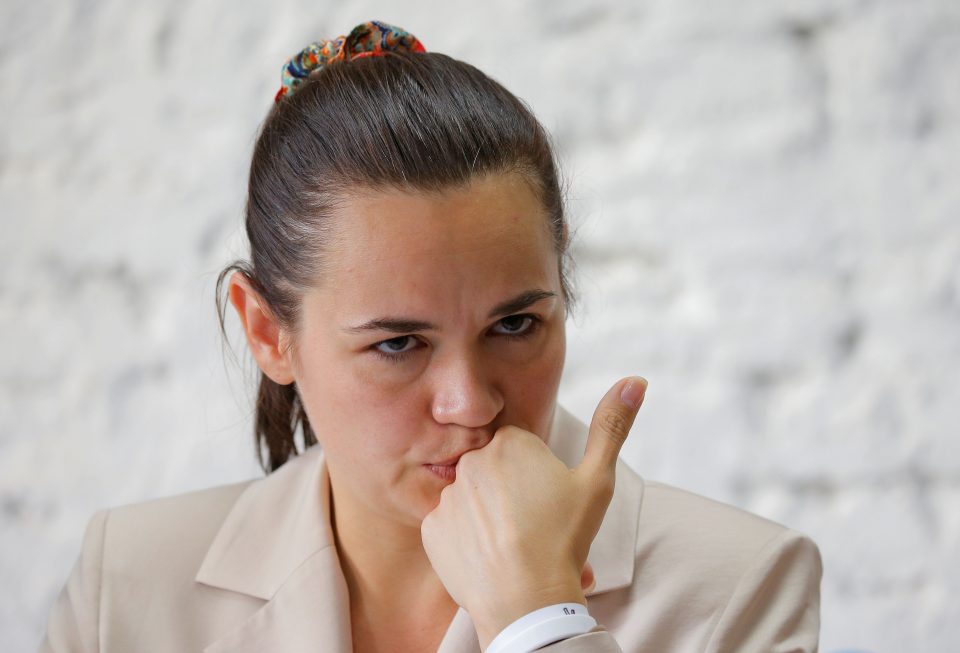 Belarusian opposition leader Svetlana Tikhanouskaya said on Tuesday she had fled abroad for the sake of her children, after two nights of clashes following the contested re-election of strongman President Alexander Lukashenko.

Tikhanouskaya, a 37-year-old former English teacher, emerged from obscurity to mount the biggest challenge in years to Lukashenko, taking her husband’s place in the campaign after he was jailed.

“You know, I thought that this whole campaign really had hardened me and given me so much strength that I could handle anything,” she said, explaining her decision in a sombre video released on her husband’s YouTube channel.

“But, probably, I’m still the weak woman I was in the first place. I have made a very difficult decision for myself.”

Both she and the Belarusian authorities said she had not been forced to leave.

There had been concern about Tikhanouskaya’s whereabouts after her campaign team said on Monday they had been unable to reach her by phone hours after she was known to have left a meeting with central election commission officials.

By Tuesday morning she had joined her children in Lithuania. The state border committee later confirmed her departure.

“And I know that many people will understand me, many will judge me and many will hate me. But, you know, God forbid being faced with such a choice the I was faced with,” she said.

“So, people, take care please – no life is worth what is happening now. Children are the most important thing in our lives.”

At least one person died as police clashed with protesters on Monday after the opposition accused Lukashenko of rigging the vote amid widespread criticism from Western leaders.

In power for more than a quarter of a century, Lukashenko has compared the protesters to criminal gangs and dangerous revolutionaries with shadowy foreign backers.

U.S. Secretary of State Mike Pompeo said the election was “not free and fair” and condemned “ongoing violence against protesters and the detention of opposition supporters”.

Foreign observers have not judged an election to be free and fair in Belarus since 1995, and the run-up to this month’s vote saw authorities jail Lukashenko’s rivals and open criminal investigations of others who voiced opposition.

Tikhanouskaya’s campaign rallies drew some of the biggest crowds since the fall of the Soviet Union in 1991. She was initially reluctant to stand, saying she had received an anonymous threat of having her children taken away.

She had moved them abroad during the campaign.

Her husband, Syarhei, had popularised a protest movement that compared Lukashenko to a cockroach character from a children’s fairytale. He was arrested in May.