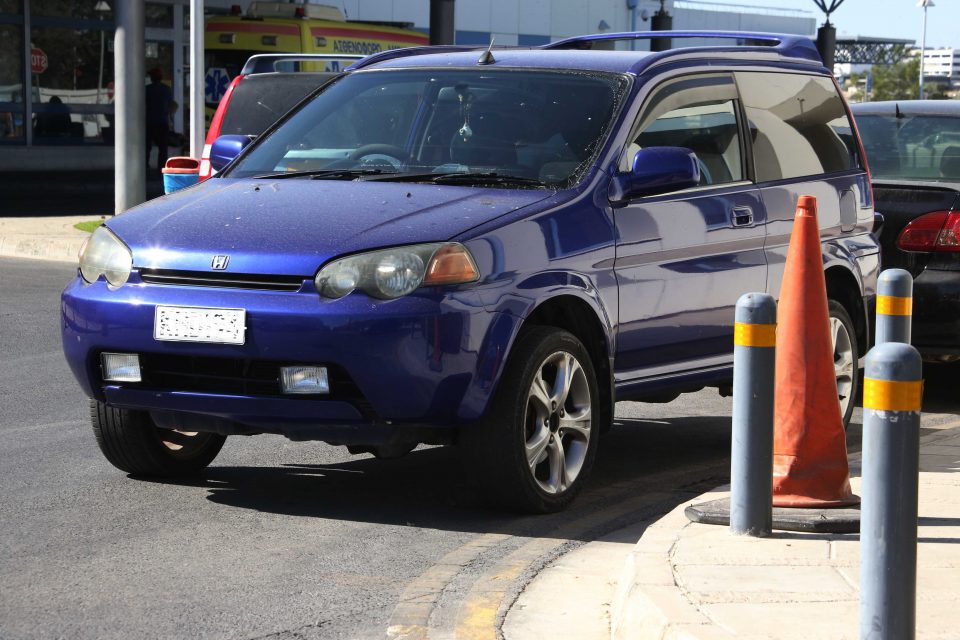 Last month saw massive hikes in fines for illegal parking, but was that really enough of an answer?

Cyprus is famed for being overstuffed with civil servants, but there is one type of public officer – the traffic warden – which is rarely sighted in the wild and in some municipalities is critically endangered, if not extinct altogether.

All of which rather begs the question of whether last month’s steep hikes in fines concerning driving and parking offences were really necessary, or whether the answer lay as much with greater enforcement. In any case, to the casual observer, and as the photos taken last week that accompany this article attest, the steeper fines do not seem to have deterred illegal parking.

For most of us, cars parked illegally along the pavement or on double yellow lines is an inconvenience. For others, such as parents with pushchairs or wheelchair users, it can be a matter of life and death.

Indeed, a 69-year-old man on a mobility scooter died in September 2019 after being forced onto the road due to a car parked illegally on the pavement.

Michalis Sevastides, an amputee, was fatally injured when he was violently struck by an oncoming vehicle on Constantinoupoleos Street in Kaimakli, eastern Nicosia.

The responsibility for keeping the pavements clear and clamping down on illegally parked cars falls mainly on municipalities – and yet – some, such as Dali, do not employ a single traffic warden.

“People think that the police are responsible for issuing parking fines and they are just neglecting it, but the main responsibility lies with the municipal authorities,” Jason Senekkis, road safety advisor to the justice ministry, told the Sunday Mail.

A Dali municipality official told the Sunday Mail that: “For us it’s because there has been a freezing in the hiring of civil servants, so for that reason we cannot have our own traffic wardens and [we] rely on the police.”

For Demetris Lambrianides, head of the paraplegics’ organisation, that is only partly an acceptable excuse.

“I understand that they may not be able to employ a large number but many municipalities state that the fines issued more than cover the employment [cost] of traffic wardens,” he told the Sunday Mail.

The result is a mishmash. Municipalities such as Anthoupoli, Latsia and Aglandjia are responsible for sorting out the parking issues in their areas. And yet, some municipalities have no traffic wardens, instead shifting the burden to the police.

The police confirmed to the Sunday Mail that they do get involved in instances of illegal parking, but mainly only when it is particularly dangerous or blocks the flow of traffic. The traffic police’s main concerns focus on dangerous driving such as speeding, drink-driving, driving without seatbelts, etc.

But asked why there are some areas which are continuously plagued with illegally parked cars, he said that: “We have a population of about 25,000… we can’t be everywhere all the time.”

He does not accept that increasing the fines was unnecessary and that simply enforcing the existing rules would have sufficed.

“It [heavier fines] play an important role in changing the culture, I think they’re good,” the mayor said.

He said that about 150 tickets were being issued per month and this has so far gone down since the increased fines – as apparently there is less illegal parking.

For Lambrianides though the risk of being fined €100 is so low that many people still chose to park illegally anyway, and the main issue remains enforcement.

“We, as an organisation, have been encountering for years this weakness [in enforcement] and have called on parliament to allow traffic wardens to photograph cases of illegal parking and later send the fine,” Lambrianides said.

“As it stands now, it takes traffic wardens time and they often encounter hostility while the police are mainly on their way to more important duties,” he said.

“If it were to be done simply via photograph then the illegal parking problem would decrease drastically, as people would know it is far more likely for them to be fined.”

Lambrianides cuts straight to the point: “I do feel there is major hypocrisy, many say that they want this issue solved but very few actually mean it.”

In practice, he said, many allow illegal parking because it suits certain interests whether shop keepers or powerful residents.

Others have suggested that municipalities, and therefore mayors themselves, are hesitant to embark on a campaign to reduce illegal parking particularly when it mostly comes from their own residents.

“It’s a big responsibility of the municipalities which they do not take seriously because it costs votes,” a person close to the subject said bluntly.

Simply put, ramping up fines on their own residents may cost the mayor and the municipal councillors their chance of re-election in the next local elections.

Whether that’s true or not, what is clear is that illegal parking is less likely to be from local residents in larger municipalities.

Nicosia municipality spokesperson Marina Koumasta told the Sunday Mail that they employ 30 traffic wardens – set to increase by five in the coming year – and issue an average of 1,200 parking fines per month.

For road safety expert Senekkis, the bigger picture is really about the continued focus on cars.

“We have reached a point where cars are dominant and every action and decision depends on how it will be easier for cars to move around rather than humans,” Senekkis said.

He lamented that a “real opportunity was missed” during the lockdown to further promote cycling with many of the bicycle shops sold-out, he noted.

Both Lambrianides and Senekkis emphasised that an overemphasis on cars has taken us down a dead-end.

But as many new carparks are set to come online, especially in the downtown Nicosia area, won’t this help ease the situation?

Senekkis isn’t convinced, saying that other countries are moving away from prioritising cars.

“The approach in Europe is ‘build it and they will come’, meaning that if you create pedestrian and bicycle zones people will definitely use them,” he said.

“In Cyprus [we] are still focusing on creating more roads and parking places in areas where cars should be excluded and reduced to a minimum.”

Indeed, Cyprus ranks third in the EU for the highest number of passenger cars per 1,000 people, at 629, according to Eurostat’s data from 2018.

Lambrianides spoke fondly of Sweden, where he was taken by surprise over how many elderly people were out and about.

“We saw old people with walking sticks out in the city centre, because it’s pedestrianised and they can take a bus which is very close to their house,” he said.

While the situation may at times seem bleak in Cyprus, there is hope on the horizon.

Back in August, the cabinet approved the installation of thousands of new bus stops and bus shelters, a project estimated at €35m.

The transport ministry said the goal is to provide improved and increased service to public transport users, and shelters will provide the necessary information.

A total of 4,962 bus stops will either be installed or upgraded island wide. The construction of 2,015 new bus stops, 1,688 shelters and the upgrade of 1,259 is planned, something that is estimated to be completed within five years at an annual cost of €7 million.

Other projects, such as increasing the number of cycle lanes, it is hoped, will complement each other and create a safer and more accessible travel network.

Liverpool match gives us a chance to show our quality, says Ederson

Can you plan for the future in Cyprus during the pandemic? – personal finance