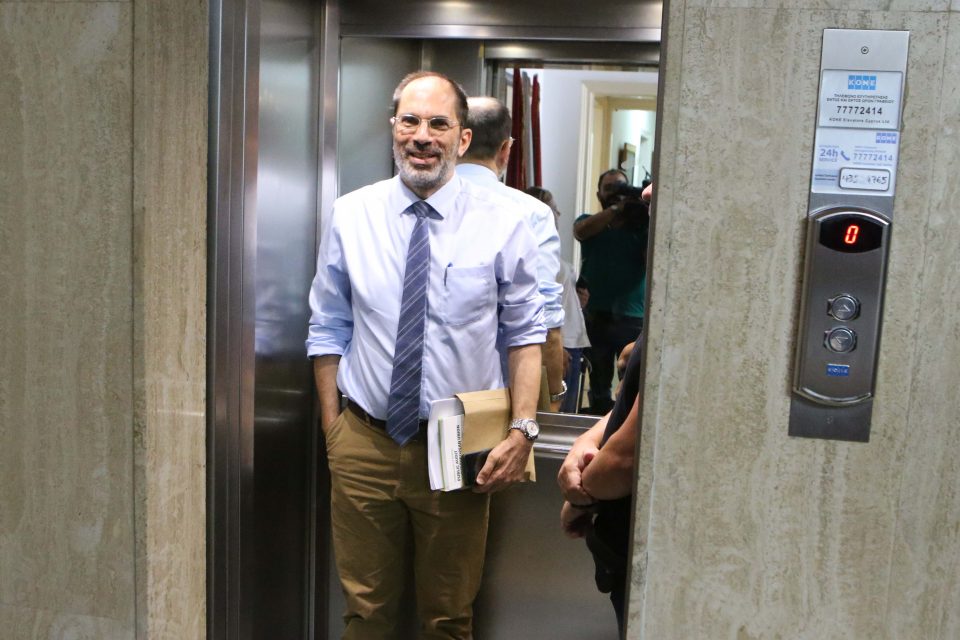 Auditor-general Odysseas Michaelides on Tuesday testified before the investigative committee on citizenships by investment.

During the four-hour-long procedure, Michaelides was asked about his own probe into alleged dodgy citizenships given to foreign investors concerning three reports his office prepared and released in January, September and a few days ago.

Among other things, the committee said they asked Michaelides how he concluded that the naturalisations of a number of people related to the casino-resort but also to a significant number of persons related to a large company of foreign interests, are illegal and in violation of the law.

Based on the conclusions in his special reports, Michaelides was also asked if and how lack of access to the naturalisation files affected the audit office’s probes. The committee, citing a report released last January, also asked him why he considers that parliament had been misled over checks carried out in 2016, regarding the legality of the naturalisation of adult children and other relatives of foreign investors and entrepreneurs.

The committee also grilled Michaelides for the timing of the publication of his latest special report just a few days ago, pending its own probe currently underway.

Additional information was requested which the auditor-general reserved the right to send within a few days, the committee said.

Michaelides found himself in hot water with the government and the attorney-general after releasing his latest report suggesting that 18 Cypriot passports granted under the investment scheme did not meet the programme’s naturalisation criteria under the law, and were therefore tainted. Attorney-general Giorgos Savvides, who had warned Michaelides not to release anything while the investigative committee was at work, had said he would do what’s necessary to safeguard public interest.

The independent committee was appointed by Savvides in October to scrutinise all citizenships given to foreign investors and businessmen and their relatives between 2007 and August 17, 2020.

It said on Tuesday it continues to investigate several high-risk cases while it continues to receive more files from the interior ministry. It added that it asked the attorney-general to extend their appointment for three more months, until March 6, to have time to complete their task citing the 6,744 cases it must scrutinise, delays in the delivery of information and also problems encountered due to the pandemic.