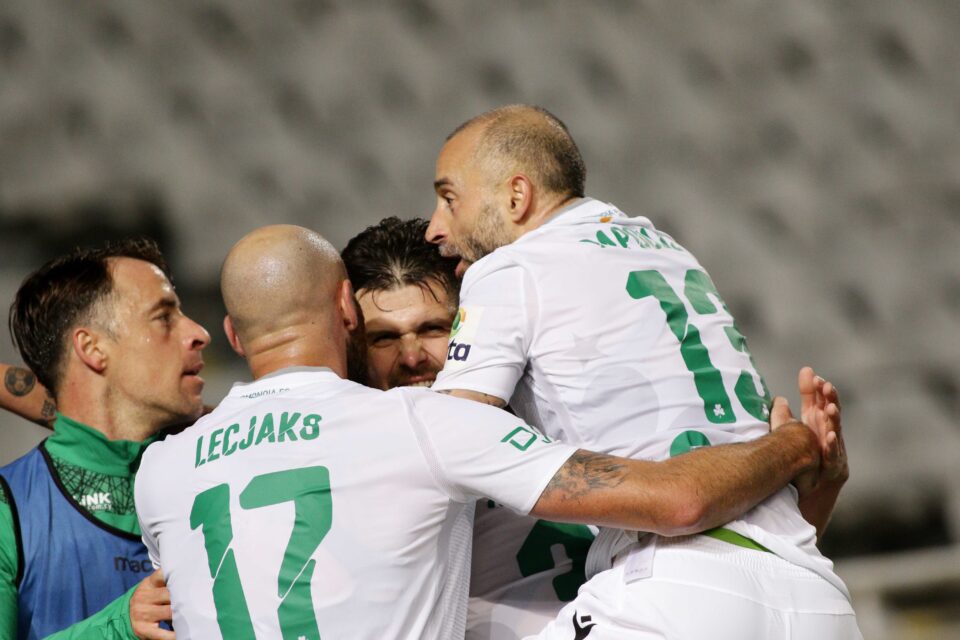 Omonia's players celebrate after scoring against Apoel on Monday.

Omonia’s seven-year wait for a win over arch-rivals Apoel finally came to an end on Monday night as they defeated them in style 3-0 in the final game of Round 13 of the Cyprus football championship. This was Omonia’s first win over Apoel since April 2013.

It was a mostly one-sided affair, with the exception of a short spell in the second half, with Omonia in complete control and were it not for some wayward finishing from their attackers the game could have been over before the half-time break.

Omonia opened the score in the 38th minute after Apoel failed to clear a corner with the ball falling invitingly to Luftner who blasted the ball past goalkeeper Silva from close range.

Apoel’s coach Mick McCarthy made four changes just after the interval to try and force his side back into the game and for a 10-minute period after the hour mark they were the better side.

In this period Apoel could have equalised but Omonia’s goalkeeper Fabiano made two fine saves first to deny Nsue and then Wheeler.

From there on Omonia regained control of the game and pressed forward for a second goal to kill off their rivals.

This came in the 80th minute after Silva did well to save Kousoulos’ header but the same player reacted first to chest the ball over the line.

The icing on the cake came four minutes from the end after Papoulis’ free-kick was deflected into Duris’ path, who had the simplest of tasks to tap the ball into the net with Silva having already dived in the other direction.