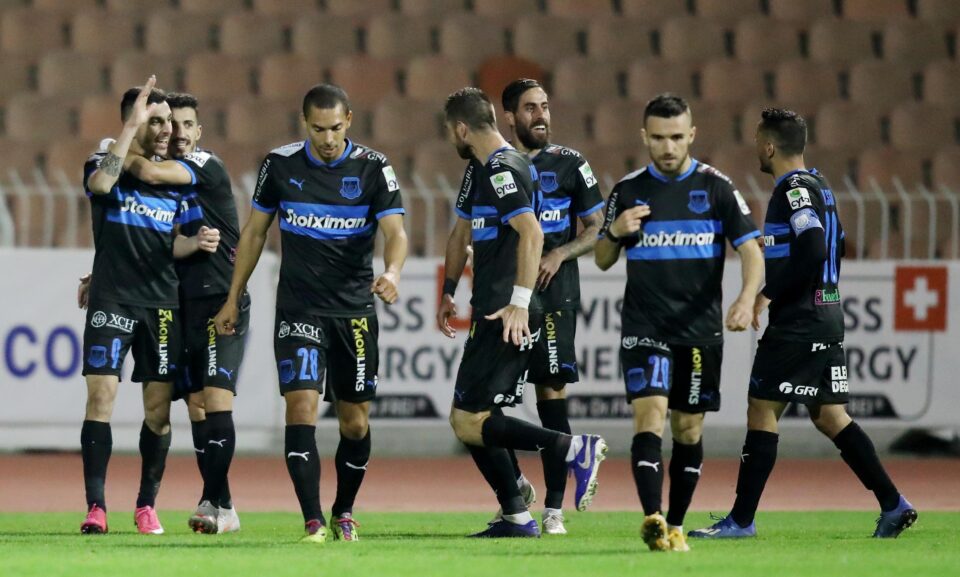 WE are just eleven days into the introduction of VAR in Cypriot football and the world has seemingly turned upside down. The game between Omonia and Pafos sparked an unprecedented chain of recriminations and controversy.

The debate around a last-minute decision by the referee with the assistance of VAR prompted the Cyprus Football Association (CFA) to speak out and side with the referee, which then resulted in the now former refereeing committee president Bertrand Layec sending a statement to the referees contradicting the CFA, before retracting everything on the same day.

Last Saturday, AEL Limassol were shown a red card after a VAR review, which prompted the team’s chairman to further criticise Layec, who resigned on Monday, before his replacement, Milorad Mažić, was announced by the CFA a day later.

All the off-the-pitch chaos and the resulting chatter about it, alongside the spiralling Covid-19 situation within Cypriot football, have sadly distracted fans from what has turned out to be an intriguing season, with plenty of interesting talking points.

THE RISE OF MARINOS TZIONIS

Earlier this year, we wrote about homegrown players not being a priority for most Cypriot clubs, with older and more experienced players being preferred over developing youngsters.

There have been a few exceptions over the years, but none so impressive as that of Marinos Tzionis, who at just 19 years of age can already count 37 senior appearances for Omonia in club competitions.

Tzionis is not there to make the numbers either. In the 1362 minutes he has featured for Omonia this season, Tzionis has registered four goals and one assist. The closest player in terms of goal contributions and age is AEL’s 22 year-old centre forward Matko Babic.

It is a testament to both the higher status of Cypriot football through the participation of Cypriot clubs in European competitions as well as the improved recruitment structures of certain clubs that players based in Cyprus are attracting interest from more advanced leagues.

Apollon’s Attila Szalai has been a standout addition since he joined the Limassol club, with the young Hungarian defender making waves as a centre-back both in a back-three and back-four system.

The player has been linked with moves to Turkey and Germany, but will likely see the season out before leaving, meaning that any fee may be boosted by Hungary’s participation at the European championship.

Another youngster making a name for himself is Pafos’ attacking midfielder Onni Valakari. The Finn recently scored a wonderful goal against France and is also registering strong numbers domestically, scoring five goals and assisting another two so far this season.

The pandemic has made it hard to enjoy the current season in a truly carefree manner, but we must appreciate how competitive it has turned out to be. Just six points separate the top five clubs, while perennial champions Apoel have had a season to forget so far, finding themselves in ninth place. Excellent displays by both Olympiakos and Pafos have added further unpredictability to the mix, with no team truly standing out as the undeniable favourite for the title.

*stats and table referenced valid until the end of round 15

Ensuring the rights of employees

Share of energy from renewable sources in transport lowest in EU