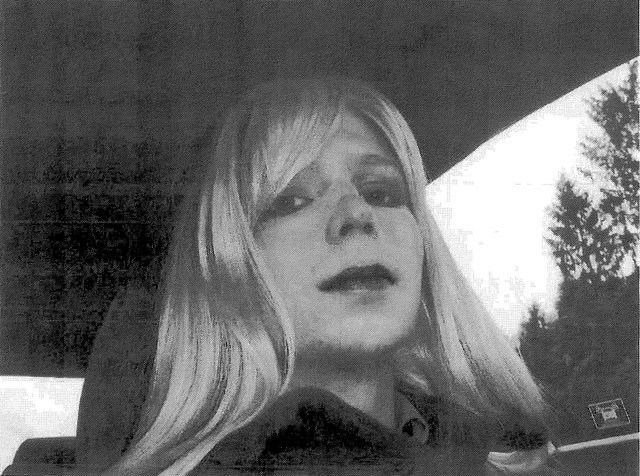 Chelsea Manning is pictured in this 2010 photograph obtained on August 14, 2013.

By Roberta Rampton and Ayesha Rascoe

President Barack Obama on Tuesday shortened the prison sentence of Chelsea Manning, the former U.S. military intelligence analyst who was responsible for a 2010 leak of classified materials to anti-secrecy group WikiLeaks, the biggest such breach in U.S. history.

A White House official said there was no connection between Manning’s commutation and renewed U.S. government concern about WikiLeaks’ actions during last year’s presidential election, or a promise by founder Julian Assange to accept extradition if Manning was freed.

Manning has been a focus of a worldwide debate on government secrecy since she provided more than 700,000 documents, videos, diplomatic cables and battlefield accounts to WikiLeaks – a leak for which she was sentenced to serve 35 years in prison.

Obama, in one of his final acts before leaving office, reduced her sentence to seven years, angering some Republicans.

“This is just outrageous,” House of Representatives Speaker Paul Ryan said in a statement. Ryan, a Republican, said the decision was a “dangerous precedent” for those who leak materials about national security.

“Chelsea Manning’s treachery put American lives at risk and exposed some of our nation’s most sensitive secrets,” Ryan said.

Manning was working as an intelligence analyst in Baghdad in 2010 when she gave WikiLeaks a trove of diplomatic cables and battlefield accounts that included a 2007 gunsight video of a U.S. Apache helicopter firing at suspected insurgents in Iraq, killing a dozen people including two Reuters news staff.

“We ought not treat a traitor like a martyr,” Cotton said.

Manning, formerly known as U.S. Army Private First Class Bradley Manning, was born male but revealed after being convicted of espionage that she identifies as a woman. The White House said her sentence would end on May 17 this year.

Manning, who twice tried to kill herself last year and has struggled to cope as a transgender woman in the Fort Leavenworth, Kansas, men’s military prison, accepted responsibility for leaking the material — a factor that fed into Obama’s decision, a White House official told reporters, speaking on condition of anonymity.

The official said Obama’s decision was rooted in Manning’s sentence being longer than sentences given to others who had committed comparable crimes. Obama, who leaves office on Friday and is scheduled to give his final news conference on Wednesday, is expected to discuss his decision then.

But Obama’s decision had nothing to do with the latest WikiLeaks controversy, the White House official said.

“The president’s decision to grant clemency and offer commutation to Chelsea Manning was not influenced in any way by public comments from Assange or the WikiLeaks organization,” a White House official said on a conference call with reporters.

Assange has been holed up at Ecuador’s London embassy since 2012 to avoid extradition to Sweden for the investigation of allegations, which he denies, that he committed rape there in 2010. He has said he fears Sweden would extradite him to the United States, where there is an open criminal investigation into the activities of WikiLeaks.

WikiLeaks sent a tweet quoting Assange’s attorney, Melinda Taylor, saying he would abide by his promise to accept extradition if Manning was freed. “Everything that he has said he’s standing by,” Taylor said, according to the tweet.

“Chelsea Manning exposed serious abuses, and as a result her own human rights have been violated by the U.S. government for years,” said Margaret Huang, executive director of Amnesty International USA.

Obama also pardoned retired U.S. Marine Corps General James Cartwright who pleaded guilty in October to making false statements to the FBI during an investigation into leaks of classified information.

The aggressive prosecution of Cartwright, who last served as vice chairman of the Joint Chiefs of Staff, sent shockwaves through the Pentagon.

He lied during questioning by the FBI over a book written by a New York Times reporter that exposed a malicious computer software program known as “Stuxnet” designed to disrupt Iran’s nuclear program. Cartwright denied being the source of the leak.

Obama weighed Cartwright’s service along with his motive when making the decision, the White House official said, noting Cartwright had not divulged material that the journalist was not already aware of, and that his conversations were focused on preventing the publication of material that could hurt national security.

“It’s clear in this case … that General Cartwright’s motive was different than most people who are facing charges of leaking classified information to a journalist,” the official said.

Also on the pardon list: Oscar Lopez Rivera, who was sentenced in 1981 to 55 years in prison for his involvement with Puerto Rican militant group FALN, which claimed responsibility for dozens of bombings in the 1970s and 1980s.

Lopez Rivera — who turned down a similar offer from President Bill Clinton in 1999 — was the last remaining member of FALN still in prison.

“Mr. Lopez Rivera is now in his 70s. He has served 35 years, nearly half of his life in prison,” a White House official said. “The president determined that was sufficient amount of time to serve, although the president certainly believes that the crimes that were committed were serious.”

U.S. Senator Bernie Sanders campaigned for the release of Lopez Rivera during his unsuccessful campaign against Hillary Clinton for the Democratic presidential nomination.

Manning and Lopez Rivera were among 209 commutations granted by Obama on Tuesday and Cartwright was among 64 pardons.

In total, Obama has commuted sentences for 1,385 federal prisoners — a total greater than that of the 12 previous presidents combined — and he is expected to announce more on Thursday, the White House official said.

Most of the commutations were a part of Obama’s effort to reduce the number of people serving long sentences for non-violent drug offenses.

Get smart with your smart phone photography