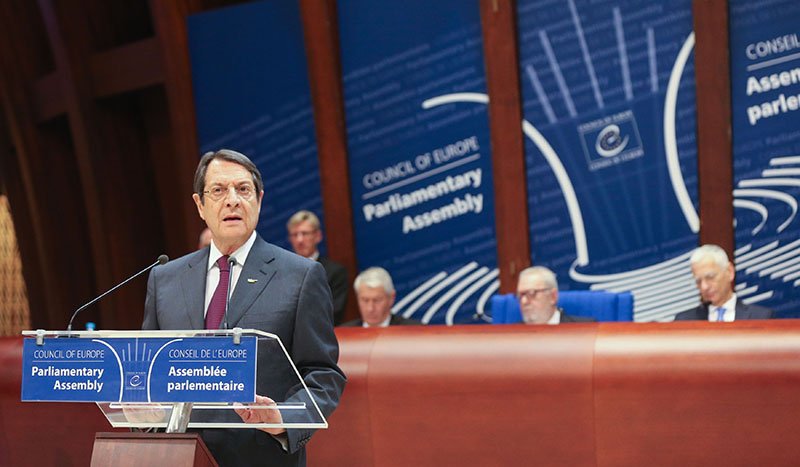 The near future will be decisive in relation to efforts to reach a Cyprus settlement, President Nicos Anastasiades said on Tuesday, addressing the Parliamentary Assembly of the Council of Europe (PACE).

At the same time, and in a nod to stakeholders everywhere, the president stressed that foreign guarantees and rights of intervention in Cyprus are “anachronistic.”

“We believe that similar anachronistic arrangements can only cause problems, and they are not the answer to any concerns the parties may have, whether such concerns are warranted or not,” he said.

Anastasiades said a major source of difficulty, persisting to this day, was the Treaty of Establishment which “unfortunately gave the guarantors the impression that they had the right to intervene in the internal affairs of the fledgling [Cypriot] state.”

This state of affairs, he added, culminated in the Turkish invasion of the island in 1974, on the pretext of restoring constitutional order in the wake of the coup perpetrated by Greece’s military junta.

Rather than restore order, noted Anastasiades, Turkey went on to occupy 37 per cent of the island, displacing some 167,000 Greek Cypriots living in the north.

In his speech, the president outlined the major convergences achieved during reunification talks and which would constitute fundamental terms of a comprehensive settlement agreement.

He said the internal structure of the Republic of Cyprus will evolve into a bi-zonal, bi-communal federation, with political equality between the two communities.

The independence and territorial integrity of a united island will be fully safeguarded under international law, the UN Charter and EU law.

Further, the constitution of a united Cyprus will include provisions strictly prohibiting secession or union, in whole or in part, with any other country.

To ensure the principle of bizonality, each of the constituent states will have designated administrative boundaries.

Anastasiades spoke of effective power-sharing arrangements so as to prevent any community imposing its will on the other.
All these safeguards, he said, go to show that “military guarantees or, worse, intervention rights by any third country, are not only unnecessary, but also outdated.”

The president later took questions from members of the Assembly. 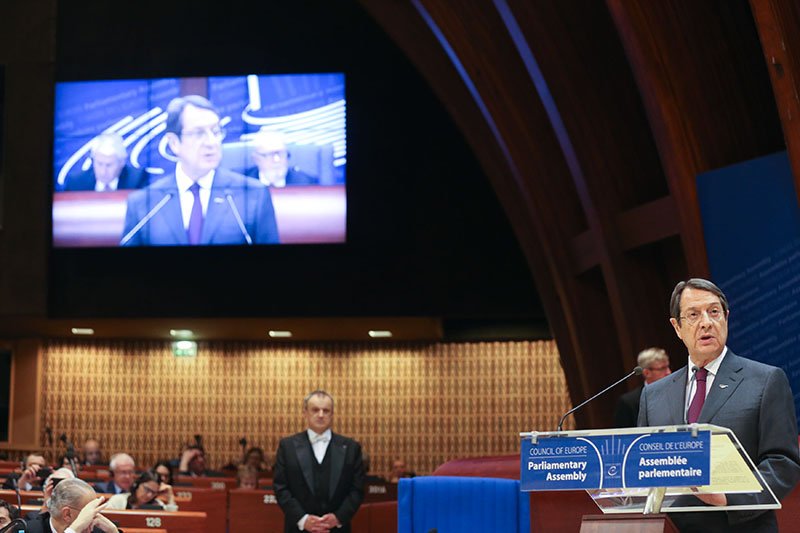 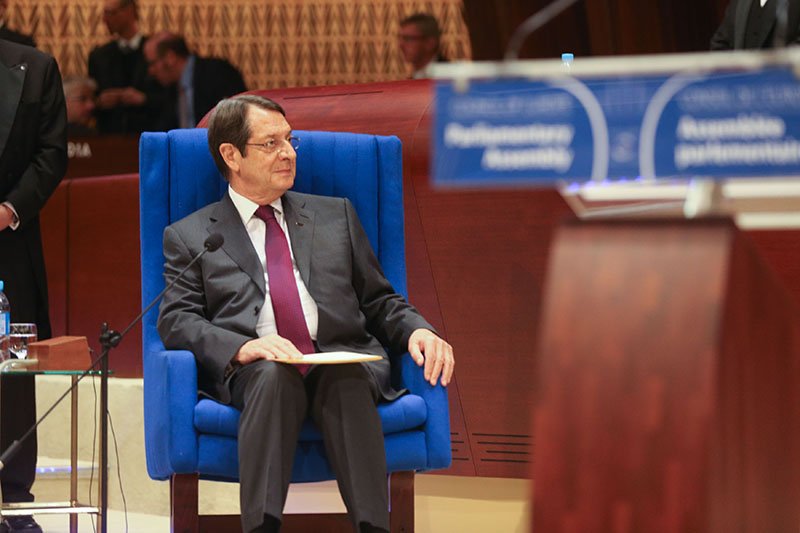 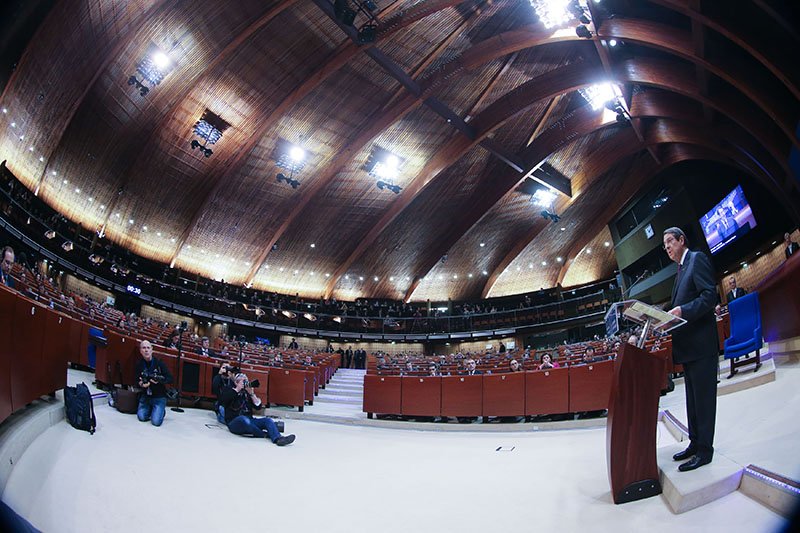 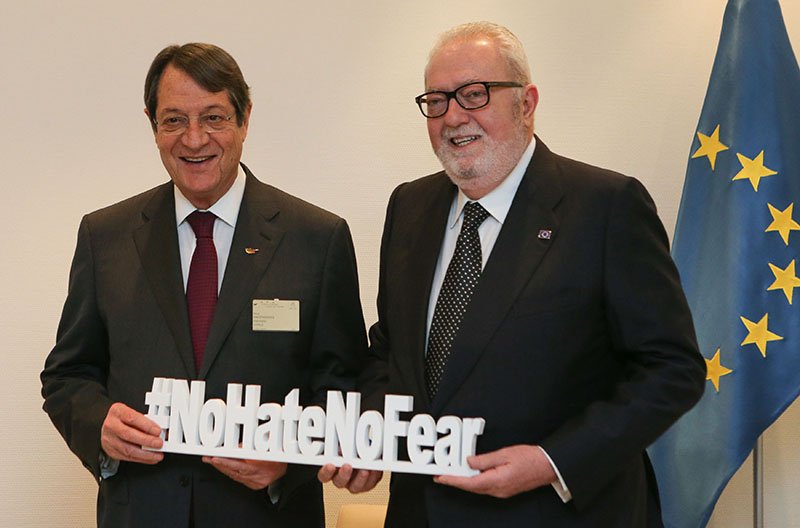 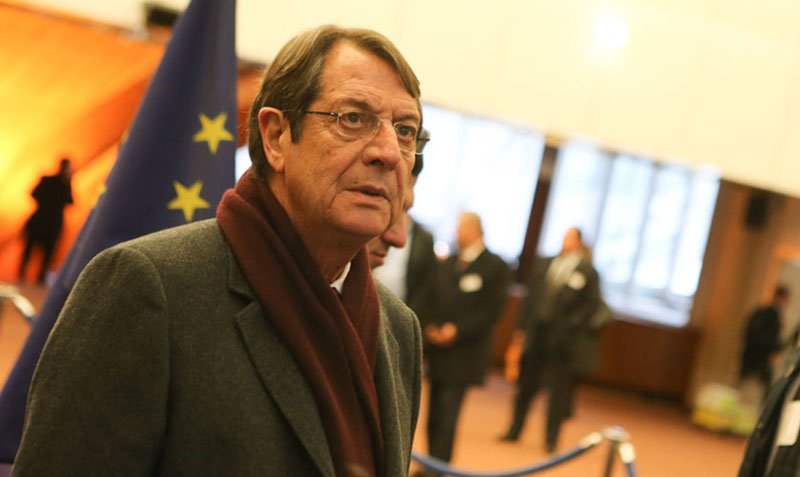 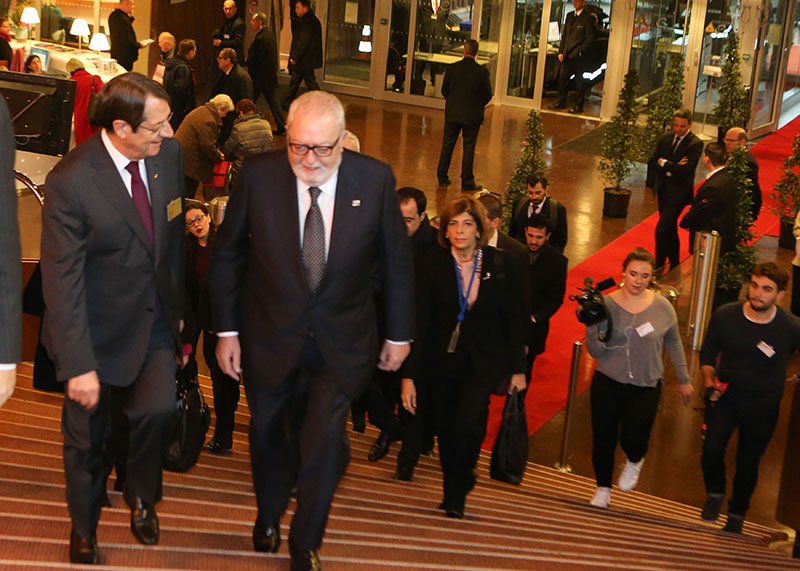 Asked what were the lessons gleaned from the rejection of the settlement plan in 2004, Anastasiades said it was that a solution must come from the Cypriot people alone.

The fact that outside powers played a role in formulating the 2004 plan, he noted, had created among the people the notion that the proposed solution was unfair.

On whether the July 2016 coup in Turkey impacted the peace process, the president said it did not affect the positions of the

Turkish Cypriot side at the negotiating table.

The president also responded to an observation made that the Conference on Cyprus – in particular the stretch in Geneva earlier this month – did not have the desired outcome.

He said any disappointment from the outcome of the Geneva talks may be attributed to undue expectations ahead of the gathering.

The Conference on Cyprus is an open-ended process and will continue, he added.

“I believe the technical committees will continue working, with a view to leading to another summit on Cyprus. But the date [for the summit] is not known yet.”

The first round of ‘technical talks’, featuring experts from the two sides in Cyprus plus the three guarantor powers – Greece, Turkey and the UK – concluded last week at Mont Pelerin, Switzerland.

The experts are tasked with identifying specific questions related to the issue of security and guarantees and the instruments needed to address them.

Anastasiades said his next scheduled meeting with Turkish Cypriot leader Mustafa Akinci, and with the UN, would take place in Cyprus this Thursday.

He said “it might be possible” to reach a deal on security and guarantees over the coming weeks or months.

“We are still at the beginning… positions have not changed, so we cannot express optimism. But the fact that Turkey has come to the negotiating table to discuss guarantees is a sign of progress.

“Of course, it all depends on the final outcome, on whether Turkey agrees to the abolition of guarantees and the withdrawal of troops.”

Later in the day, Anastasiades held a meeting with the President of the CoE Congress of Local and Regional Authorities Gudrun Mosler-Tornstrom.

He next attended a special ceremony to mark the international day of commemoration for the victims of the Holocaust.

Anastasiades arrived in Strasbourg on Monday evening, and will be returning to Cyprus on Wednesday.

The Republic of Cyprus holds the presidency of the Committee of Ministers of the Council of Europe (CoE) from November 22, 2016 to May 19, 2017.

One in four children target of sexual abuse