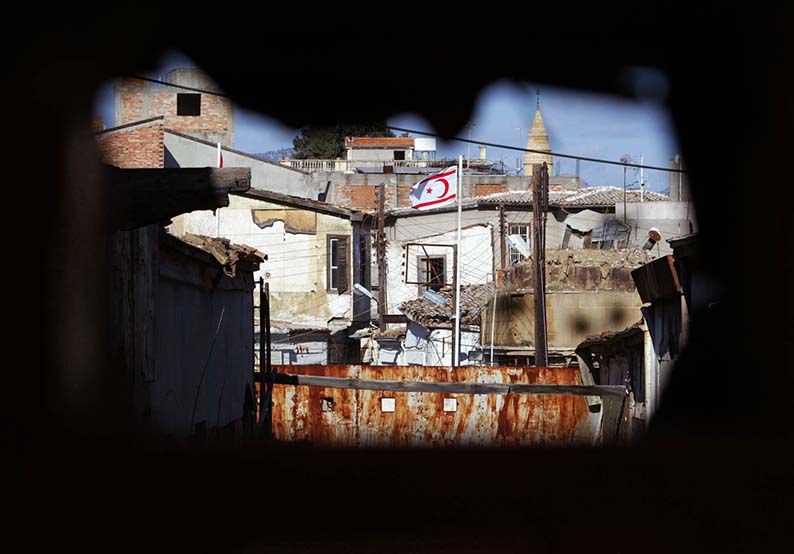 HOPES of bringing to justice the murderers of George Low, a British tourist stabbed to death in Ayia Napa last summer, are virtually non-existent, due to the political non-recognition conundrum between the Republic of Cyprus, Turkey, and the Turkish Cypriot administration north.

Low, 22, was murdered in the early hours of August 14 last year, when a man he had had a brief altercation with minutes earlier returned with a friend and stabbed him and another man near the bustling Ayia Napa square.

Two men, 22-year-old Turkish national Mehmet Akpinar and Bulgarian national Sali Ahmet, 42, were identified as the prime suspects but fled to the north, where they were arrested for illegal entry and entering a prohibited military area.

Despite unofficial overtures, the detained suspects were never handed over to the Republic of Cyprus’ authorities.

Instead, they were tried, convicted, and jailed in the north, Akpinar for three months – he was released and ‘deported’ to Turkey in February – and Ahmet one year, due for release in September.

The case is eerily reminiscent of a much older one, which returned to the fore earlier this month due to a ruling by the European Court of Human Rights, according to which Cyprus and Turkey violated the European Convention of Human Rights because they failed to co-operate in its investigation.

The ruling related to a 2005 incident, in which a Turkish Cypriot family of three was gunned down in their car on the Nicosia-Larnaca highway.

Turkish Cypriot businessman Elmas Guzelyurtlu, his wife Zerrin, and their 15-year-old daughter Eylul were kidnapped from their home in the government-controlled areas and driven to the location where they were later found dead.

The perpetrators, criminals from the Turkish Cypriot underworld, fled to the north and escaped prosecution because of the lack of co-ordination between the Republic of Cyprus and Turkey.

The investigation was provisionally closed in 2008, “pending future developments”.

On April 4, the ECHR announced that it had found that Cyprus and Turkey had violated Article 2 – right to life/investigation – of the European Convention of Human Rights with regard to the case.

The Republic of Cyprus had requested the suspects’ extradition and declined a request by the Turkish Cypriots to hand over the case file containing the evidence collected so they could prosecute.

On the Cypriot government’s side, the court said, it was evident that what had driven the unwillingness to cooperate was the refusal to lend any legitimacy to the ‘TRNC’ – “an argument that this court rejected”.

It ruled in this respect that it did not accept that steps taken to cooperate in this case would amount to recognition, implied or otherwise of the ‘TRNC’.

“On the other hand, the court found it striking that the extradition requests made by the Cypriot Government, the sole legitimate government of Cyprus, had been completely ignored by the Turkish government.”

Alone in the world, Turkey does not recognise the Republic of Cyprus as a legitimate government, routinely referring to it as “the Greek-Cypriot administration”.

“This is exactly the conundrum – this is the reason such cooperation is just impossible,” Greek Cypriot co-chair of the bicommunal technical committee on criminality Andreas Kapardis said.

“Mostly Turkey,” police deputy spokesman Stelios Stylianou made a point of correcting when the Mail pointed out that the ECHR ruling blamed Cyprus and Turkey jointly for the impasse in bringing suspects to justice over the Guzelyurtlu murders.

Stylianou said the ruling has not prompted updated instructions to Republic of Cyprus police on how to deal with instances of suspects fleeing to the north, though the Mail has learned that Justice Minister Ionas Nicolaou has asked for a detailed briefing on the ECHR decision – ostensibly to explore ways of improvement.

“We have received no revised instructions on how to handle such cases, but they are, anyway, the remit of the bicommunal committee on criminality,” he said.

“Because what can be done in such cases can be done, by default, informally and unofficially.”

One was caught before he could get far, but the other managed to flee to the north.

Hours later, and even though he, too, had entered the Turkish-held area illegally, the convict had been delivered by Turkish Cypriots to RoC police, via the United Nations, proving there is a way for the justice system to work efficiently, despite the politics.

“I can’t be sure how things worked in this case,” Kapardis said.

“Maybe he crossed over through one of the checkpoints and that’s why he wasn’t arrested in the north.”

But the Low case is unique in another way: it involves not just Greek and Turkish Cypriots and Turkey, but another country, too – a guarantor of Cyprus’ independence, no less.

The British government is treating the Low case as a “Republic of Cyprus-jurisdiction investigation” and has on several occasions unofficially tried to nudge Turkey and the Turkish Cypriots into handing over the two suspects, but to no avail.

A spokesperson for the British High Commission in Nicosia told the Mail that it is unable to step in to push things along.

“We continue to offer all the support we can to the families at this difficult time, and remain in regular contact with them,” the spokesperson said.

“We cannot interfere in another country’s investigation, but continue to ensure our concerns, and those of the victims’ families, are understood.”

A country as influential in Cyprus as the UK, the United Nations’ peacekeeping force on the island, the island’s two communities, and common sense, have yet to resolve such a largely procedural issue, cooperation in which, per the ECHR, need not necessarily amount to recognition.

But Kapardis insists that, save for a comprehensive solution to the Cyprus problem, there is simply no way for such cooperation to take place, officially or unofficially.

“The only way to do it would be to ignore the constitution.”

Our View: No predicting how Erdogan will behave, win or lose on Sunday