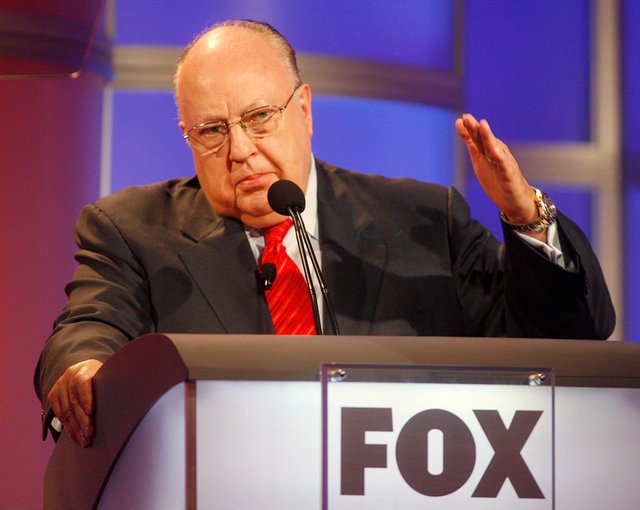 Roger Ailes, founder and former chief executive of Fox News, the cable news channel popular with conservatives that helped reshape the US political landscape, has died at age 77.

Ailes’ widow, Elizabeth Ailes, announced his death in a statement posted on the Fox News website on Thursday. The cause of death was not immediately known.

He resigned from Fox News last July following allegations of sexual harassment, marking an abrupt end to his 20-year reign at the most-watched cable channel in the United States.

Fox News, which Ailes started in 1996 with the backing of media mogul Rupert Murdoch, raised the temperature of on-air debate on US television, generally taking a hardline conservative view. It has had a mixed relationship with US President Donald Trump, a longtime friend of Ailes, but was instrumental in his election victory in November.

Ailes received a severance package of about $40 million when he left Fox News, owned by Twenty-First Century Fox Inc , according to a source familiar with the situation. He went on to serve as an informal adviser to Murdoch.

“Everybody at Fox News is shocked and grieved by the death of Roger Ailes,” Murdoch said in a statement.

“Roger and I shared a big idea which he executed in a way no one else could have,” he added. “Roger was a patriot, who never ceased fighting for his beliefs.”

“Today America lost one of its great patriotic warriors,” he said in a statement read on the channel. “For decades, RA (Roger Ailes) has impacted American politics and media. He has dramatically and forever changed the political and the media landscape single-handedly for the better.”

Democrats also weighed in on someone they often saw as a foe. “I knew Ailes. Competed against him in campaigns,” said David Axelrod, ex-adviser to former President Barack Obama, on Twitter. “Railed against him many times. But appreciated our frank, back-channel conversations.”

Neither Ailes’ wife nor Fox released any details on the circumstances of his death. He suffered from hemophilia, according to a source familiar with the matter.

Gabriel Sherman, a reporter who wrote a biography of Ailes, said on Twitter that Ailes died after suffering a blood clot from a fall in Palm Beach, Florida, citing two family friends. Reuters could not immediately confirm Sherman’s report.

Fox has been roiled by sexual harassment claims for more than a year, which prompted Ailes’ exit last summer and in April forced the departure of Bill O’Reilly, the channel’s most-watched host, after the New York Times reported that Fox and O’Reilly had paid five women a total of $13 million to settle harassment claims.

Bill Shine, co-president of Fox News who had been at the channel since its inception, also left earlier this month. Despite the high-profile departures, Fox News ratings have remained strong.

Ailes and Fox News face several sex and race discrimination lawsuits from current and former anchors and other employees. Fox News is also the subject of a U.S. Justice Department investigation, CNN and New York magazine have reported, although Reuters has not confirmed those reports.

Ailes was a defendant in a pending sexual harassment case brought by Fox News contributor Julie Roginsky, who says she was denied a full-time job after rejecting Ailes’ advances.

In a separate case, former Fox News anchor Andrea Tantaros said Ailes and the network spied on her and hacked her phone and computer after she complained of harassment by Ailes.

It is not clear how those lawsuits will progress after Ailes’ death, but in the normal course of such cases, his estate would become the defendant in his place, according to a lawyer involved in one of the cases.

Ailes’ chief lawyer Susan Estrich did not respond to a request for comment.

Before his death, Ailes took steps to limit any financial loss from lawsuits against him. He bought an oceanfront home in Palm Beach, Florida, for $36 million shortly after leaving Fox News and declared himself a state resident, according to public records.

The moves allowed Ailes to take advantage of Florida “homestead” laws that protect residential property from claims by creditors, according to Lee-Ford Tritt, a professor of estates and trusts at the University of Florida.

The legal protections will likely pass onto his wife, who would typically inherit control of the house under Florida law barring a prenuptial agreement to the contrary, Tritt said.

Ailes also owned homes in Cresskill, New Jersey, and Garrison, New York. The Cresskill home was up for sale at the time of his death, according to public records.