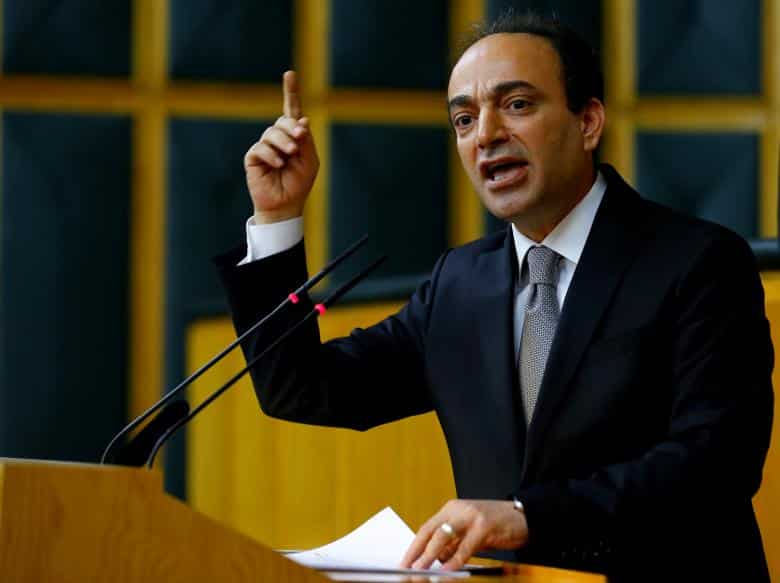 FILE PHOTO: Osman Baydemir, spokesman for the Peoples' Democratic Party (HDP), addresses members of parliament from his party during a meeting at the Turkish parliament in Ankara, Turkey April 18, 2017. Picture taken April 18, 2017

Turkish authorities briefly detained the spokesman of the pro-Kurdish Peoples’ Democratic Party (HDP) for insulting police on Friday, a party lawmaker said, the latest detention of a high-profile politician from the pro-Kurdish opposition.

Baydemir, 46, was elected to the Turkish parliament in 2014. In addition to representing the southeastern province of Sanliurfa, he also serves as the HDP’s national spokesman.

More than a dozen HDP lawmakers have been jailed, mostly due to alleged links with the Kurdistan Workers’ Party (PKK), which has waged an insurgency against Turkey for more than three decades. The HDP denies direct ties to the PKK, which is considered a terrorist organisation by the United States, Turkey and the European Union.

The party’s co-leaders, Selahattin Demirtas and Figen Yuksekdag, have also been jailed, which handicapped its campaign against the April referendum to change the constitution and grant President Tayyip Erodgan sweeping new powers. Turks narrowly backed the constitutional change on April 16.

The HDP says as many as 5,000 of its members have been detained as part of a crackdown that followed last year’s failed coup, and which rights groups say targets dissent.

Prosecutors want Demirtas jailed for 142 years and Yuksekdag for up to 83 years on charges of terrorist group propaganda. Demirtas was sentenced in February for “insulting the Turkish people, the government and state institutions”.

A ceasefire between the Turkish state and the PKK broke down in July 2015 and the southeast subsequently saw some of the worst violence since the PKK launched its insurgency in 1984.